Silicon Valley is one of the best comedies on television and it has the Emmy Nominations to prove it!

Season 3 of the hit series is coming out on blu-ray April 11th and thanks to the fine folks at HBO Entertainment we have a copy to giveaway!

How awesome is that? 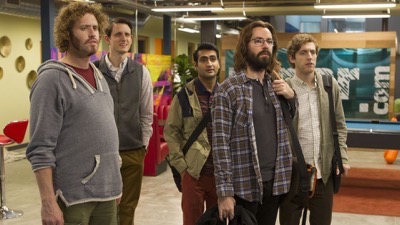 Season 3 of Silicon Valley, the hit HBO series that “…nails both palpable tension and biting humor” (Entertainment Weekly), is set to make its Home Entertainment debut this spring. Season 3 of the series was its most-nominated season to date, garnering 11 Emmy nominations including Outstanding Comedy Series and Outstanding Lead Actor in a Comedy Series (Thomas Middleditch). Boasting a 100% “Fresh” rating on Rotten Tomatoes, Silicon Valley: The Complete Third Season will feature all ten Season 3 episodes and hilarious deleted scenes.

​From Mike Judge and Alec Berg comes a new season of the Emmy-nominated comedy that takes viewers inside Silicon Valley’s high-tech gold rush: a land of big ideas and bigger egos. After last season’s shocking ending, which found Pied Piper celebrating legal victory just as Richard (Thomas Middleditch) was ousted as CEO, Season 3 picks up where we left off, with Richard offered the diminished role of CTO and the rest of his team – Erlich (T.J. Miller), Jared (Zach Woods), Dinesh (Kumail Nanjiani) and Gilfoyle (Martin Starr) – facing the question of just how far their loyalty extends. With a new no-nonsense CEO hell-bent on transforming everything from Pied Piper’s offices to its business agenda, the guys must find a way to triumph in the war of Art vs. Commerce, maneuvering the many competing interests along the way. 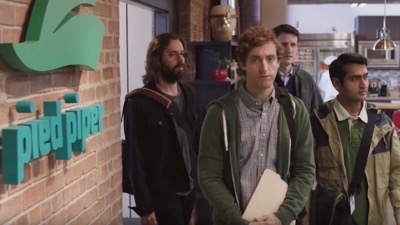 Check out Silicon Valley: The Complete Third Season on Amazon to grab your own copy!