It’s time for Mary Poppins Returns to drop on Blu-ray! If you haven’t seen the film, Emily Blunt is amazing in the title role. She really embodies Mary Poppins and does a fantastic job!

Thanks to our friends at Disney, we have a copy with some bonus swag to giveaway. Woo to the hoo!

I think you’ll love it!

Check out the information below!

The One-and-Only Mary Poppins Is Back

and Nominated for Four Academy Awards®, Including Best Original Song 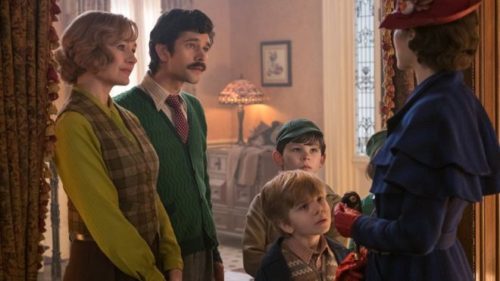 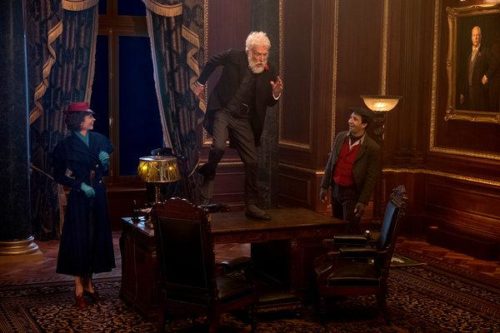 Bonus material explores the making of “Mary Poppins Returns,” going behind the scenes with the star-studded cast and crew who collaborated to make even the impossible possible. Extensive extras include a trip down Cherry Tree Lane with original cast member Dick Van Dyke, a sing-along version including the heartfelt Academy Award®-nominated “The Place Where Lost Things Go,” bloopers, deleted scenes, a deleted song and filmmaker commentary. Features also reveal the magic and moxie that went into creating large-scale musical production numbers, such as “Trip a Little Light Fantastic,” a rousing song-and-dance number led by Jack and his fellow lamplighters; “The Royal Doulton Music Hall” and “A Cover Is Not the Book,” showcasing the tremendous talents of  Blunt and Miranda; “Turning Turtle,” an upside-down sequence featuring Meryl Streep as Mary’s eccentric Cousin Topsy; and “Can You Imagine That?” an underwater adventure with Mary Poppins and the Banks children. 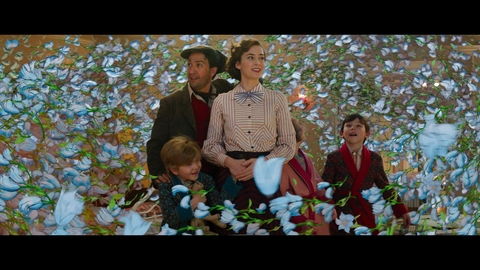 In “Mary Poppins Returns,” Michael Banks (Ben Whishaw) — just a child when Mary Poppins first visited 17 Cherry Tree Lane — is now a grown man raising his children Annabel (Pixie Davies), John (Nathanael Saleh) and Georgie (Joel Dawson) with help from his sister Jane (Emily Mortimer). Times are tough in Depression-era London but the winds begin to change and the enigmatic governess, whose unique magical skills can turn any ordinary task into a fantastic adventure, enters the lives of the Banks family once again, having not aged a single day. Teaming up with an old friend, Jack, they take the Banks children on a series of whimsical adventures, encountering colorful characters like Mary’s eccentric Cousin Topsy (Streep), Jack’s lovable band of leeries and bank executives William Weatherall Wilkins (Colin Firth) and Mr. Dawes Jr. (Van Dyke) — bringing life, love and laughter back into the home. 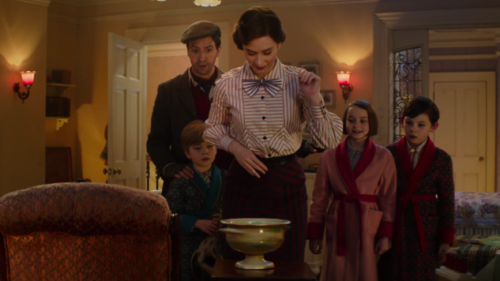 “Mary Poppins Returns” will be packaged and released in several different formats, giving families the flexibility to watch it on a variety of different devices. Viewers can instantly watch the film in Digital UHD, HD and SD, and bring home a physical copy of the film as the Ultimate Collector’s Edition (4K UHD, Blu-ray and Digital Code), Multi-Screen Edition (Blu-ray, DVD and Digital Code), a single DVD or a Digital Bundle with both “Mary Poppins Returns” and the 1964 classic “Mary Poppins.” 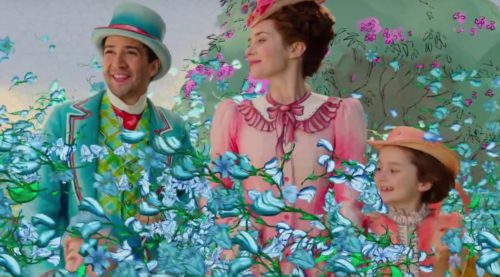 “Mary Poppins Returns” is produced by John DeLuca, p.g.a., Rob Marshall, p.g.a., and Marc Platt, p.g.a., with Callum McDougall serving as executive producer. The film features all-new original songs with music by Marc Shaiman and lyrics by Scott Wittman and Shaiman, as well as an original film score by Shaiman.