Resistance is a new alternative history film, much like Amazon’s The Man in the High Castle. It’s a unique and interesting thriller that I think you’ll really love. Plus, it stars one of my favorites, Mr. Michael Sheen. The man has been in Underworld, Tron: Legacy, Masters of Sex, I mean come on! What else is there to say?

The film is out now on DVD and thanks to our awesome friends at Omnibus Entertainment we have three copies to giveaway! I know what you’re thinking, “OMG that’s awesome!” And… You would be right.

D-DAY HAS FAILED AND BRITAIN IS UNDER NAZI OCCUPATION
IN RESISTANCE, AN ALTERNATE HISTORY DRAMA ARRIVING
MARCH 7TH ON DVD & DIGITAL FROM OMNIBUS ENTERTAINMENT
“Cult status may yet arrive for this strange, atmospheric movie.”
— Peter Bradshaw, The Guardian
Michael Sheen (“Masters of Sex”) and “Game of Thrones” stars Iwan Rheon and Tom Wlaschiha Join Andrea Riseborough in this compelling drama. Based on the Acclaimed Novel by Owen Sheers 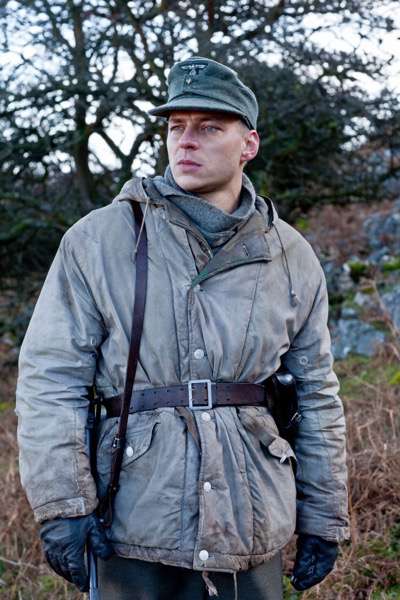 What if D-Day had failed and the Third Reich continued to roll across Europe?  Following in the alternate history footsteps of “The Man in the High Castle” and “Fatherland,” RESISTANCE shines a light on the little known British Resistance Organization (BRO), Churchill’s top-secret and highly trained civilian army designed to wreak havoc on occupying enemy forces.  This BAFTA Award-winning revisionist drama will be available on DVD and Digital on March 7th from Omnibus Entertainment, the specialty label of award-winning independent and foreign film distributor Film Movement. 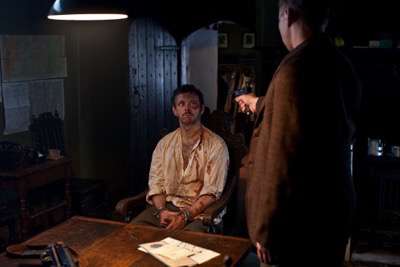 Starring Michael Sheen (“Masters of Sex”, Nocturnal Animals, Underworld), Andrea Riseborough (Birdman, Oblivion) and “Game of Thrones” stars Iwan Rheon and Tom Wlaschiha, RESISTANCE, based on the acclaimed novel by Owen Sheers is set in Nazi-occupied Britain.  D-Day has failed, and, as Panzer divisions and Nazi troops sweep westward across the dispirited countryside, Sarah Lewis (Riseborough), a young Welsh farmer’s wife, awakens to find that her husband, along with all the other men are gone – presumably having fled the village to join the top-secret BRO.  Shortly thereafter, a small Wehrmacht platoon arrives in the pastoral countryside and sets up an outpost in the valley to root out the resistance. And when the severe winter forces them to cooperate with the locals, Sarah befriends the commanding officer, Albrecht (Wlaschiha), and the lines between collaboration, duty, occupation and survival are put to the test. Called “abeautiful, elliptical war film with the haunting qualities of a ghost story” byEmpire Magazine, RESISTANCE was nominated for the prestigious Cinevision Award at the Berlin Film Festival and a BAFTA Cymru Winner for Best Actress (Sharon Morgan). 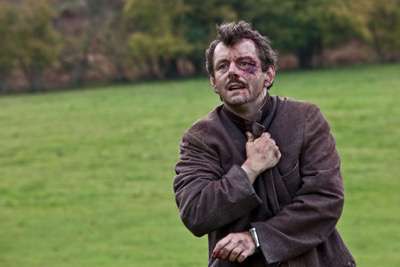 The DVD of RESISTANCE is available to own from FilmMovement.com, Amazon.com, Walmart, and other retailers. 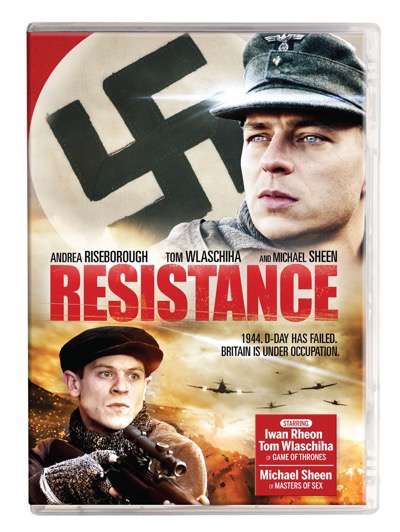 Check out this exclusive clip from the film.

The clip below, featuring Martin Sheen is another exclusive.

Check out Resistance on Amazon to grab your own copy!