This is like a double fail, well… Can you have a triple fail? Hmmm… Pinky and I saw a random event that was going to have Oz and Pike… I mean Seth Green and Luke Perry. Yep, two members of the Buffy-verse, together in one place.

How could I not go?

Fail #1 – Both Pinky and Lindsay (from the awesome I Am Not A Stalker.com) post photos from the night of fails and made no mention of that I was there. I’m not bitter. But I say Harrumph! Not even a casual “Mike wouldn’t consider this a celebrity” nothing… 🙁

Moving forward… We arrived to the theater. This event was for a reading called “Pieces of Ass” Hmmm Interesting. 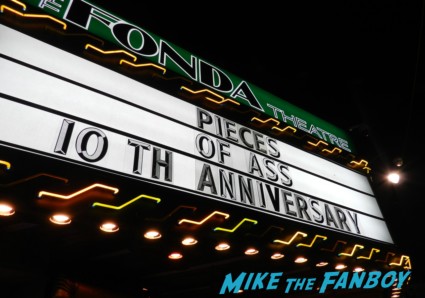 When I arrived Pinks and Linds were on the scene and hunting down “celebs for photos.” I use the word “celebs” in quotes because… Well… They were looking for some real housewife yadda yadda. Now, I’m not judging, but I don’t think that Reality = Star. Just saying. 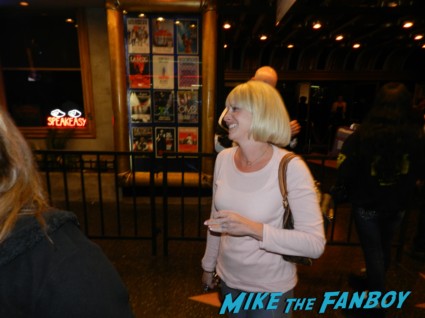 Still, I’m addicted to Food Network. Even I’m not immune to the charms of reality TV.

I’m honestly here for Luke Perry. I know, 9021-wha? No, for me, Luke Perry is Pike from Buffy The Vampire Slayer. I have the original coffin press kit, screening ticket, mini poster and more. Yeah, I know I’m nuts.

We’re here waiting and waiting… So far nothing.

Linds is super stoked for the reality Vanderplump woman… God love her. I’m bee lining for Luke Perry. He has to show up right? Sigh… Oh and yeah Cameron Diaz is supposed to show. Cough… Yah right?

I have to tell you, there is nothing like watching Pinky spot people at an event. You’ll be in the middle of a conversation and it will be like, “Yeah Pinky, I love Star Tre—” and there she goes! To where, to see who? Just gone.

Holy crap, there’s Moby! I wish I had something for him to sign, however I don’t. He’s super nice though. I probably should get a photo with him, but really I’m here for Seth Green and Luke Perry so I’ll wait. 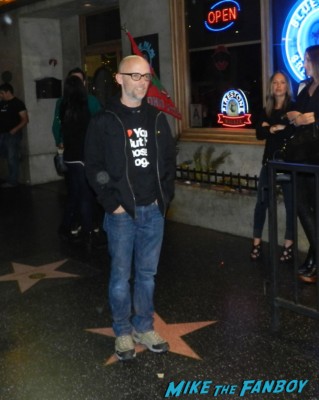 Next arrival is Lance Bass. 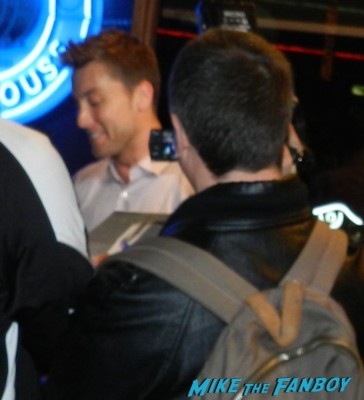 He’s nice, signing autographs, but alas I don’t have anything once again. So.. Bye Bye Bye… Sorry, had to be done. LOL… 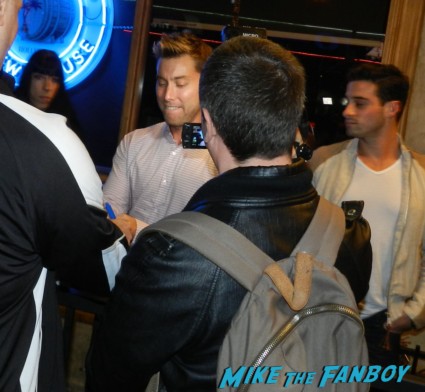 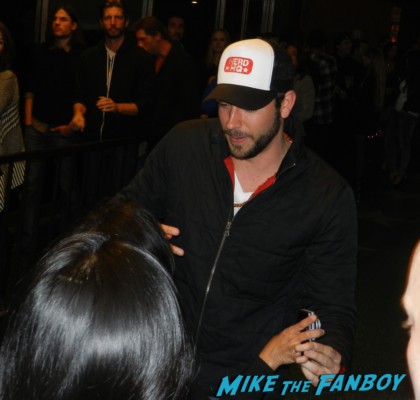 I never got into Chuck, but Zach is so so so nice. One person asked Zachary Levi to sign an autograph but wouldn’t give him a name, so he said he wouldn’t sign her photo. LOL… 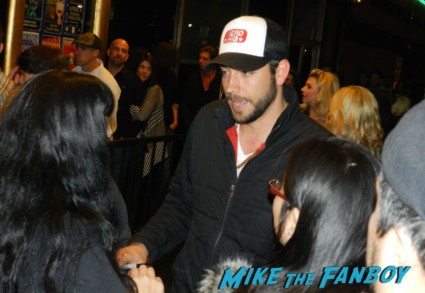 OMG… A half naked old dude! He’s seriously, not in shape and is walking around Hollywood… Why Lord why? I swear, I have to wash my eyes in bleach.. 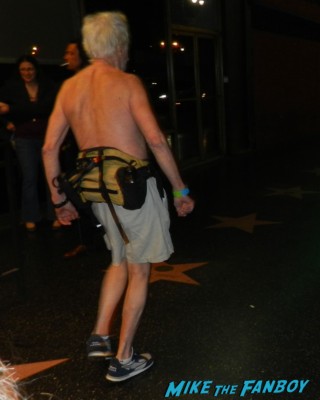 Now the dude is trying to get inside the show. 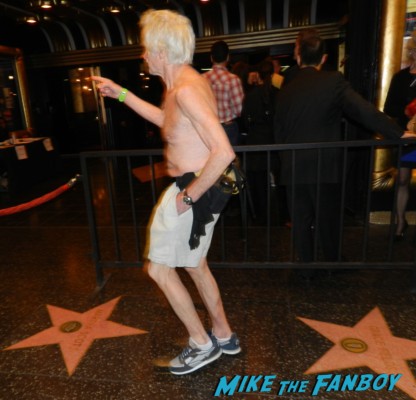 I mean it is called Pieces of Ass… So, I suppose you can be really literal if you want. 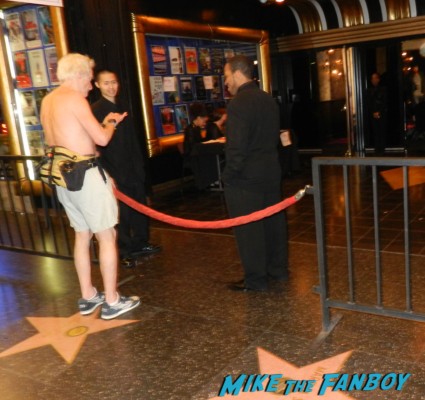 Pinky is getting a photo with some random girl. 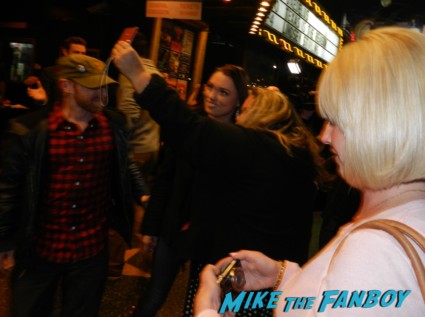 Oh and there’s Seth Green. I whip out my Buffy The Vampire Slayer figure for him and he’s really nice. Not like, I’m going to braid your hair nice but he was cool. 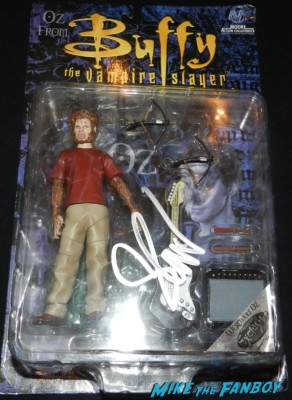 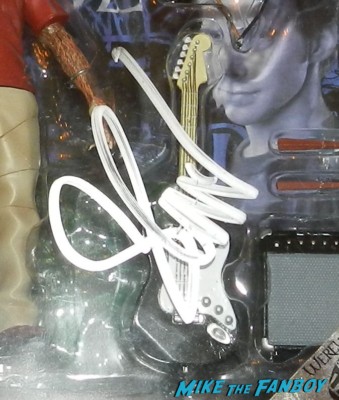 Suddenly Pinky springs into action! She spies the biggest star here… Tom Green! I know, stop. Fan yourself… Tom Green is here. He didn’t get fingered he showed up to Pieces of Ass.

Pinky was really excited and ran right up to Tom. What does Tom Green say, “hold on one second but sure!” He goes inside the metal gate and Pinky blinks longingly from the sidelines.

Tom Green is about to head inside but turns to Pinky and holds up his finger and says, “I’ll be back, one second.” Pinky clutched the metal gate and watched Tom Green climb down the red carpet and walk right inside to his seat. Doh! 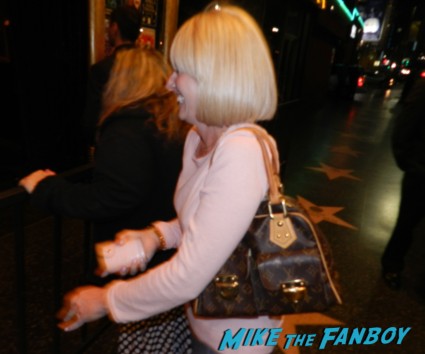 That one balled bastard was just being a total ass. Ugh… It just pisses me off when people are jerks! 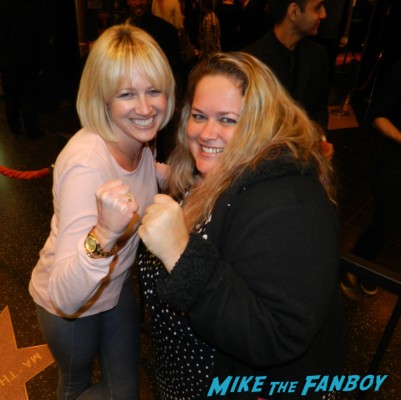 On the way back, I grabbed a ride with Linds and I saw her bumper sticker it says, “Driver under the influence of Michael Buble.” 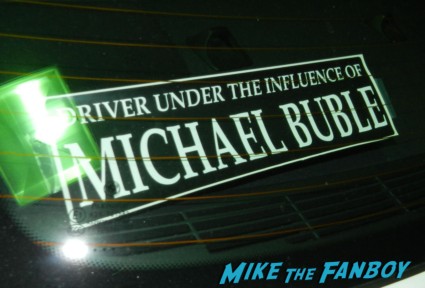 And that as we say is that. I did get one thing signed but it wasn’t what I was really looking for. Oh well… You win some you lose some!