Gulp! Well… The Coronavirus is taking its toll on the world. So many conventions are getting cancelled, NBC’s Peacock live, and even SXSW.

Universal has decided to postpone Peacock Live!, its first-ever two-day fan festival, which was scheduled to take place March 28-29, 2020 at Universal Studios Hollywood.The event’s postponement is due to “uncertainty surrounding some of the event’s programming elements.” Obviously, the elephant in the room is the possible precaution due to the impact of the Coronavirus (COVID-19).

A look at a ‘Star Wars’ fan’s Raptor truck

Trey Laymon of Oskaloosa, Iowa, is such a big “Star Wars” fan, he owns a truck decorated with images from the movie franchise. He displayed his truck at a recent “Star Wars” convention in Chicago. BY TREY LAYMON

Trey Laymon of Oskaloosa, Iowa, is such a big “Star Wars” fan, he owns a truck decorated with images from the movie franchise. He displayed his truck at a recent “Star Wars” convention in Chicago.
Nationals change autograph protocol out of caution for coronavirus

The Washington Nationals are the latest sports team to change how players sign autographs for fans due to fears of spreading coronavirus.Rather than accepting items from fans to sign during spring training, the Nationals will only distribute pre-signed items, including during their “Spring Training Signature Sundays” while in West Palm Beach, Florida for the next few weeks.

Daniel Craig was seen greeting fans in New York on Wednesday, hours after it was revealed that the release of his James Bond film has been delayed by seven months.The British actor, who celebrated his 52nd birthday on Monday, was bombarded with autograph requests from fans – many of whom were armed with 007-themed promo shots and memorabilia – as he made his way to the Big Apple’s Restaurant Row. 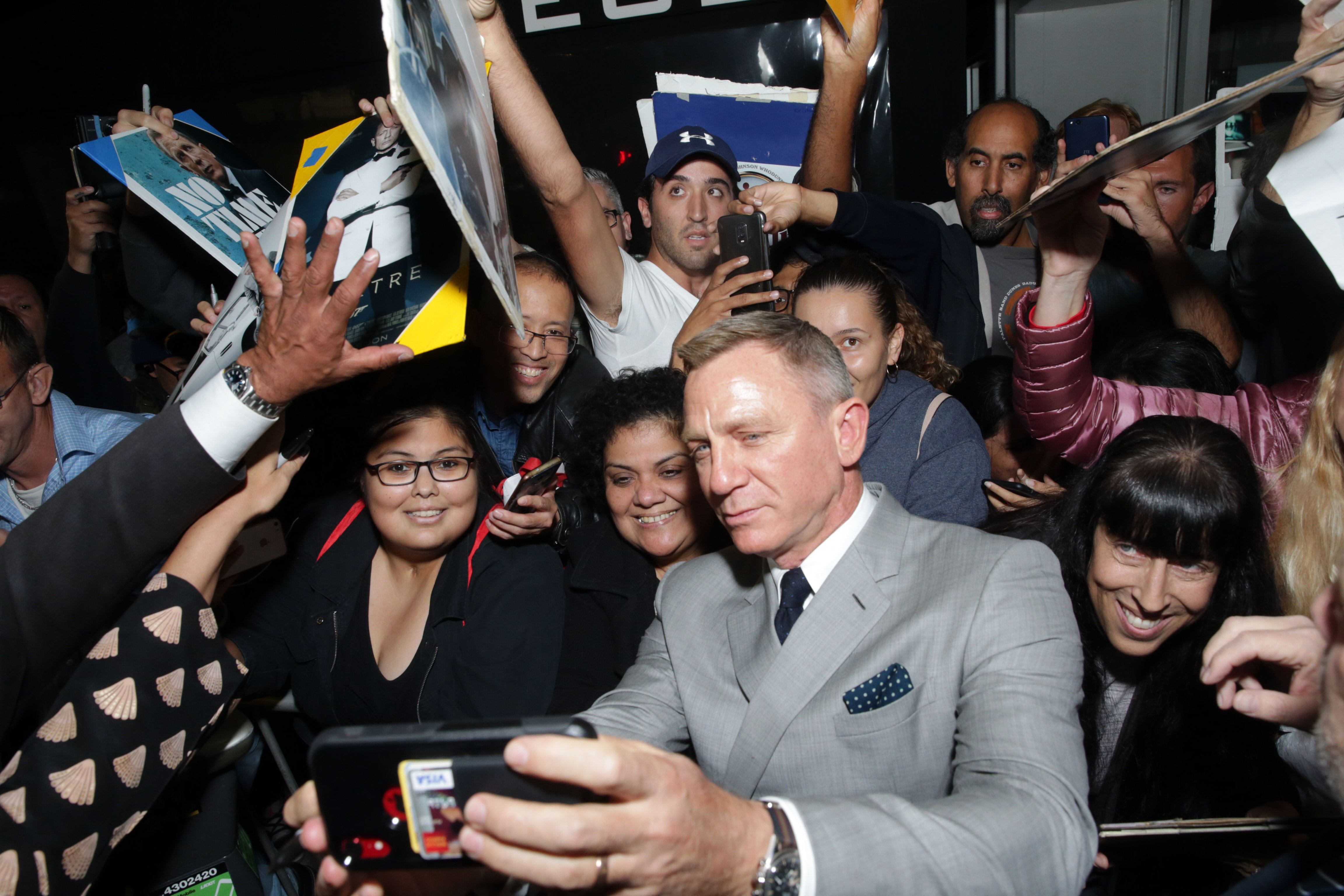 No more autographs? Jazz, NBA figuring out how to deal with coronavirus

More than an hour before tipoff on Wednesday, eager fans clutching Donovan Mitchell jerseys in their hands positioned themselves near the tunnel hoping for an autograph from the Utah Jazz’s young star.But they wouldn’t get a chance on this night.

It was 80 degrees with a gentle breeze, an impossibly blue desert sky above as a throng of fans clamored over the railing at Tempe Diablo Stadium, pens in hand, ready to engage in one of baseball’s most timeless pursuits.Yet at a time when Major League Baseball is aiming to increase engagement, its most basic and perhaps most human act of player-fan interaction was under an invisible siege.

The Los Angeles Lakers on Friday clinched a playoff berth for the first time since 2013.The National Basketball Association on Friday night issued a memo to teams informing them of the potential of games being held without fans in the arena due to the coronavirus outbreak.

The Philadelphia Phillies are instituting a new autograph policy during spring training in Clearwater, Florida over coronavirus concerns. The Phillies say the change was made as a precautionary measure based on CDC guidelines.