So much good stuff this week. Seth Rollins Disses a kid asking for an autograph, Mickey Mantle Collection for sale and more!

The Evolving Art of Autograph Collecting

Autograph collecting is certainly considered a specialized niche of the market – so much so that the world’s biggest collector calls himself ‘crazy’. But there’s an art to the madness. MutualArt spoke to auction house expert Richard Hall and collector Pedro Corrêa do Lago to find out more. 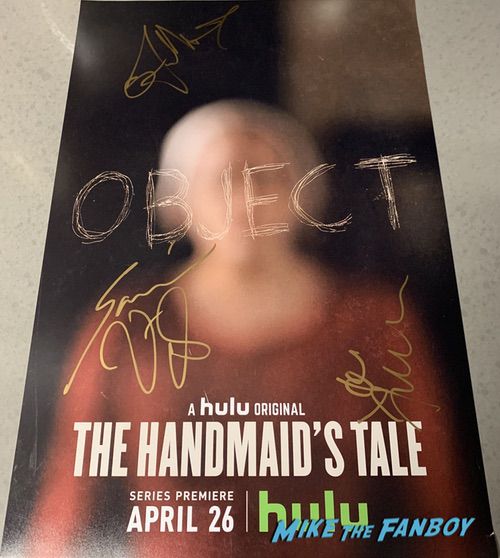 It’s been quite a ride for Tom Brady…and for his football cards. No player’s rookie cards have increased in value as much as the five-time Super Bowl winner who could make history with a sixth title if the Patriots can beat the Rams on Sunday.

Who has pics to share from today? Who was your fave person to meet? pic.twitter.com/OkhSUoo46W

What does your name signify? When writing your signature – whether on a birthday card or a legal document – does it any longer carry ‘weight’, a certifying of your authenticity in the contactless age?Biometric technology and the increasing use of artificial intelligence will only make the days when writing a cheque, letter or licking a stamp seem as outmoded as riding a Penny Farthing bicycle, writes Nigel Kirk.

Seth Rollins is incredibly busy and tonight is the WWE Royal Rumble. Therefore, he could be in for a very eventful night. He might even be slated to face Brock Lesnar at WrestleMania so we will have to see how things pan out.Rollins was apparently so busy that he couldn’t sign an autograph for a kid in his hotel. True, during the Royal Rumble there is a place called Axxess where this kind of thing is paid for, but Rollins didn’t seem to win over a fan who allegidly witnessed it go down.

Told you he is an asshole

Every year, some of the biggest actors and actresses from film, television, and pop culture convene in Washington, D.C., for the annual Awesome Con. This convention is the largest in the area, bringing over 70,000 fans together to celebrate geek culture, TV/film, comics, and games with some of their favorite celebrities and special guests.

Fans and collectors attending the Super Bowl Experience in Atlanta are getting a chance to grab some autographs and see a lot of memorabilia. Patrick Mahomes and Baker Mayfield were among those signing for free Thursday night. Other rookies were on the docket as well.There are also some deals going on before the big game between player agents and memorabilia companies. The agents are hoping to negotiate some contracts for player autographs and endorsements that would come into play immediately after the game if their guy winds up as an MVP or makes a play that will be remembered for a long time (think David Tyree).

From 1977 until his passing last October, Ed Kubina, a fourth grade teacher in Newburgh, NY, devoted his life to his family, his job, and collecting autographs and baseball cards. The focus of his collection: his boyhood idol, Mickey Mantle.“Over the years we went to every card show Mickey signed at in the Northeast,” Kubina’s 51-year-old daughter, Deirdre Leary, told me from Newburgh. “These were our family vacations, which my dad always turned into adventures. He went to well over 100 shows through the years in his quest for the signatures of players like Mickey, Ted Williams, and Joe DiMaggio.”

When it comes to the Super Bowl, fans will be shelling out big money, not just on tickets, but also for signed memorabilia.Signed jerseys, helmets and more from this year’s Super Bowl will be expected to fetch command prices. But with such high demand, the experts say count on counterfeits.