It’s always awesome to hear everyone’s stories, especially when they are a huge fan of something. Sydney loves Harry Potter and was lucky enough to be in New York when the premiere of Fantastic Beasts took place this week!

He headed out and not only got most of the cast to sign his Marauder’s Map but also was given tickets to the premiere!

You can’t beat that!

Every fan remembers the first time they became a fan of something they love. Sports, Star Wars, Star Trek, Comics, LOTR, GOT, Walking Dead, etc. I became a Harry Potter fan back in early 1999 when I was forced to read Harry Potter and the Sorcerer’s Stone. I was hooked. Since then I’ve read every book more than once, saw all the movies, and made mutual friends because of the book. Thursday night November 10, 2016 would become one of the best fanboy nights of my life after meeting J.K.Rowling and winning tickets to see the premiere of Fantastic Beasts and Where to Find them.

I went to the premiere to check it out. I’ve never been to a premiere before. When I got off the train into Manhattan, I walked into Warwick Davis. Luckily, I was walking around with my Harry Potter Marauder’s Map for such a reason. Warwick was very nice and signed the map for me. After that, I headed to Lincoln Center’s Alice Tully Hall, the location of the premiere. Outside the premiere was filled with lots of Potter fans dressed up and excited for that night. Everyone waited hours for it to start. An hour before the premiere started, the celebrities began to show up. The first person to show up was J.K. Rowling. Rowling got out of her car and walked over to her fans. She signed autographs and took photos with most of the fans outside the Hall. She even signed my map. 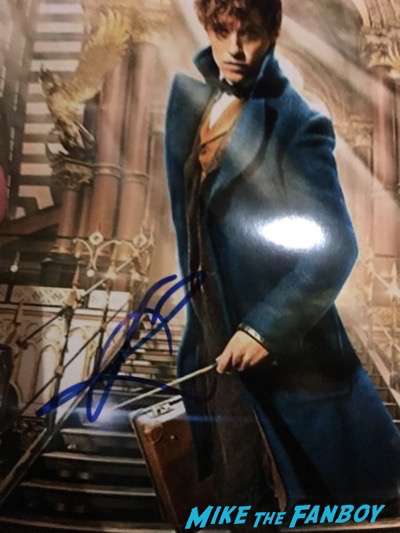 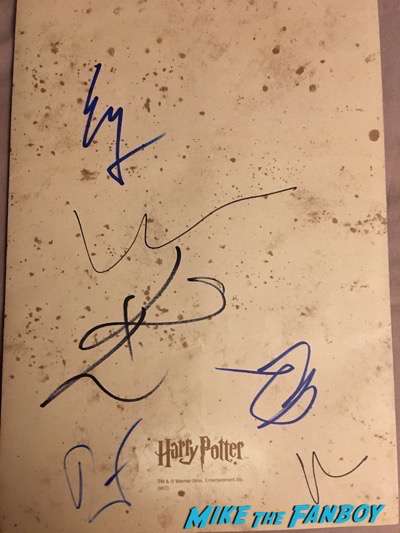 After the celebrities went inside, J.K. Rowling sent someone to give random fans tickets to the premiere. I was lucky to get two. I called my friend who lived nearby and both of us went to the premiere. 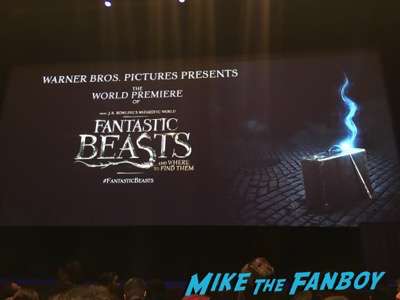 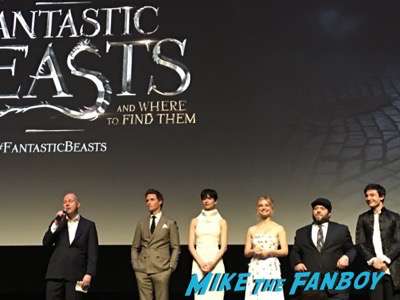 The movie was incredible. It was funny and full of wit. Newt and his friends are a wonderfully unique addition to the Wizarding World.