Dare to be Stupid, it’s not so easy to do…

You can’t ask for much more than that right?

“Weird Al” Yankovic has been the king of parody for 30 years, but a barometer of pop culture as well. When I heard he was doing a CD signing at the Amoeba Records for his new album “Mandatory Fun” is his 14th studio album. I had to go out and meet him. 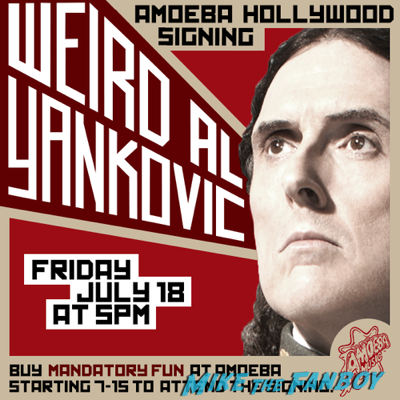 The event started at 5:00 pm and I arrived a few hours early to buy my CD and pick up my wristband. The flyer says the line forms at 4:00 pm. So I looked around the store and grab something to eat to kill some time. 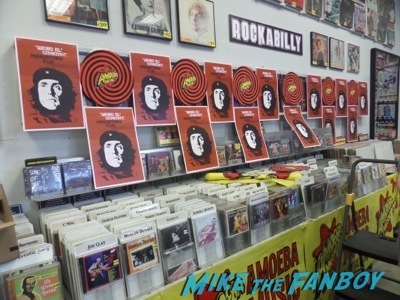 By the time I came back, there were already twenty people lined up on the side of the store. I patiently waited for about an hour and then the staff let us in one group at a time. Weird Al shows up and sits at the signing table ready to go. 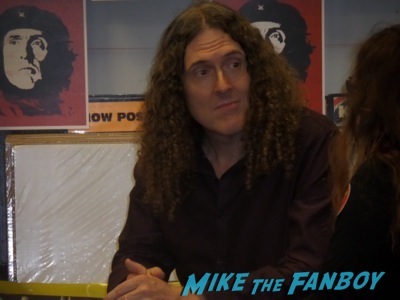 Weird Al spent a bit of time smiling, cracking jokes with fans and just a all around swell guy. 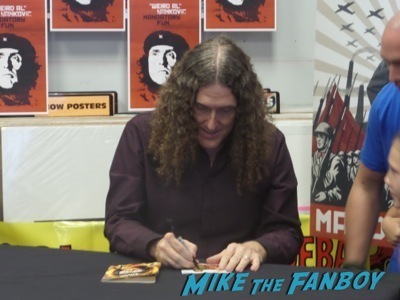 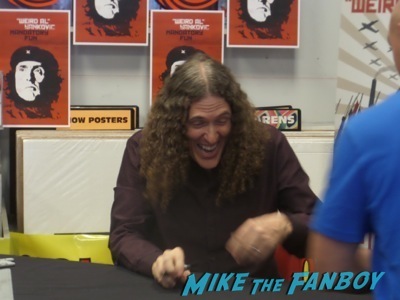 When it was my turn, I gave him the CD, he signed it, and I got my photo op with a professional photographer. He shook my hand and thank me for coming and I went on my way. 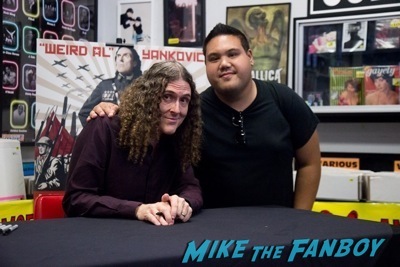 I like when events are well organized and go well as planned and smoothly like this. Until next time! 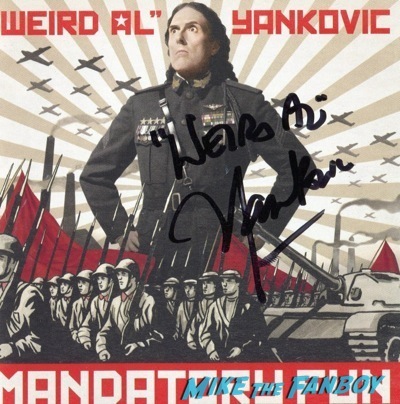