Florence Welch is one of my favorite singers to come onto the scene in the past couple years. In fact her voice is so captivating it sends shivers down my back. Literally. And I’m happy that she’s getting such recognition, her new single Shake It Out is awesome, it’s one of those slow burns where it takes a second to sink in, but when it does… Man… It ROCKS!

Florence is on the cover of British Vogue magazine, talk about getting exposure! For their January 2012 issue, Florence talks about music, her life and more… The photo shoot is also pretty damn impressive as well!

Check out the January 2012 issue of Vogue Magazine on shelves soon! And check out the photo shoot after the jump! 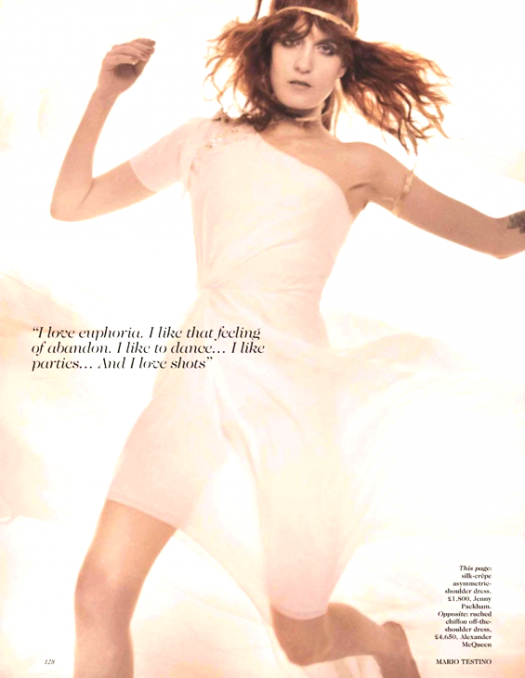 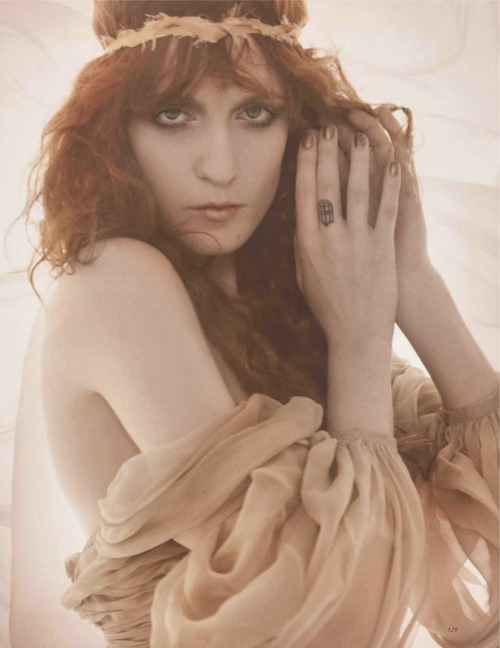 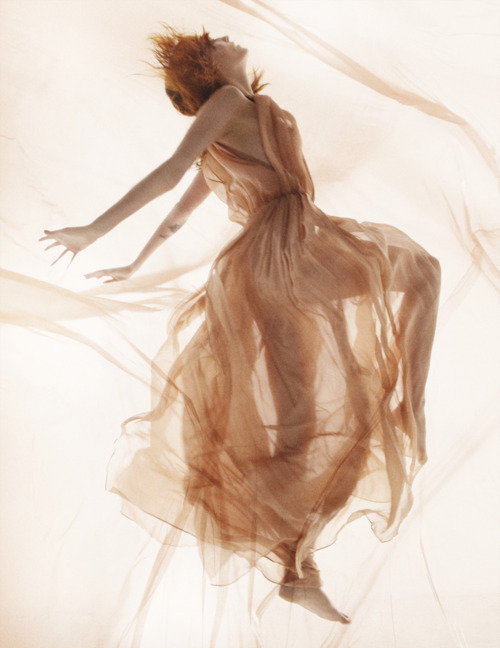 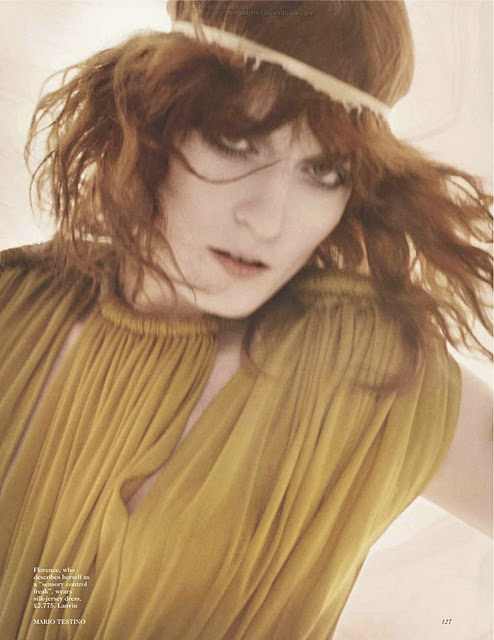 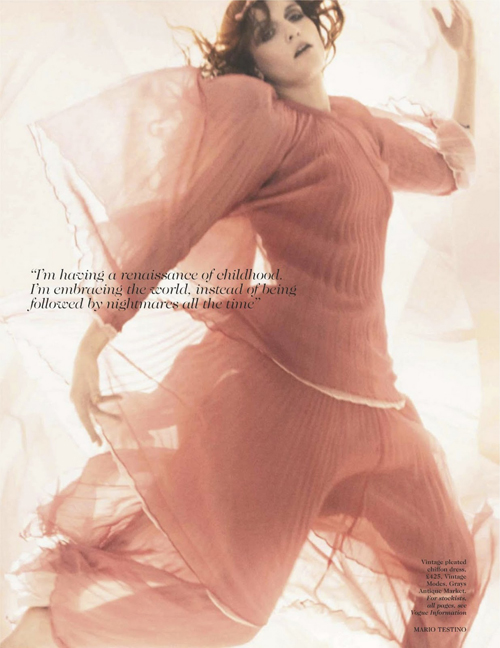 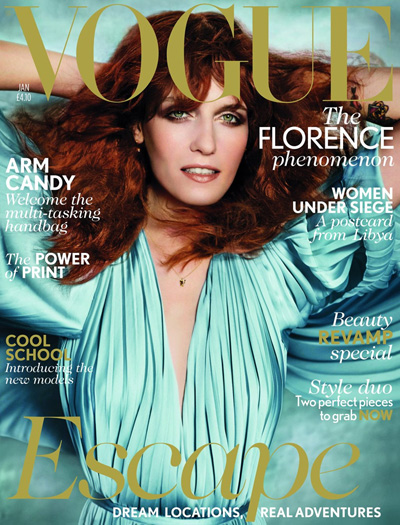