Paul headed out for Dark Knight star Gary Oldman and what happened? Nothing! Doh! Don’t you have those fail nights? Man oh man… You just never know, even with people who are really nice!

But Paul did have some success with Kevin Nealon, random wrestlers and more!

I was hopeful to get screen icon gary oldman at a talkshow yet arrived to find several Seattle Seahawks fans lined up for the other guests (it’s a pretty well known fact that pro athletes don’t sign at talk shows and are pretty good at ignoring fans) and am met by the usual cast of characters including Hollywood superman who was being filmed for the show and cbs apparently he witnessed a man breaking into a cop car on Hollywood blvd. 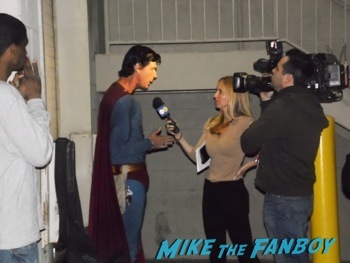 I then walk over to the laugh factory for an all star night of comedy from Kevin nealon, David spade, norm McDonald and russell peters I have my poster for razzies darling “bucky Larson born to be a star” for Kevin to sign and walk past a certain restaurant and spot kevin going through his material at the window. 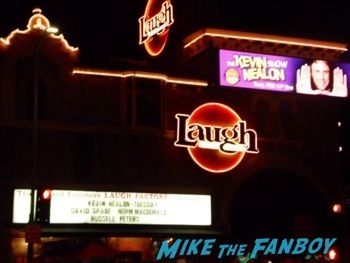 I wait for him to depart and politely ask him to sign my poster and he does I then ask if he can inscribe a line involving john Mayer which he laughingly declines I then precede to meet up with my group of pals and enjoyed the show btw if you go to the laugh factory there is a two drink minimum so make a budget for that.

Show was quite funny and all new material from each act after the show I depart back to Hollywood and while walking I discover a small film crew and wwe superstar Rob Van Dam, and super manager Paul Heyman now I love wwe and cm punk is a favorite so I’m having a go nuts moment and since I am still in comedy land I can’t remember Paul’s name but politely ask rob after describing the guys career (don’t you hate when that happens) 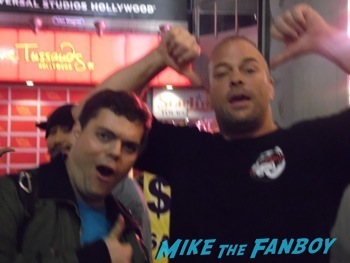 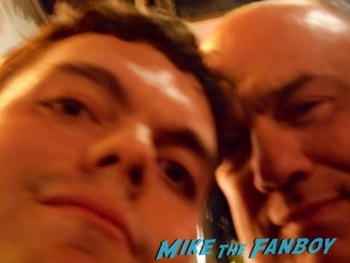 both guys were really cool and were being interviewed by goddess adult icon Bree Olson she was kinda too busy for a photo but I did tell her about a friend who worked in an adult store that he made a Bree Olson video display which she found amusing and was nice.

I then precede to call it a night after paying respect to Shirley Temple Black! 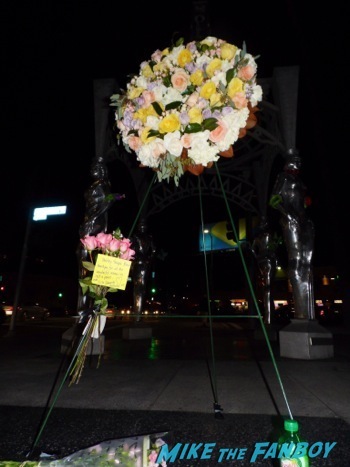