With Blade Runner about to hit theaters, what a great time for a Throwback Thurs with Harrison Ford!

Check out The recap below!

So, here’s where I had planned to write my Fanboy Fail Friday and now… Well… I had a pretty damn good success!

Not that I’m complaining mind you.

Today, Han Solo AKA Harrison Ford was doing a rare talk show appearance and I headed down even though I had little hope that he would come over. The last two or three times he ran out so that didn’t happen.

And yet we try and try. There were about 60 people there by the time I arrived and I took my place in line. 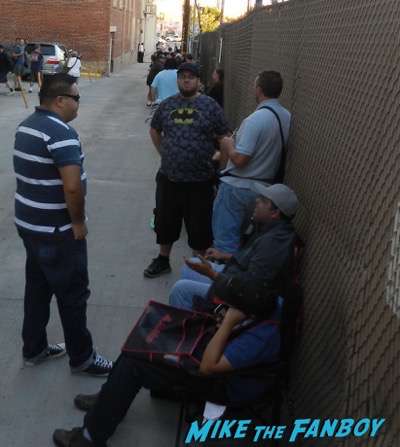 It was nice because who was here (and who didn’t call me to tell she was coming?) Awesome Anushika! YAY! We got to hang out for the day and bemoan our chances of Harrison Ford coming over. 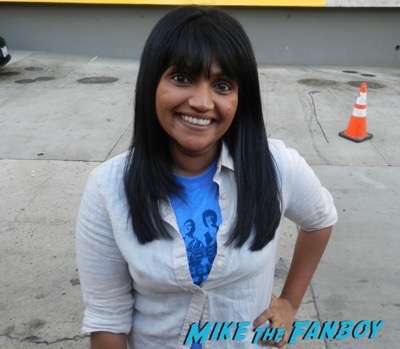 Thankfully, like I said, I didn’t get here early so I have that going for me at least.

I brought my Empire Strikes Back mini poster that I have pretty much all the cast on except Harrison Ford and the new Star Wars: The Force Awakens poster as well. 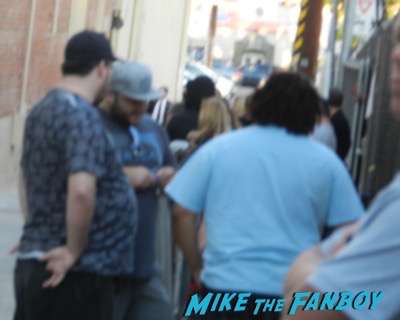 Personally, I gave it a 7% chance it would happen. I mean… It’s a lot of people and more and more people are arriving. 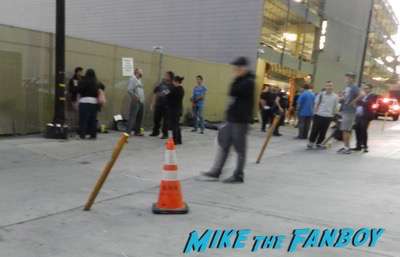 Finally, after a couple hours security told us that Harrison Ford was shooting and would be out really late. They just wanted to let us know. No indication of if he would do it or not of course.

I was in the midst of my game of Candy Crush when suddenly, Harrison Ford bolts out the door. We didn’t even yell for him, he came right on over and started at the end of the line. He was trying to sign one each, but there were a couple douchebags pushing it and almost ruining it for the line. 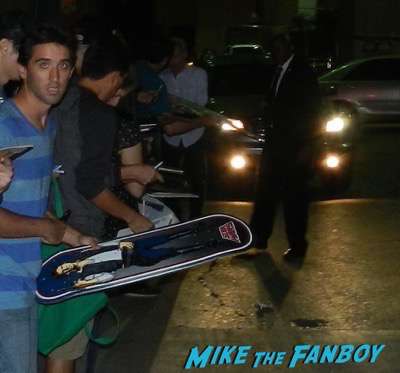 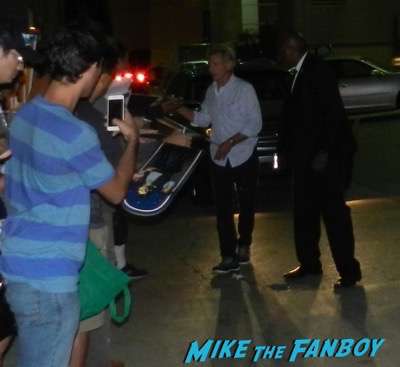 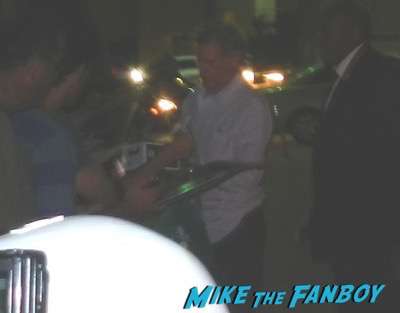 He was signing really nice, not chatty as per usual but he was really cool to make sure everyone got one thing done. He signed my Empire Strikes Back poster and he signed a touch over James Earl Jones but I’m not going to complain as it looks really awesome. 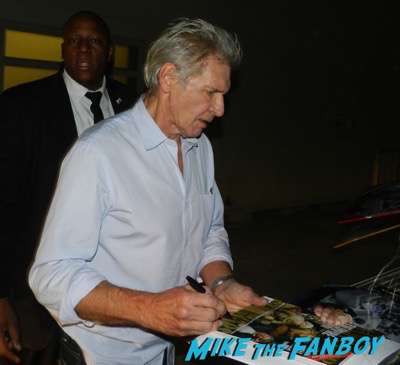 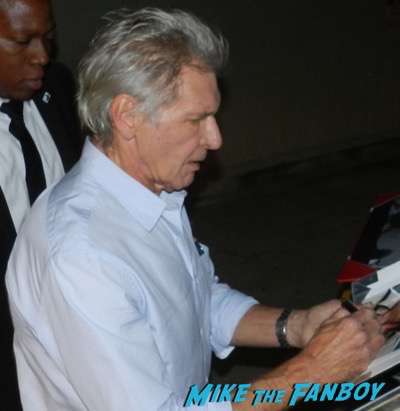 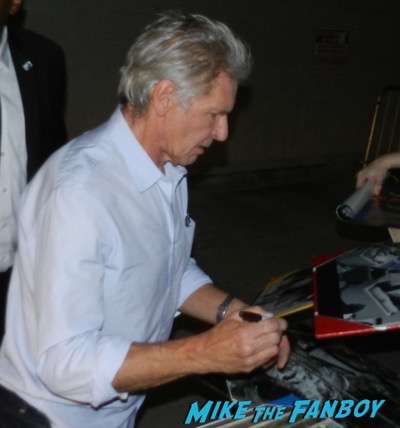 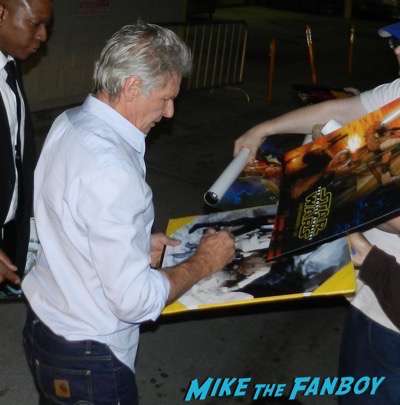 He moved fast down the line but he did pay attention. He would have signed more at the end but people just couldn’t control themselves.

I was happy with the one believe me, Harrison Ford is a hard one to get and when you’re working on cast pieces, getting Harrison is rare. 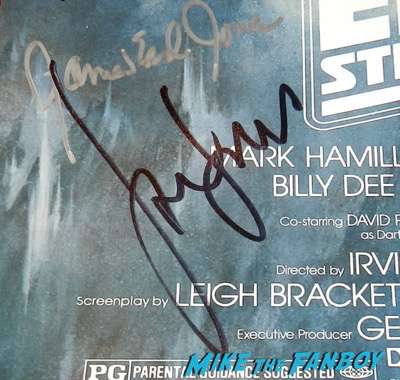 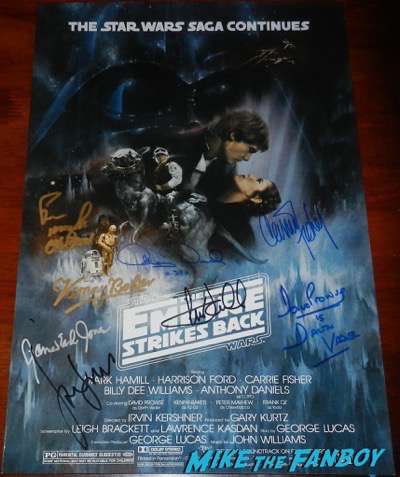