Home / NEWS / How Lockdown Is Affecting Movies And TV!

How Lockdown Is Affecting Movies And TV!

Pictures of some of the most glamorous celebrity homes revealed

For most people, a return to lockdown means once more getting cooped up inside their own homes. But it probably wouldn’t be so bad if you were living in some of these celebrity homes! A recent list shows off some of the most luxurious homes, past and present, belonging to some of the best-known celebrities, including Kim Kardashian, Adele, David and Victoria Beckhams, Tamara Ecclestone, Ed Sheeran, Lady Gaga, Paris Hilton, Jennifer Lopez and more. Properties range in value up to £70 million, so it’s walk-in-wardrobes, private pools and bowling alleys galore!

In the wake of the legendary movie star’s death, a petition has been launched to rename Edinburgh Airport as the ‘Sir Sean Connery Airport.’ Sir Sean was born and grew up in Fountainbridge, in the west of the city. Andrew Morton, who organised the petition, said, “Liverpool has John Lennon airport, Belfast has George Best airport, and with the death of one of her most famous sons Edinburgh should have a Sir Sean Connery airport.” The petition was first released on Saturday and has now attracted upwards of 280 signatures.

“He was my father, not in real life, but in Indy 3,” Ford said, referencing Ser Sean’s role as father to the iconic Indiana Jones in The Last Crusade, despite the two men only being 12 years apart in age.

“You don’t know pleasure until someone pays you to take Sean Connery for a ride in the sidecar of a Russian motorcycle bouncing along a bumpy, twisty mountain trail and getting to watch him squirm,” Ford said. “God, we had fun. If he’s in heaven, I hope they have golf courses.” 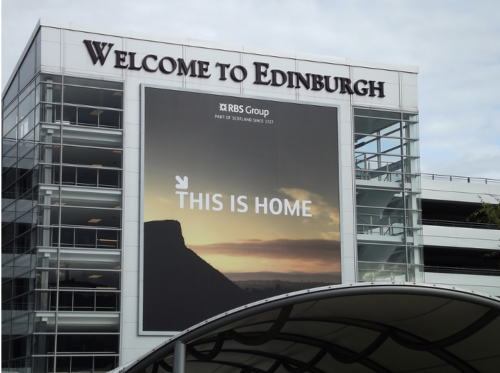 What lockdown means for I’m A Celebrity fans

Fans of the reality TV show that pits celebrities against each other were relieved on Monday when ITV revealed the latest season would start on 15 November, providing some viewing material to last through lockdown. But it has left worries in the fan community that lockdown might disrupt the show’s proposed airing date, or even lead to it being cancelled.

The I’m A Celebrity showrunners have already begun putting Covid safe measures in place, but there are worries that contestants living in England will not be able to make it over the Welsh border. The original filming location, in the Australian jungle, was changed because of the pandemic. That means instead of sweltering heat the contestants will be battling with the wind and rain of British wintertime.

The new centre of operations will be Gwrych Castle in Abergele, North Wales. This means whoever wins the competition at the end of the six weeks will be crowned King or Queen of the Castle.

Despite what some might see as a downgrade in the setting, the cast of celebrities is still promising, with Mo Farah, Vernon Kay and Shane Richie all rumoured to be taking part. Ant and Dec will also return as the hosts.

Football manager and former professional player Stuart Pearce put in an appearance on Colin Murray’s new podcast. Pearce played as a defender for Wealdstone, Coventry City, Newcastle United, West Ham United, Nottingham Forest, and Manchester City. He retired while he was with Manchester City in 2002, but his best-known run was at Nottingham.

Since leaving, he has returned to Nottingham Forest as a manager in 2014, as well as taking the reins of Team GB at the 2012 Olympics and working as head coach for the England Under-21s from 2007 to 2013.

When asked what the best single moment of his life was, Pearce said it was when his daughter was picked to represent GB as an equestrian, although he admitted when he was picked as captain for the England national team would be the natural answer.

Jeannie Mai had to quit Dancing with the Stars

41-year-old Jeannie Mai, who is best known as the co-host of the talk show The Real, broke the news that she had dropped out of Dancing with the Stars on social media. Mai was diagnosed with epiglottis, a condition which causes inflammation in the airways which required swift medical attention and surgery.

In an interview with ET Canada, she said, “It saddens me that I will not be able to continue with the competition on Dancing with the Stars.” She also thanked her dancing partner, Brandon Armstrong, saying he was very supportive of her, as well as the fans whose votes kept her in the competition each week.

Movie watch – what is coming out soon?

It’s no secret that 2020 has been an odd year for the movie industry. So many films have been repeatedly pushed further and further back – looking at you, No Time to Die – but the last part of this year looks to have a few movies coming out that could be worth a watch.

Christopher Landon, who worked as a writer for several of the Paranormal Activity sequels and as writer and director for the Happy Death Day films, has a new horror flick coming out on, funnily enough, Friday the 13th of November. Freaky will be a horror-comedy about a high school student who switches bodies with a serial killer, with only 24 hours to swap back before the change becomes permanent.

That same day, Margot Robbie and Travis Fimmel will be bringing their star power to Dreamland, a thriller movie about the adventures of a bounty hunter. The film originally premiered last year at the Tribeca Film Festival but is scheduled for limited release later this month.

Finishing off November will be the release of The Croods 2, featuring an all-star cast including Ryan Reynolds, Nicolas Cage, Emma Stone and Leslie Mann.

And the long-awaited Wonder Woman 1984, after a long string of delays and push backs, is set for release on Christmas Day, an extra present for fans of the iconic superhero! Gal Gadot will return as the Amazon princess, along with love interest Steve Trevor played by Chris Pine, and Pedro Pascal whose recent performance in The Mandalorian on Disney+ really let him show off his acting talent.

Fans may be familiar with O.T. Fagbenle’s role in the popular Handmaid’s Tale series on Hulu. Now he takes to the Marvel cinematic universe alongside long-time star Scarlett Johansson for the Black Widow movie, although his role remains mysterious. Current information lists his character’s name as Mason and describes him as a former S.H.I.E.L.D. colleague of Black Widow who is interested in her romantically. But many fans still suspect he could be playing Taskmaster, the main villain in the movie.

Some recent photos uploaded to Twitter show him in the role of Mason. The photos are from Marvel’s Black Widow: The Official Movie Special Book which is available currently in the US and Canada, and will be released in the UK in December.

Cate Shortland, the film’s director, also revealed this year that the mantle of Black Widow is going to be passed from Scarlett Johansson to Florence Pugh. Johansson’s version of the superhero died in 2019’s Avengers Endgame, and Shortland said the decision for Pugh to take on the role was “going to propel another female storyline.”

Fans of The Great British Bake Off are used to Paul Hollywood’s silver hair and beard, but with it being 80s week, the celebrity chef decided to treat viewers to an old photo of himself from the same decade. The result was a dark-haired, clean-shaven Hollywood who some fans have said looks a good deal like Tom Cruise.

Hollywood posted the photo to his Instagram account on Tuesday, with one fan quickly responding, “You haven’t changed much at all, just become more sophisticated,” and another writing, “Giving Tom Cruise a run for his money here.”

Star-studded cast announced for The Things They Carried

After Dunkirk in 2017, Tom Hardy will be taking the lead role in The Things They Carried, another war movie but set during this time during the Vietnam conflict. The film will be based on the novel of the same name written by Tim O’Brien. Hardy will also be a producer of the film as part of Hardy Son & Baker, his partnership with Dean Baker.

The film already boasts an all-star cast, including comedian Pete Davidson, Tye Sheridan and Bill Skarsgard. Rupert Sanders, whose filmography includes Ghost in the Shell and Snow White and the Hunstman, will direct from a screenplay written by Scott B. Smith.

Production of the movie should start in early 2021 in Thailand, but there is no mention yet of the film’s planned release date.

Tweet Pin It
Tags:How Lockdown Is Affecting Movies And TV!