Oh my gosh, who doesn’t remember hearing, Jackée Harry say that on the iconic series 227? Airing on Saturday nights, 227 became a classic staple of television for five seasons.

The show starred Marla Gibbs, but the real standout was Jackée! Who didn’t love her?

This past weekend, Pinky had a chance to meet the star! Check out her recap below!

Hello, my lovelies. Pinky Lovejoy-Coogan here a wee bit disappointed about the Hollywood Show this weekend. Our main reason for going was to see Keith’s former co-star, Joanna Cassidy, but, alas, she was a no-show. I hate it when that happens!

There was actually one other person I wanted to meet and she ended up being there, thank goodness, but I’m still bummed about Joanna. So, who was the other celebrity we were hoping to see? None other than the larger-than-life Jackée Harry from 227. 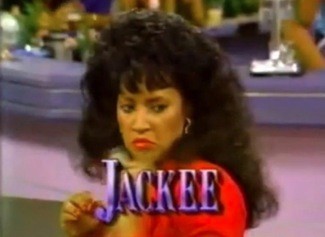 When we got to her table, she was on a break, but her neighbor at the show said, “You’ll hear her when she gets back.” I thought that was pretty funny – I mean, isn’t that what she’s known for? 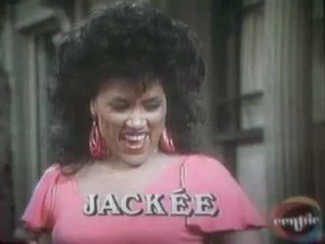 I remember watching Jackée on Amen, 227, and Sister, Sister. She always stole every scene she was in and was consistently funny. 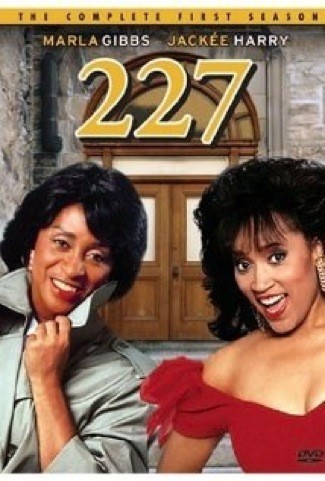 She always made you feel like you could be friends, which is a great quality to have. Jackée was fun to meet in person and was one of the few people at the show who had a line at their table. 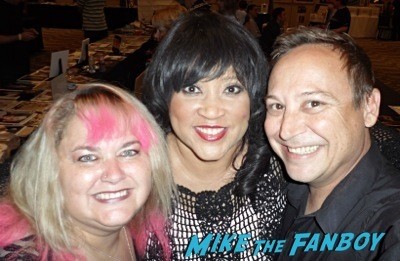