Billy may have had a few cocktails, you know he has to live up to his namesake!

Welcome back to Billy Beer’s Barstool. Today we are off to visit probably the “greenest” green room EVER for a talk show. Snoop Lion Doggy Dog….. and Mr. James Franco are both appearing on the same talk show. I wonder who’s eyes are going to be more bloodshot?

I get there fairly early. I loved the move This is the End (a movie I might have let a certain fanboy borrow and he has yet to watch it)

(Editor’s Note: I finally got through it. M-)

James didn’t show up to the Premiere, so I was hoping to get him on my This Is The End posters. For Snoop I went to the record store and picked up a Doggystlye remastered album. I didn’t print any pictures for him, so why not pick up a classic.

While we wait, a number of guys all pimped out walk past us. This is going to be fun! Finally a guy starts passing out Snoop’s new CD, and these two girls won’t take them. Come to find out it was his manager passing them out, and it pissed him off a little, so he stopped passing them out and told us it was their fault. DOH! 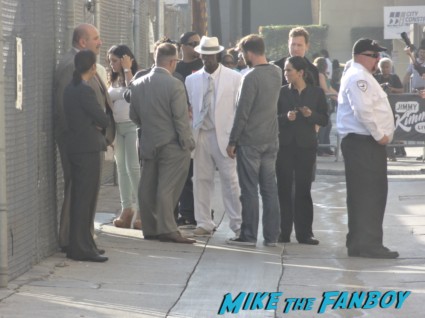 We see Snoop go in and come out a few times for sound check, but all we get is a wave. Then the door opens, and all we see is a guy with a black hat and jacket on. Is that James? We were all waiting for the others to scream. I thought the girls who came JUST FOR HIM would have
said something. And wouldn’t you know it, it was James. Double Doh! Not off to a good start.

A couple of us decide to go get some beer and wings. Before I Left I ask newcomer Joe if he could watch my stuff and if for any reason Snoop comes out, my album was in my bag since he didn’t have anything for him. Well, when you’re trying to be quick a word of advice is don’t order the all you can eat boneless wings. I had to sit there and  wait while more wings kept coming to be consumed.

Finally I convince them to leave. When we get back, guess what. Snoop’s manager actually came over collected everyone’s stuff and had him sign it inside. And a BIG thanks goes out to Joe for giving him my album!!!! I wish it worked like that all the time. While I get beer, my stuff gets signed! I would do this all the time. Oh wait, I already do. 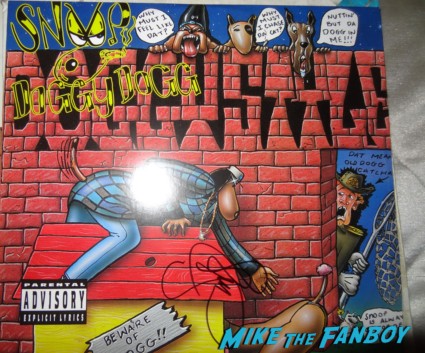 So now it’s time for Franco. It seriously was only 5 minutes and we see that same hat and jacket on. He makes his way over, and the  publicist is already saying he needs to be somewhere, and one each. 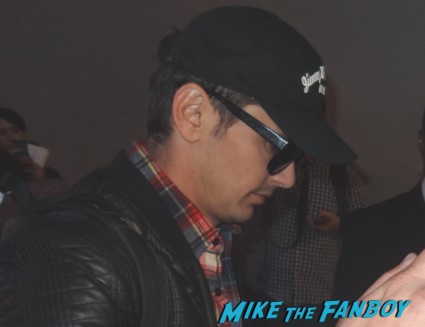 I get him on my big poster, and try for the second one, but get called out by the publicist. 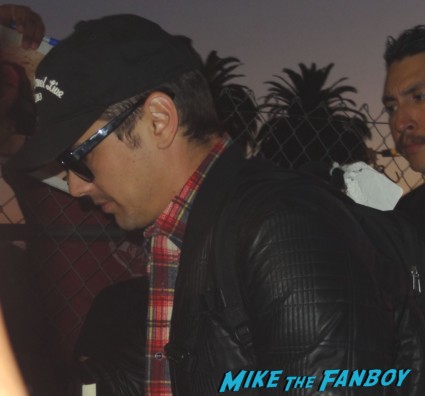 It’s OK, I don’t force the matter. It’s still been a good day.