It’s crazy when an A-Lister comes to town. I mean, everyone comes out of the woodwork, and it’s always a little chaotic. That’s the name of the game I suppose.

There are about seven different events going on at the same time tonight, but still there are about 40 or 50 people here. Oh… What is here? None other than Jim Carrey is doing a rare talk show taping. Jim is out and about promoting Dumb and Dumber Too, which is burning up the box office.

I headed down at met up with Ace, Alex and Chris. There were so many people we took a place at the fence because it was less chaotic.

A few minutes later, Jim Carrey arrived and waved and jumped inside.

Well… You never know. Jim Carrey used to be very difficult but lately he’s been really great. He signed a lot at the Dumb and Dumber Too premiere. I’m pretty hopeful.

It’s actually a nice night, and thankfully hanging out with a good group of people is so much fun.

Apparently Jim Carrey is filming a sequence on Hollywood Blvd. God Bless him. I think he’s shaving people’s heads or something.

Then, without warning Jim Carrey runs out and comes right over to the crowd. 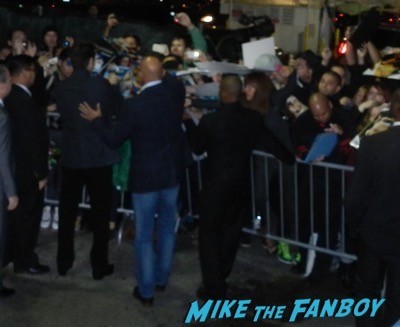 It was so hard to get pics, but he started on the end and went all the way down. It looked like he was taking his time for the most part but moving down the line. The thing that most people don’t realize is, it quite literally takes about 45 seconds to sign autographs for a full line of people. It’s so fast, you can’t even believe it. 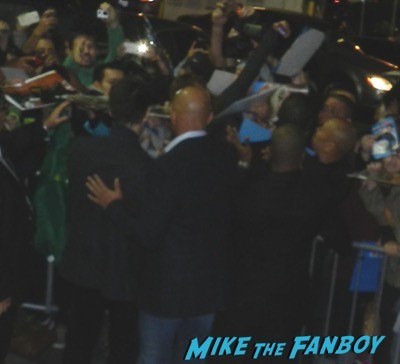 Jim moved to the fence now and while he wasn’t talking much he was signing quite a bit. When it came to me, Jim actually looked at me and I thanked him for signing, probably because I’m 6’4 and on a stool so he could actually see me on the fence. Jim went down a little farther and then that was it. 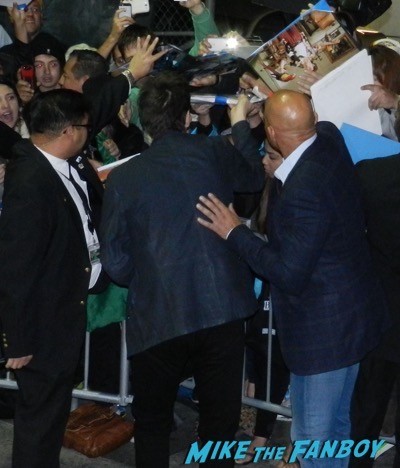 He was very cool. It was so nice of him, and I have to tell you, my Eternal Sunshine mini poster, looks amazing. He signed it perfectly just like I wanted. 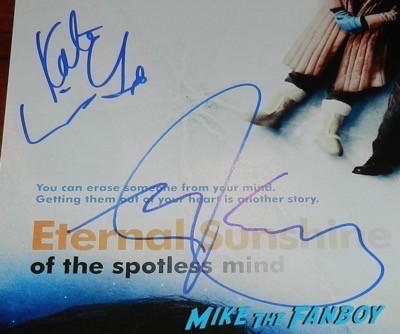 I’m more than stoked. It was pretty epic. 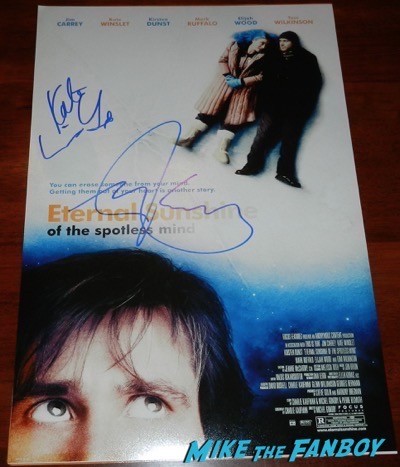