The lovable Ms. Pinky was gone this past weekend in Chicago and so Manic Monday became Manic Tuesday! But it’s worth the wait.

Pinky met some great people at Rewind Con and one of them was John Kapelos. John was in all the awesome John Hughes movies and you’ll remember him in an instant!

Hello, my lovelies. Pinky Lovejoy-Coogan here completely wiped out after an exciting weekend at the very first Rewind Convention which was held in the Windy City of Chicago. It was so much fun to meet so many fellow fans! Big thanks to everyone who came over to say hi or get a picture. We really appreciate it!

One of the biggest reasons I was excited to go to the convention were the other guests at the show – I love so many of them! And I was especially excited about meeting John Kapelos who happened to be in THREE iconic John Hughes’ movies in the ‘80s. THREE! 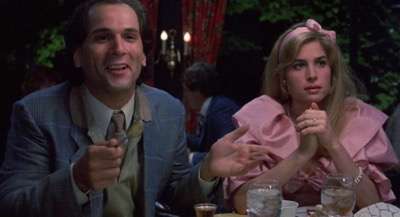 The first role was as Rudy “the oily bohunk” who married Samantha’s sister in Sixteen Candles. 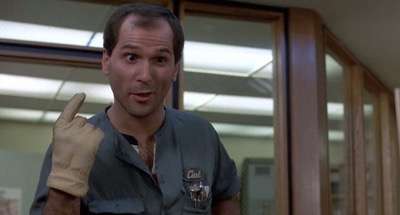 The second role was probably the one he’s best known for – as Carl (the janitor) in The Breakfast Club. 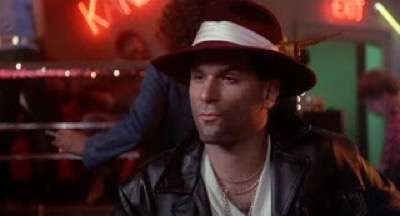 And, finally, he’s in the blues club scene as “Dino” in Weird Science. How cool is that?

We’ve been Facebook friends for a little bit now and I love how active he is on social media (in fact, I may have told Keith that he could learn a thing or two from how well John masters the art of social media). In person, John is just how you’d expect. Very cool guy. Really enjoyed getting to meet him and chat with him a bit. Did you know he also sings?!? I can’t wait to listen to his stuff! 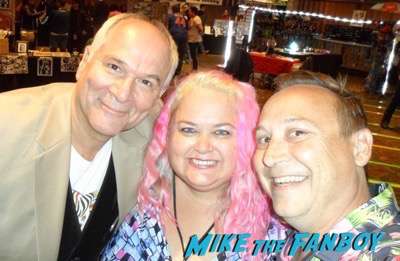