Home / Fanboying! / Ken Jeong From The Hangover And Community Stops His Car To Sign Autographs For CB! Jodie Foster? CB Never Even Saw Her! 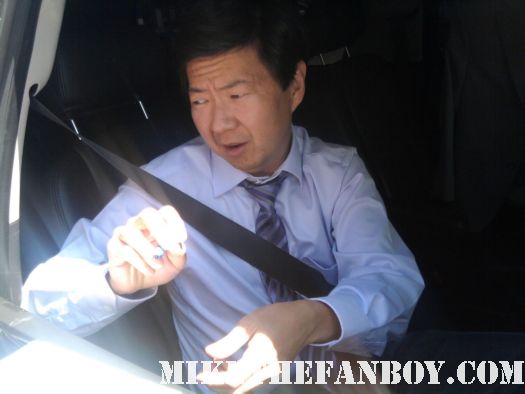 You know, it never ceases to amaze me who people are fans of. I personally would not head out of the house to meet Ken Jeong, even though I think he is hilarious! Role Models is hysterical! And the Hangover! Rocking!

Now, Jodie Foster… that’s a whole other story. Lol… But being the uber dork, I mean… cough cough… fan that he is CB headed out for Mr. Ken Jeong to get his individual Hangover poster signed. God Love him!

Check out his report of the Hangover star after the jump!

NANANANANANANANA, CB, CB, CB! I am a big fan of Community. The WHOLE cast is awesome, but Senor Chang is probably one of the funniest characters on TV. C’mon, who doesn’t want Ken Jeong as their Spanish teacher??? Of course, he was great as Mr. Chow in The Hangover, and will be reprising his role in Hangover 2. He’s been in a lot of movies and is a fantastic character actor, but sadly, I’ve never got Ken. He was doing a talk show appearance and I mainly went for him, but Jodie Foster is on. I’ve heard Jodie is nice, but I also have to be realistic that she might not sign. I had photos for both guests, but no camera, so I used my phone for the photos. Lets hope for the best

2:30: I arrive and Big A is here. I ask around, and Jodie Foster already went inside. Big A never saw her, oh well, on the way out.

3:00: I see an SUV pull up and it’s Ken. He rolls down his window and signs my photo. I tell him I love Community and he says thanks. I think more people recognize him as Leslie Chow than Senor Chang. More people should check out the best comedy on NBC.

I mainly came for Ken, so I was happy. We never see Jodie Foster leave or arrive, so I can’t say she stiffed or dissed. Do yourself a favor and check out Community. Until next time, same CB hour, same CB channel, same CB blog, KAPPOOOOWWWW! 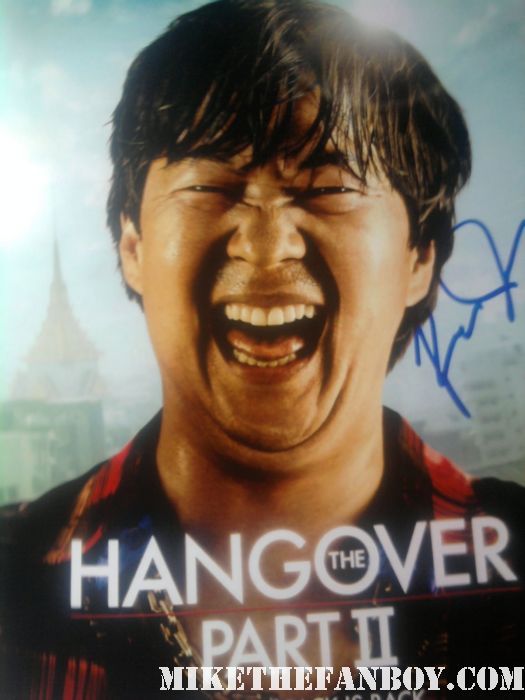