Machete Kills is about to drop in theaters but before you head out with your Machete and chainsaw, Jack wants you to take a look back at the original Machete!

Starring Danny Trejo, Machete is an awesome pulp cult classic sure to please fans of Grindhouse films from coast to coast.

They called him Machete and he was given an offer he couldn’t refuse. When Quentin Tarantino and Robert Rodriguez released the exploitation double feature, “Grindhouse” film buffs like myself went wild. Although it performed poorly at the box office, the fake film trailer “Machete” was all people could talk about. Sure enough Robert Rodriguez made a real film and now the sequel is coming out this Friday. 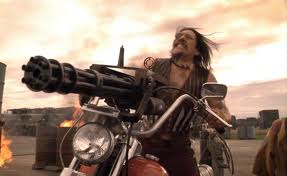 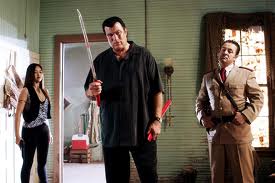 Now forced to work as a day laborer in Texas, Machete does whatever he can to scrape by. One day a local businessman Michael Booth (Jeff Fahey) comes by and offers Machete to kill Texas State Senator John McLaughlin (Robert De Niro) for $150,000. 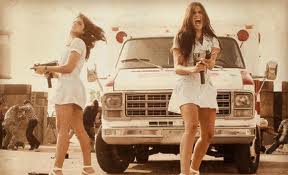 What appears to be a simple “hit” soon becomes a setup and its up to Machete to exact revenge against those who have wronged him. Reuniting with former flames and partners, Machete unleashes hell by delivering the goods in this awesome action film. 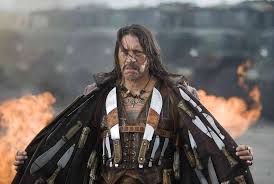 “Machete” is one of those films that goes above and beyond with exceeding expectations. Just like the original trailer, this film is way too cool and a film you can’t stop talking about. Not only does it possess a ridiculously awesome cast, but will entertain you for nearly two hours. This is a perfect example of a great cult classic film. 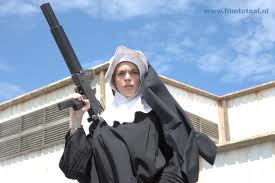 Before the film was released, Danny Trejo was kind enough to be doing a signing at Comic Con. The event was pretty low key as it was only Danny, but boy was he super friendly. The signing took place at the Weinstein Company/Dimension booth and they were giving away nice mini posters. Danny really took his time with fans and actually made sure that everyone left with a big smile. I even got to talk about his awesome tattoos and discussed “Con Air.” Danny is seriously a class act! So don’t forget, check out “Machete Kills” this weekend and help support an amazing human being. Until the next time, happy autograph hunting! 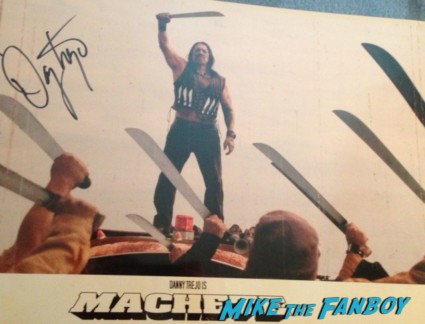