Anna headed down to the Magic Mike XXL premiere in Australia and had a blast. She was able to meet both Joe Manganiello and Channing Tatum! You can’t complain about that right?

Check out her awesome recap below!


Last Monday was the Australian Premiere of Magic Mike XXL. I was pretty excited as Channing Tatum and Joe Manganiello were coming to Sydney to promote the new movie. I have been a fan of Channings’ since Step Up and of Joe’s since One Tree Hill. Things got more exciting when I was informed by roadshow that I had won tickets to their exclusive fan zone. This was great as this meant I didn’t have to wait around all day and be in an area where I wouldn’t get squashed!

The premiere was held at the Qantas Credit Union Arena. I arrived around 2.30pm to get there early for the fan zone. By then the entire front row spots were all filled up. The red carpet was still being set up. 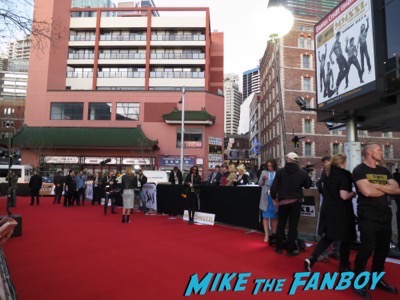 As it got closer to start time, the organizers started pumping music from the soundtrack and they had dancers dancing up and down the red carpet. Just before the stars arrived, the organisers gave all the fans in the fan zone a Magic Mike XXL promo card for us to get it signed. I was impressed; it was such an organized premiere.

Joe Manganiello was the first to arrive and immediately went over to great some fans. He would then switch back and forth between media and fans.

Then Channing Tatum arrived and the crowd went wild. While Joe was with the media, Channing went to greet the fans first. He was extremely nice taking pictures and signing autographs. I was able to get both an autograph and photo! After our area, Channing went over to media. 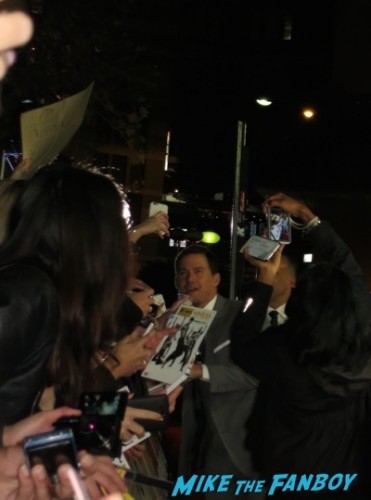 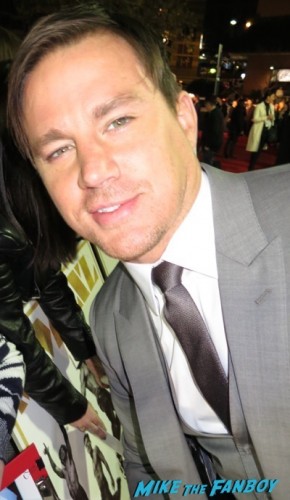 My photo with Channing 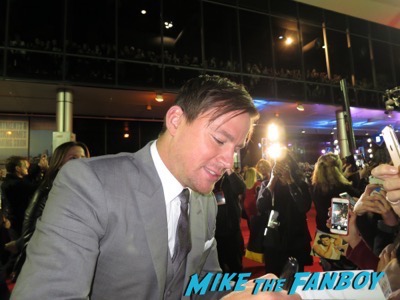 After awhile, Joe made his way over to greet the fans in our area. He was super nice also taking his time chatting, taking pictures and signing autographs. Joe signed my promo card and happily took a photo with me. 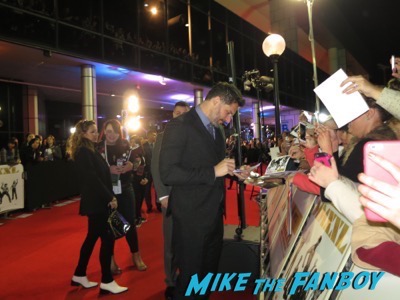 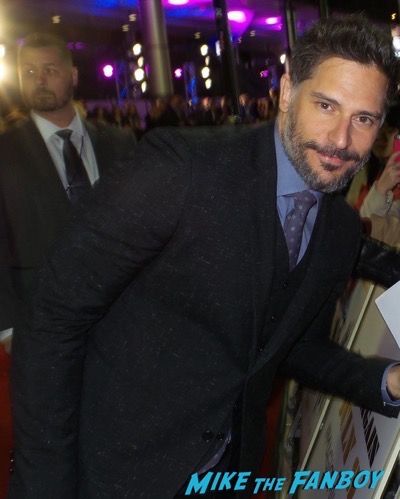 My photo with Joe 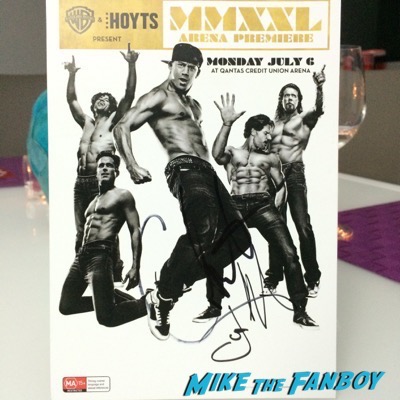 This by far has been my all time favourite premiere I’ve ever attended.  Being in the fan zone made the experience an amazing time. I can finally cross Channing and Joe off my must meet celebrity lists.