When the Man of Steel premiere was announced I think everyone in Los Angeles was bummed that it was going to be in New York. Good for them, bad for us. It works out that way sometimes. Thankfully, Elisa was able to go even though we were not.

While it was a long long day, Elisa managed to get most of the cast on her poster. Hot Damn!

Check out her day of Superman after the jump!

Man of Steel was one of the films I was most anticipating this year. As a kid, I was
obsessed with Superman. I loved the films and the tv show Lois & Clark: The New Adventures of Superman. Dean Cain <3 So when I heard the premiere was going to be in NYC (fittingly), I immediately took off of work for the extravaganza. Unfortunately, the weather was not in our favor. It rained the two days the cast was here. I managed to get Hans Zimmer, 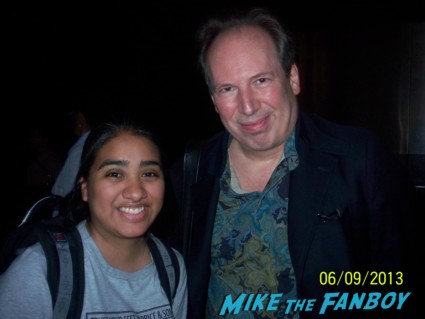 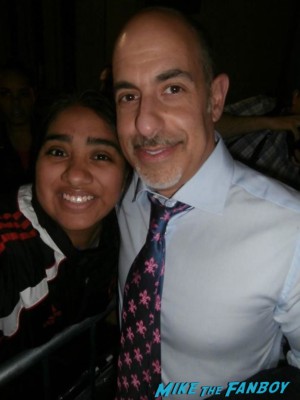 and Zach Snyder on the first day but missed Henry Cavill. 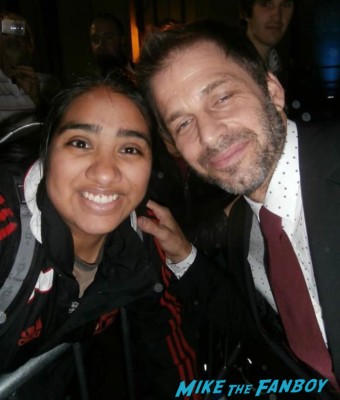 The following day of press (and the day of the premiere), I overslept and missed GMA where Cavill signed and took photos with some people. Oy! I hoped this wasn’t how my day was going to play out. We waited at Live with Kelly & Michael but Cavill didn’t sign. it wasn’t looking good. At another show I managed to get Christopher Meloni and Michael Shannon. Amy Adams promised to sign on the way out. Laurence Fishbourne and Kevin Costner didn’t stop. It hasn’t started raining but shortly after everyone was inside, the downpour started. Insanity. And everyone pretty much rushed to their car, except Amy Adams who did sign but on the opposite side. My luck was not getting better. Two more press stops and still no luck with Adams or Cavill. They weren’t even stopping at that point and it was sprinkling but… Fast forward to the premiere.

I went home to sleep as I’d gotten little the night before, despite my alarm clock mishap. I headed to Lincoln Center, where the film was being shown and waited it out. Russell Crowe did walk by us but it was so quick that I didn’t get the chance to ask him to sign my poster. Mind you it was pouring buckets.

We gave up there and headed to the after party. Almost as soon as we got there, Michael Kelly (Steve Lombard) was arriving and our luck changed! 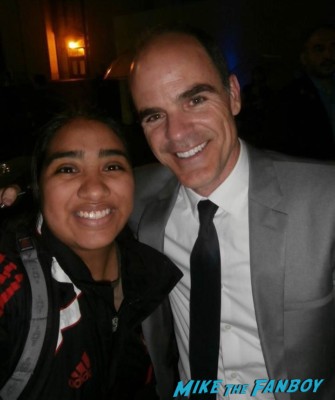 Ended up getting Antje Traue (Faora-Ul), 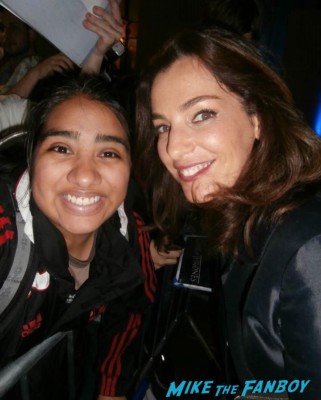 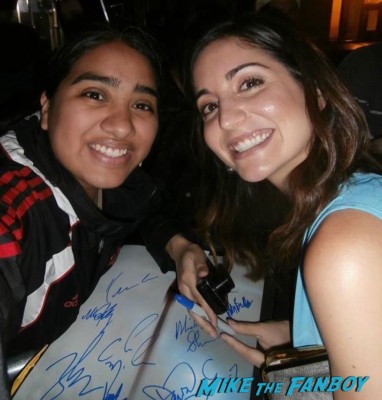 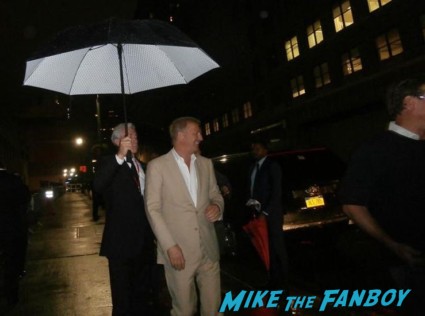 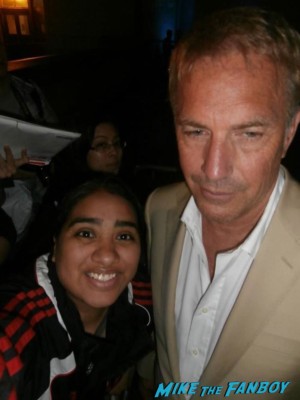 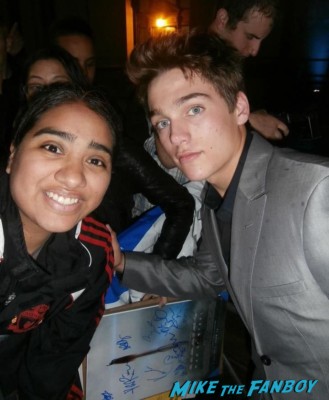 Christopher Nolan, Christina Wren, Zach Snyder, Hans Zimmer, David S. Goyer all stopped, most signing and doing photos with. The bonus extras were Daniel Dae Kim (I didn’t have my Hawaii Five-0 piece with me! Doh!), 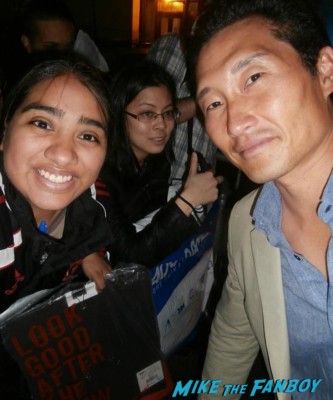 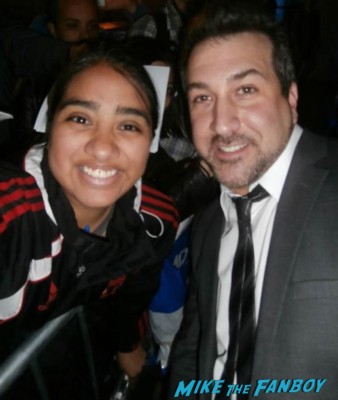 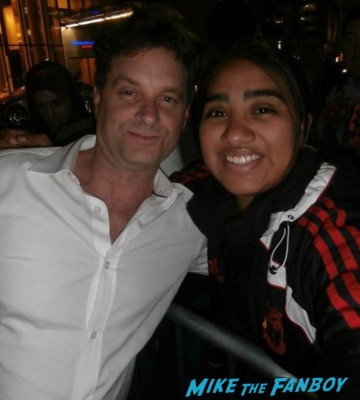 Zach Levi and some others who didn’t stop. All were super nice!

Finally, the party seemed to have ended but we still hadn’t seen Henry Cavill. I was worried he had snuck out. Alas, we see him leaving. We call him over and he starts walking towards us. The first thing he says is “One each.” 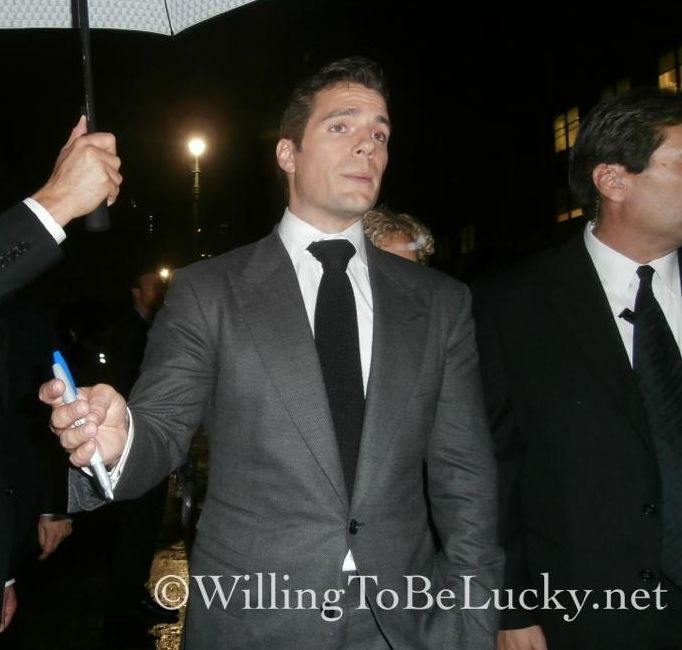 A few of us ask for photos with and he says he wants to sign first then he’ll do photos. Well, of course, a few of the pros decide to try to get more than one. Cavill takes notice and steps back, stops signing. Someone asks again for a photo with. 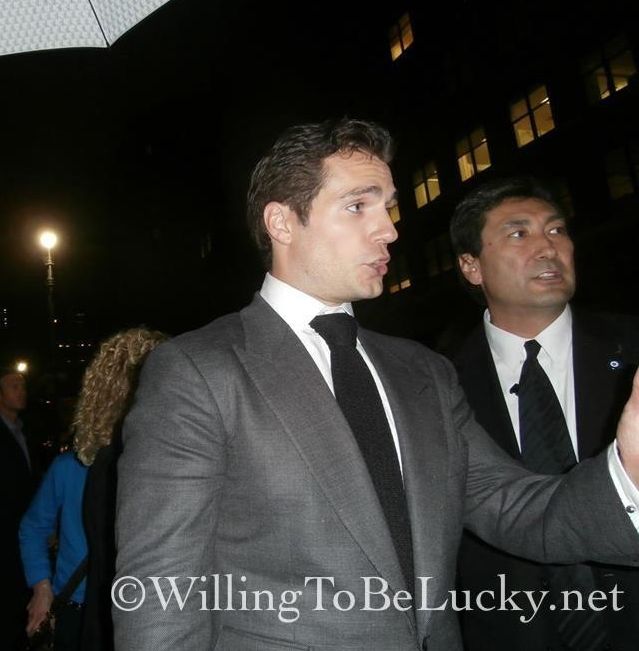 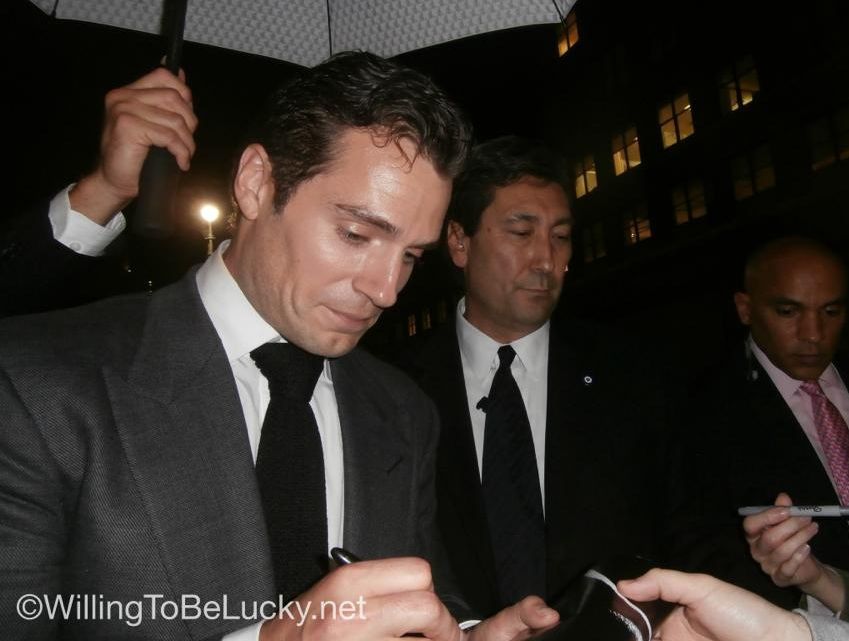 We’re all kind of shocked and don’t know how to react. He starts to leave, we thank him again and the night is over. So I did manage to get his autograph but not the photo with. I see why he did it but it still seems sad to punish the fans for behavior of others that we cannot control. Nevertheless, I can’t complain.

It’s a long night but successful!

I almost completed the poster, needing only Russell Crowe, Amy Adams (both who’ll be around) and Laurence Fishbourne, Diane Lane (I doubt I’ll try for them). I head home happy. 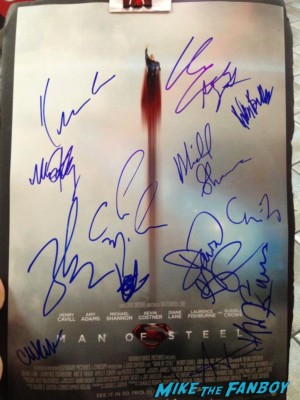