Home / Conventions • Interviews • The Lovely Erica / Marvel Puzzle Quest Interview! The Highly Addictive Game! Insight to some of the recent changes to the game!

So I have an addiction I have to confess…it’s called Marvel Puzzle Quest.

If you haven’t played it before, it’s where all the characters of the Marvel Universe decided to battle out the fate of our world by playing Candy Crush (sort of). Marvel Puzzle Quest is Candy Crush crossed with trading cards so if you like puzzle games, Candy Crush, Marvel and/or trading cards, this is the game for you!

In Marvel Puzzle Quest, you play a match by picking your team of heroes/villains and swapping tiles to match 3 colors in a row. You collect the colors you match and when you collect enough of that color, you can fire off your character’s special power. When you win, you get assorted prizes including more characters. Simple, right? It gets challenging when you start to figure out the right teams to take down particular bad guys. Fun and addictive! 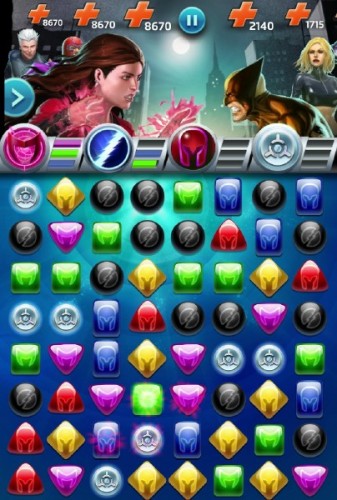 The latest tournaments are assembling the Avengers so we’re getting new characters from Avengers: Age of Ultron like Quicksilver, Scarlet Witch and Iron Man Hulkbuster. Marvel Puzzle Quest also releases new characters tied into the Marvel Comics world like the new Ms. Marvel, Kamala Khan, Squirrel Girl and others. 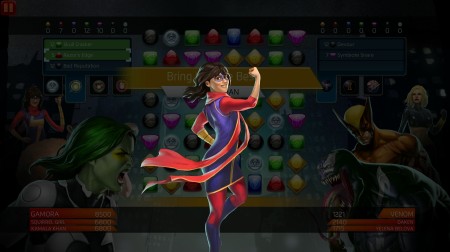 For those already addicted, D3 has been shifting the game around with some recent changes. At C2E2, I had a chance to talk with them about some of these changes and where the game is headed.

In the past couple of months, there has been a swell of changes to the game all with the end goal of making the game “strong at all tiers of players” says Joe from D3.

“For instance, the Versus events were great for the higher level players and it was not that great for the players at the two-star area. They’d start the game, play a few matches and all of the sudden the three-star and four-star players would start beating them down as they were getting their points up. There’s no way for the 2-start player to ever catch up. The same things started happening with the stratification between 3-star and 4-star [rosters].”

(The stratification that Joe refers to is the gap between rosters levels. For example, if 4-star characters are so much stronger than 3*, then 3* players will have a difficult time moving to the next level.)

“So it wasn’t quite working the way we wanted it to so we made some changes with how match making is working. So far, there’s some growing pains, but we’re figuring some of this stuff out. It’s really done a lot to help players get to the rewards they deserve and they’ve been able to continue playing without being in fear of losing all the points instantly.”

D3 is using all sorts of metrics to measure the success of the match making including how players placed before and after the changes, did a player play more or fewer matches, etc… For my two cents, a couple of the events in the season were rough, but the most recent ones had more appropriate matches so they seem to be finding the right balance.

The developers are also aware that younger rosters are also at a disadvantage since they don’t have spare hero points to spend on shields. D3 is trying to make PVP playable without shields for these folks, but to also retain a strong benefit for those who do use shields. 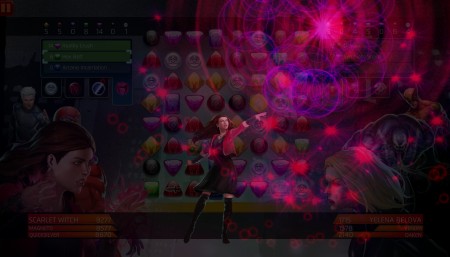 Seed teams are not extinct

In recent PVP events, several people have reported that they hit no seed teams at all. Joe explained that the AI is searching for the highest value matches so sometimes what won’t be the seed teams. But fear not, KicksThatKick and BaconMagic are still alive!

Earlier this year, the game made a VERY welcome change to the 8 hour refresh timer on the PVE events. D3 also just announced that sub-events will be 24 or 48 hours since “the 36s are horrible from a player point of view because if you are in a shard that starts at 6 pm, then the next starts at 6 am. The reason that happens is there’s only 3 sub events for that event and to have that hit the numbers of days we want to hit, it’s just what the timers work out to.”

I asked about tweaking the number of repetitions needed to grind the points down to zero since 6 times a node gets a little mind-numbing. Joe tells me that it’s “definitely something we’re looking at. We don’t want scores that are so close that rubber-banding just ends up pushing you ahead of someone else. We want you to have better and higher point nodes in order to win. Fewer refreshes mean multiple people grinding them down and getting the same points.”

So it sounds like D3 is still mulling over some ideas to improve the quality of life for PVE grinders. (And there was much rejoicing…!) 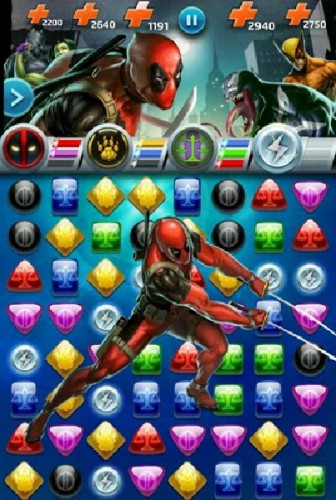 The launch of the Avengers vs Ultron event (which limits team hopping) is not a sign that they don’t like the alliances. They just wish there was less drama involved when someone gets kicked due to low points or something like that. (Don’t we all?)

They also have a guideline on how long the roster transitions take, but the timeline can be impacted on whether a player is free-to-play or if they are in a strong alliance.

Perhaps my definition of transition is different since I’m in a fantastic alliance and I feel like I’m way behind on this timeline! Lol! 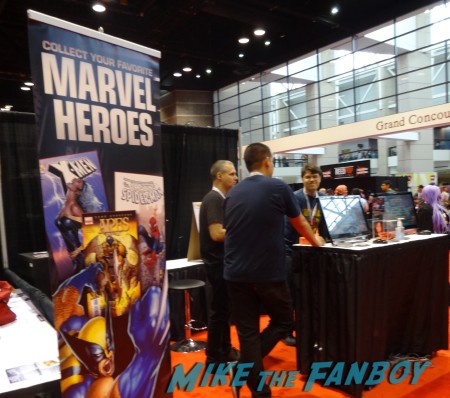 My conclusion is that the changes are really meant to make sure the game is balanced enough for different rosters to play and to keep evolving the gameplay with the more specialized characters to balance out the big damage dealers.

It’s funny, but the much maligned characters suddenly got a lot of use in Avengers vs. Ultron since Bagman and Invisible Woman work well with Quicksilver (they all lock tiles which Quicksilver can blow up with his Supersonic). Also, I heard a lot of praise for Yelena who could take on Ultron with her Payback Mission power. Every character has a use after all!

Thanks to Joe and Michael for letting me interrogate them on the game changes!

Marvel Puzzle Quest is available to free to play on PC or as an iOS and Android app. 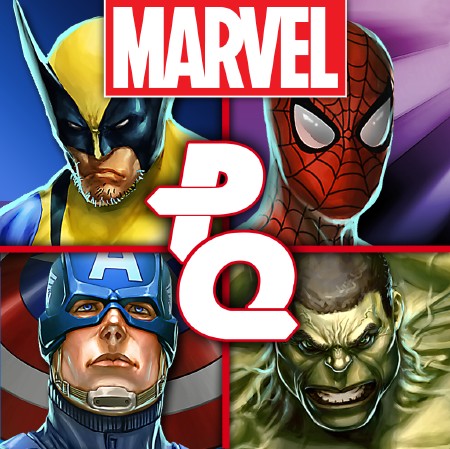