I love it every time Anushika heads out for an encounter! She’s not only awesome but always has a great time. She headed out to the Need For Speed event I talked about a couple weeks ago and was able to meet Breaking Bad star Aaron Paul.

He once again was awesome, taking photos, signed, etc… God bless him!

I’m sure you guys all read about the awesome Need for Speed advance screening event that happened last week. The cast have been going all around promoting the movie and when I heard about them finally coming to LA, I just couldn’t miss it. I’m a huge Aaron Paul fan. I saw the previews for this movie, but to be honest I wanted to check it out just because of Aaron.

I got a couple passes online and was excited especially since I was going to the theater where they’ll appear live in person to introduce the movie. I really didn’t expect to meet him, but was surely stoked about seeing him again! =)

My friend and I arrived at the theater around 3.30pm. I know, super early, but there were people already lined up outside. Guess we aren’t too early after all. We join the line and instantly make friends with another huge Aaron Paul fan. Time goes by pretty fast when you have awesome people around you. We all bond over our love for Breaking Bad and of course Aaron. I love how no one has anything bad to say, just simply amazing stories about their encounters.

We were all chatting up a storm when my eye caught an awfully familiar jacket. OMG!!!!!!! AARON PAUL!!!!! HE IS IN THE BUILDING PEOPLE!!!!!!! I could feel my blood rushing to my head and my heart started to experience the pre panic attack twitches lol….Oh God!!! =D I take a deep breath and quietly tell my friends and thank god my friends were there to push me to go after him since my body just froze motionless in place.

While one of us held our place in the line, my new found bff and I started to walk calmly towards the stairs to go downstairs. As soon as we reached the staircase we bolted like our life depended on it. I swear I thought I was going to trip and go rolling down the stairs. It felt like I was going down the longest set of stairs!!! Lol… We both started walking towards him trying to catch our breath and be calm. Who are we kidding??? We were freaking out!!!!

Aaron walked over with a big smile. God he is SO SWEEEET!!! 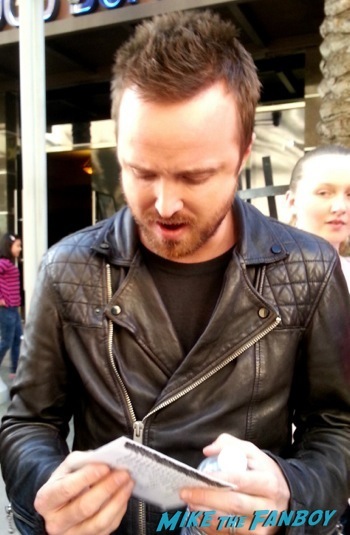 My adrenaline was off the roof and my hands were all trembling. This was TOTALLY unexpected. I mean he got there really early, and for sure I did NOT expect him to just walk in like that.

We all said hi and asked if he could sign some stuff for us and of course pictures. I took out my Breaking Bad book and he was more than happy to sign for all of us. 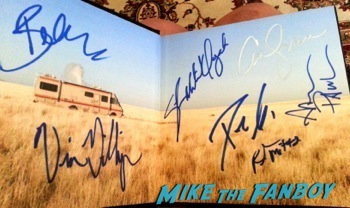 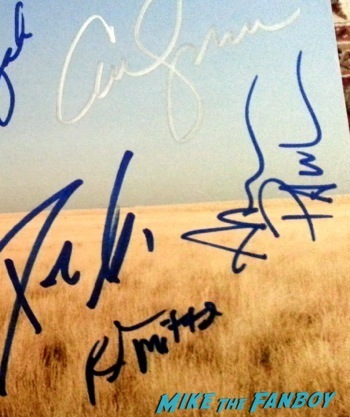 My friend got her stuff signed and we all took pictures with him. His publicist started to move him since he had to go in to do some pre-taping. I guess they needed to do a pre-taped intro for all the east coast theaters, and I believe they held a twitter Q&A as well. 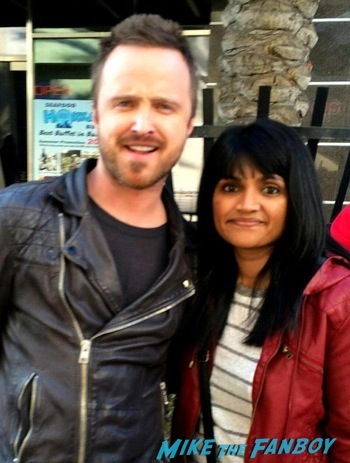 Anyway, Aaron was beyond awesome to all his fans. He tried to sign and take pics with as many fans as possible. I mean this guy seriously loves his fans. 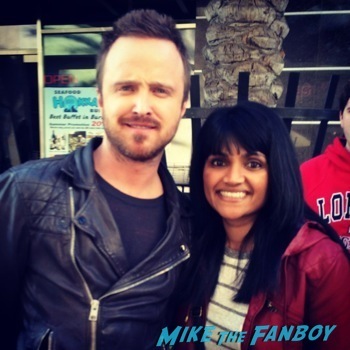 Scott Mescudi and director Scott Waugh arrives and joins Aaron. They are all so nice, but by this time security had to control everybody. We got lucky since we had the chance to talk to him first before it turned into a scene. The line is ridiculously long and people are still arriving. The staff started to pass out our wristbands and they were all really great. We started heading into the theater and got into our seats.  They were all set up for the live feed. I was getting more excited by the minute. They kept showing small behind the scenes clips while they were getting everyone settled down. It’s always amazing to see the amount of work that goes into a project like this. Truly makes you appreciate the movie. 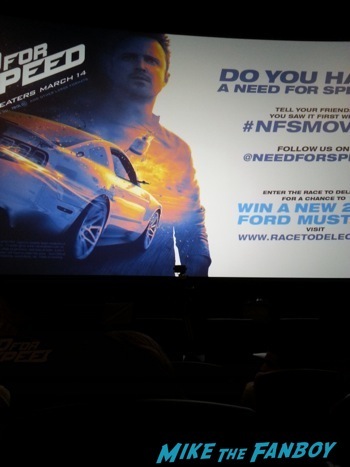 It’s time!!! They introduced the cast members and did the intro. It was pretty fun being part of this whole experience. 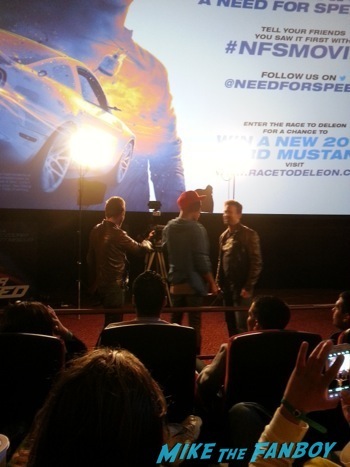 Everything went pretty smooth and quickly. 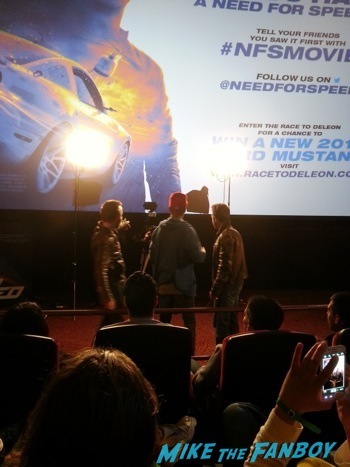 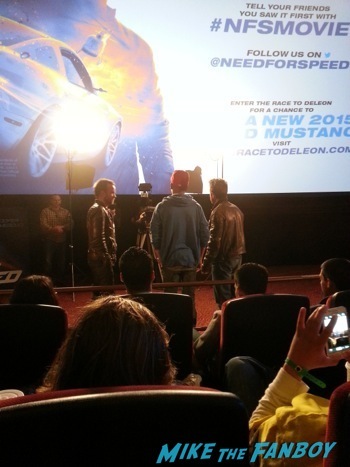 After the intro they even gave out a gift. The lady behind me screamed and started jumping up and down. Yup, she was the lucky winner with the golden ticket under her seat. She was beyond thrilled and it was even more awesome since she was all the way from New Zealand visiting LA. I mean, not that I wouldn’t love to be the winner, but it’s always great to see people like that win. You could see that she did not expect any of this to happen on her visit.

I know I didn’t walk in with a lot of expectation, but I ended up really loving the movie. It was funny and was such a thrill. The awesome chemistry between all the actors and of course the amazing cars will not disappoint you. I definitely appreciate the fact that they didn’t use any CGI. Props for that! I know I’ll be watching it again and I really hope they’ll make more!!! =D The movie comes out March 14th, so don’t forget to check it out!!!