“Ohhhhhhhhhhhhh My Jealousy!” Ah, the many times I wish I could fit in a quote from Natalie Merchant… Sadly, I had to quote the 1996 hit Jealousy from Tigerlily… Sigh… While I’m only half kidding, The Lovely Erica sent me this great report from the time she met Mr. Harrison Ford. Harrison was in Chicago for a screening of Extraordinary Measures, and of course Erica was hot on the scene. She was super lucky to get this opportunity! But she can recount the evening better than I can!

So in honor of the opening of Harrison Ford’s new film Cowboys and Aliens (which we are all looking forward to) here is The Lovely Erica’s report!

Take it away darling!

It’s not everyday you get to meet one of the biggest names in the business, Harrison Ford a.k.a. Indiana Jones a.k.a. Han Solo a.k.a. Richard Kimball and star of the upcoming Cowboys and Aliens. So if Harrison Ford is making an appearance, he tends to attract a ton of people — and if you think people means professional autograph seekers, you’d be right!

Harrison is making an appearance to promote the medical drama movie, Extraordinary Measures. This tiny red carpet features him and Meredith Groeger who plays the girl with the rare genetic disorder.

The carpet is small and filled with cameras which, in turn, are engulfed by fans and professionals. I’m here a little late so I’m close to the front, but in the second row.

As time progresses, the two girls in front of me decide they would rather make sure they have good seats to Avatar so they leave to go to the movie and I get up to the front. Yeah!

When Harrison arrives, there is a mad dash toward him, but he waves people off. 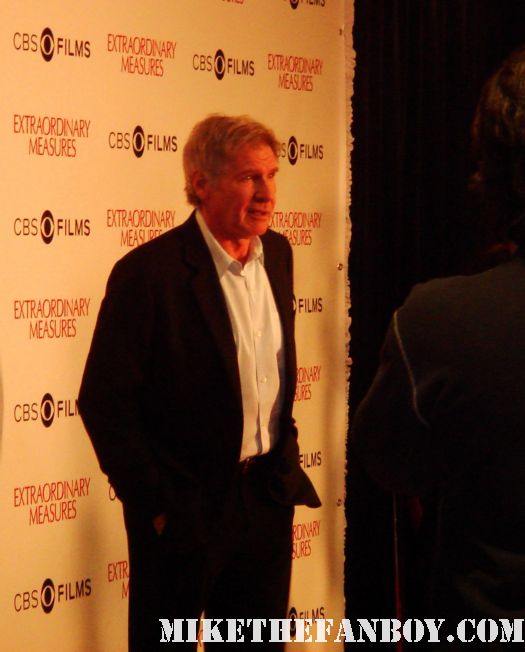 He goes to the carpet and does his interviews and poses with Meredith. She’s so tiny however; he gets down on his knees to pose side by side. 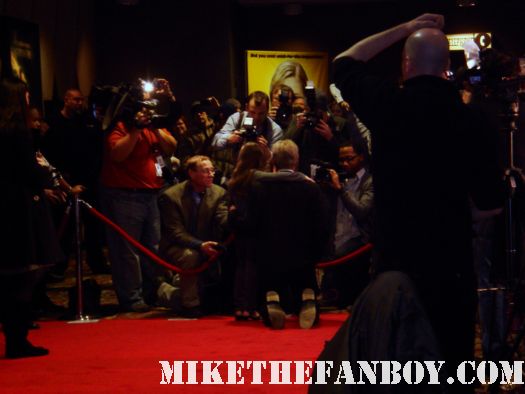 Once he finishes his interviews, he slowly walks towards us and says very deliberately: “Now let’s all remain calm.” 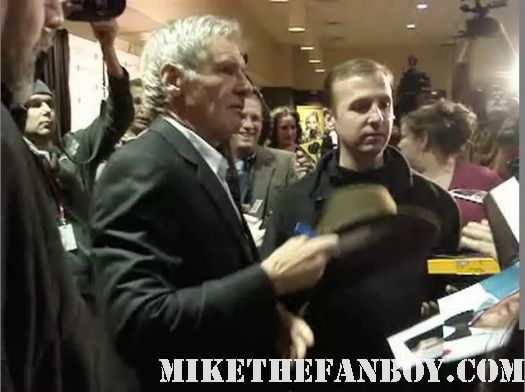 Of course, a whole bunch of professions run over from the other side so it’s about 6 people deep right now with tons of pushing and shoving. He starts to sign and is doing quite a bit. 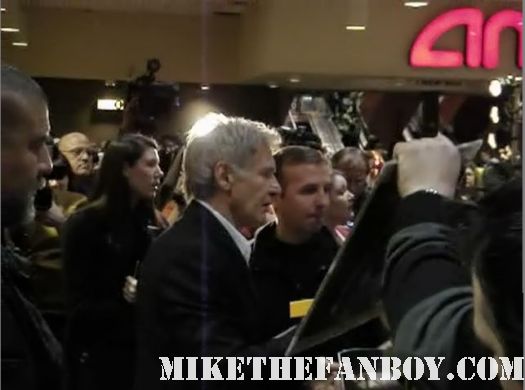 But the scrum on this side of the velvet ropes isn’t nearly as bad as the photographers on the other side who are pushing each other to get shots of Harrison with us. 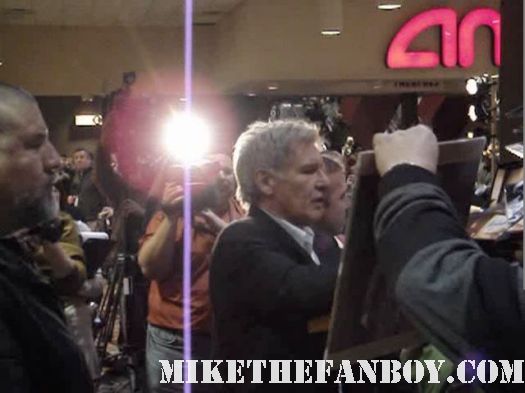 Security is called in and there are 2 on each side of Harrison to push the photographers back — total mosh pit on all sides of Harrison! 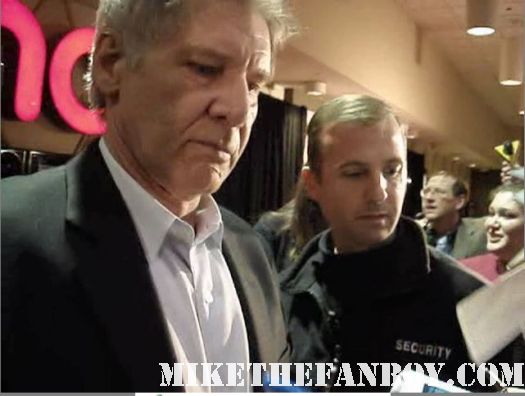 Through the chaos, Harrison continues to sign, pauses a little to let the professional autograph hounds crowd settle back down and then signs some more. He goes over to the other side to sign and you can see waves of professionals run around to try to get in again. However, it’s about 8 people deep on the other side so quite a few walk away disappointed. 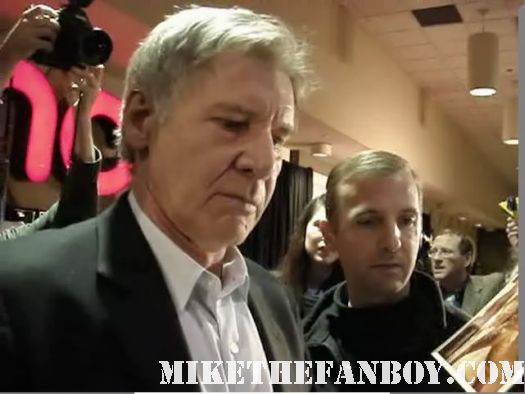 Considering Harrison signs infrequently, it’s amazing to see him sign so much for us today. He probably did about 80 for this crowd so it was definitely worth coming! Woo hoo!