I don’t need you to worry about me cause I’m alright!
I don’t want you to tell me it’s time to come home…

Who didn’t love Bosom Buddies? It was a classic staple of 1980’s goodness! For those of you who don’t remember it, Bosom Buddies starred Tom Hanks and Peter Scolari as two men living in a women’s hotel. They had to dress in drag to fit in.

Pinky met of the stars Ms. Donna Dixon and was more than overjoyed!

Hello, my lovelies. Pinky Lovejoy-Coogan here thinking about a few of my favorite shows from the past. One of the shows to always make me laugh was Bosom Buddies starring Tom Hanks, Peter Scolari, and Donna Dixon. 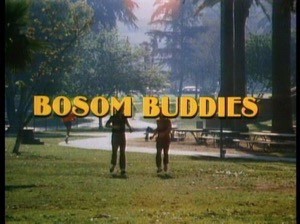 For those too young to remember, Donna not only played Sonny on the show, but she played Garth’s Dreamgirl in Wayne’s World. Party time! Excellent! 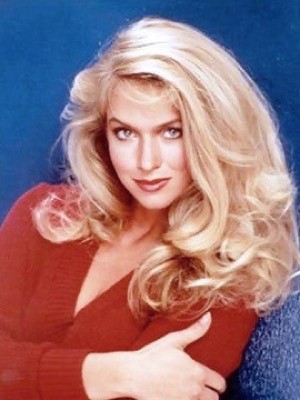 Last week Donna’s name showed up on a list to attend a premiere. I was so excited! I’d never seen her name on a list before. Despite the never-ending rain that weekend, I was determined to make my way out and try to meet her. 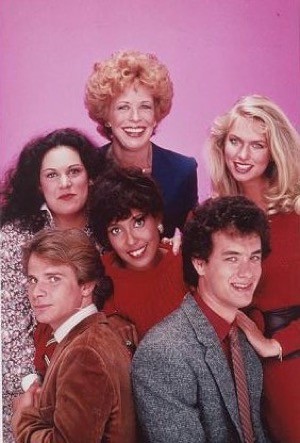 Thankfully my girl Liz came out with me and we were able to meet Donna as she arrived to the show. What a kind and beautiful woman! When she arrived, she signed a bunch of autographs and then stopped to take a picture with me (just pretend I don’t look like a drowned rat in the picture). 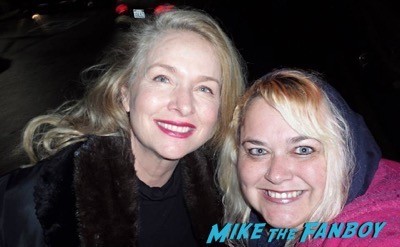 Donna was supposed to come with her husband, Dan Aykroyd, but he was a no show. Thankfully we’d already met him last Halloween. Hooray! 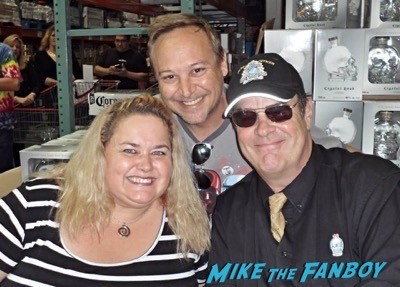 Hopefully someday I’ll be able to meet the other cast members from the show, but so far I’ve only been able to meet Donna Dixon and Holland Taylor. Fingers crossed for the rest! 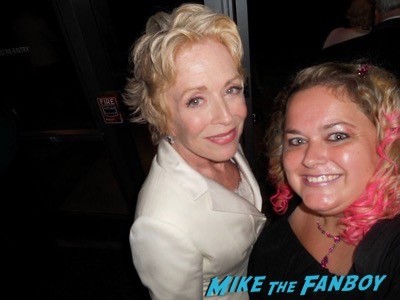