Vacation, all I ever wanted…

Oh wait… It should be…

The Vacation films have long been some of my favorite movies of all time. Besides my love of Chevy Chase films, the Vacation movies are just classic comedy.

“Look kids, Big Ben! Parliament!” I quote that all the time.

When I heard of the new Vacation reboot/sequel I’ve been cautiously optimistic. While I’m still not sold, I couldn’t pass up the opportunity to try and meet the new Rusty Griswold, Ed Helms.

Ed is on tour right now with his band, and Scotty and I saw that he had a show here in Los Angeles. We headed down beforehand to try and meet Ed Helms and of course hope for the best.

We arrived and honestly, there wasn’t much happening at all. So, we basically just hung out and chatted for a bit. We were the only ones waiting, and it was fairly calm.

I know Ed’s reputation hasn’t been the best, but I’ve also heard he’s pretty cool if it’s only a couple people.

About 20 minutes later we saw a car, Scotty headed to the front of the venue and I waited in the back. Then Scotty waved me up to the front and I ran over to meet him.

Ed Helms pulled up and was getting out his gear. We asked him if he wouldn’t mind signing and Ed said, “Sure guys.” He signed both of my Vacation posters and then signed Scotty’s poster. I told him how much we’re looking forward to the new film, and he said, “Thanks so much.” 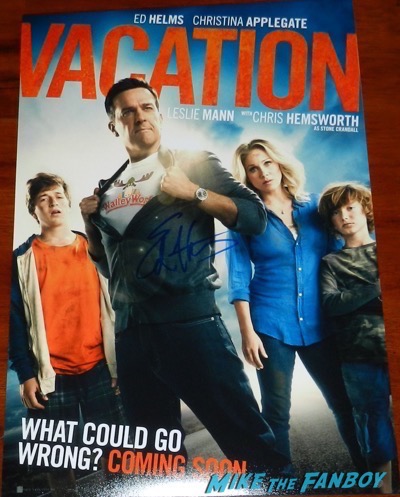 Then Ed was happy to pose for photos with Scotty and I before heading inside.

It was super quick and super easy. Very nice! 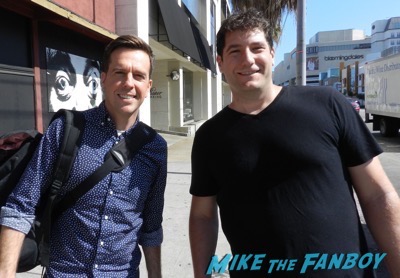 We were in and out in under an hour. 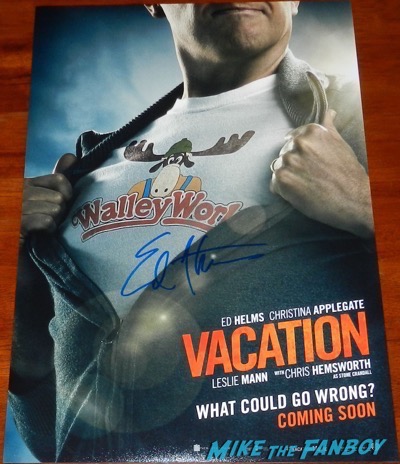