This sounds terrible but it’s not. There’s nothing like a Photo Flop to make me smile. The reason being… we’ve all been there and it just sucks. Personally, sharing that pain always makes it easier for me. LOL… Because in life you have to laugh, no matter what.

Karalee, who is awesome BTW… Got this awesome photo flop. Check it out after the jump!

This is what I’ll say when people see my pic with Michael Bublé, the charismatic crooning Canuck. Love his music. Love his charm. Love his face. Love him.

He was appearing on a local talk show and at the last minute, I decided to try and see if I could meet him. His SUV pulls through the gate, drives by and then stops. Cue the crush of graphers and fans who swarm the backseat passenger window that has rolled down, revealing the Vancouver vocalist. There’s pushing, there’s shoving, there’s a person who should invest in a new roll-on.

It’s not looking good for my photo op. It’s dark, there’s no one to help take the picture and the Bublé is about to bounce. I should say: He was incredibly sweet, signing lots of autographs, smiling, cracking jokes. Someone shoved some sort of doll or figurine in through the window for him to sign and he said, “That’s the weirdest s!@# I’ve ever seen.” Cool guy + cooler voice = swoon-worthy. 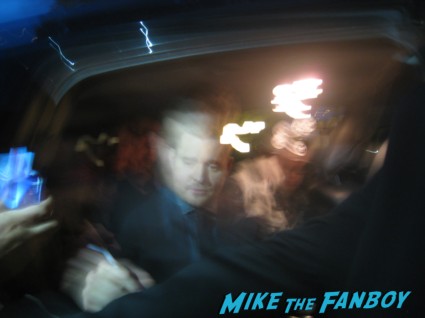 I finally worm my way to the window and quickly ask for a photo. He says, “We can try!” It felt very anti-Hunger Games, as I could feel the odds falling far from my favor. I attempted the selfie and well,…say it with me… “It’s artsy, right?” 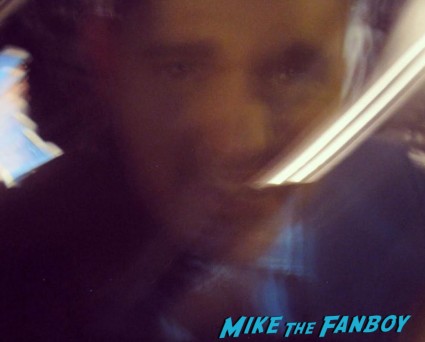 Maybe next time, Bublé. Still super fun to see one of my favorite singers up close and love that he was as charming as I thought him to be.

Thanks for letting me share…catch ya on the flip slide. 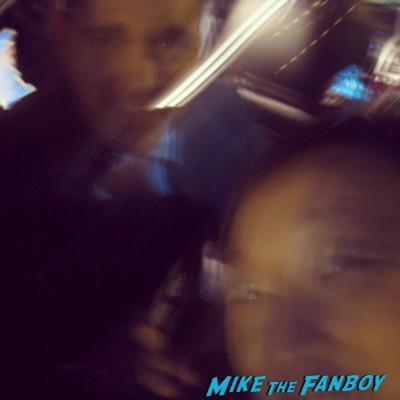