Home / Fanboying! / Foo Fighters! Lewis Learns To Fly After Meeting Dave Grohl And The Guys In Australia! Autographs And More!

First off, who doesn’t love the Foo Fighters?
They Rawk!

I know Scotty is a huge fan of Dave and the gang as well. When I saw Lewis’ recap I was pretty jealous because he got to meet the whole band! And as anyone knows, that’s hard these days. You always miss one person!

Lewis met the band in Australia and had a great moment with them. #Awesome!

I haven’t really posted on here for a while so I have a few experiences to share with you all. Firstly my most recent whilst I’m currently in the land of Oz.

So the Foo Fighters were in Adelaide a week or so ago. I did a bit of research to where they stayed on their last visit to Adelaide and decided to give it a shot, I arrived at the hotel around 8am, after a couple hours of just sitting around a van pulling a small box like trailer pulled up. The driver opened it up and pulled out five green bikes. I knew that the band liked to get around the city by bike so I was slightly more hopeful.

After another hour or so I decided to go and get a drink and a bite to eat as it was a hot day. As I was walking back to the hotel I was waiting at zebra crossing. At the other side was a bloke on a bike, I thought to myself ‘ha that looks like Dave Grohl on a bike’. It was time to cross and low and behold the figure in question was Dave as I stood in awe as he rode past me. At least now I knew I had the right hotel.

In Adelaide there isn’t much of a desire to obtain autographs as there is in the Uk or across the pond so I was chuffed to see it was still only me waiting at the hotel with my vinyl. I heard Dave had been pretty tough on this Australia tour so I was hoping if it was a one on one encounter it should be pretty cruisey.

Pat came out first for a smoke and was more than happy to chat, sign and have a photo with. Nate, Taylor, Chris and Dave were out on their bikes so it was just a matter of waiting for them to get back and it truly was worth the wait. 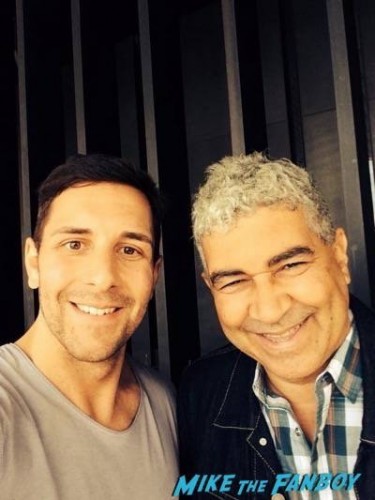 Dave was nice, it was just me, he was in a bit of a rush as the bands entourage were talking about how a bus was picking them all up to take them to a vineyard and they still had to shower etc. 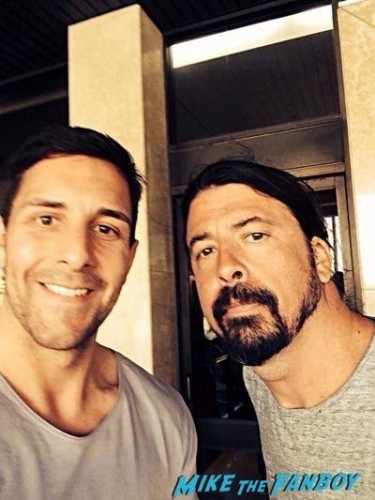 For all of you that have met the Foos or have a desire to I can honestly say they are such a down to earth, humble group of gents and it was a pleasure to meet them.

As I’m sure many of you collectors have experienced like I have when you start a project like getting a vinyl/ poster signed and you want to complete it sometimes it can take days, months even years. To complete my vinyl in a few hours was such a nice, stress free experience. The signatures are nice in my opinion (even Taylor’s). I take my hat off to the Foos…the concert was incredible as well. 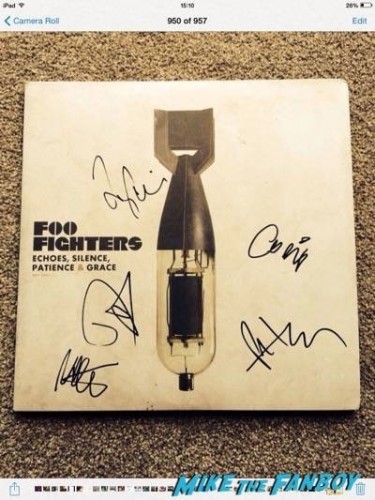