Today was one of those days, when I said… Okay, I can go home or spend an hour and see what happens. So, I said… and actually I said this out loud to Suddenly Susan, “why not give it a shot?”

Melissa McCarthy and Warrior’s Frank Grillo were doing a talk show, and I figured I would head over. I have a slew of Purge: Anarchy shirts and some other stuff so I figured, let’s head over, I know Frank is super nice and I thought it might not be that crowded.

When I got there, only six people were waiting, that of course swelled to about 20 eventually, but for right now it was light. John was there, and I gave out a few shirts, since I had a bunch. Who doesn’t need a Purge: Anarchy shirt?

There were about three or four helicopters circling. Apparently, a water pipe broke and started flooding the area! Doh! 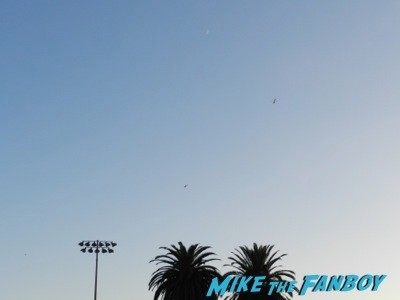 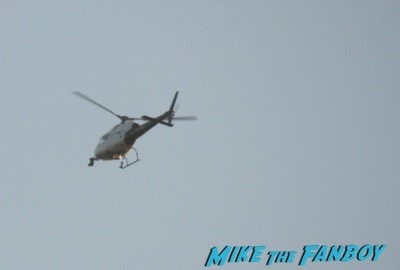 I was told that everyone was in, so I really only had about 45 minutes to wait. Suddenly Susan was heading down, and it was a nice calm day.

After a few minutes out comes Melissa McCarthy. 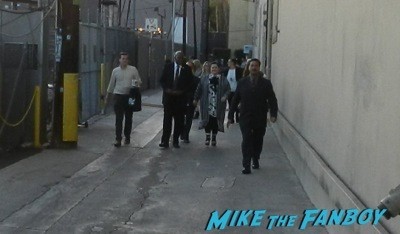 Security says, “She will only sign one per person!” I was like okay. Melissa was super nice though, seriously awesome. She was sweet and signed my Rolling Stone magazine and I have to tell you, her signature is so beautiful. 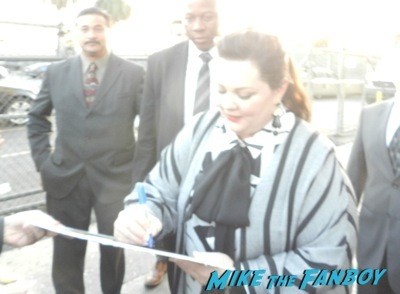 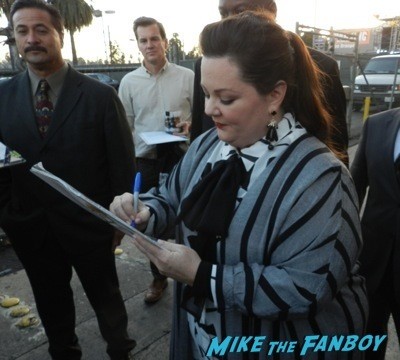 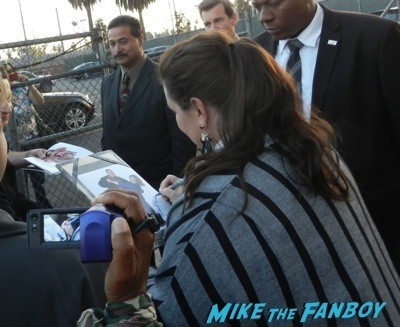 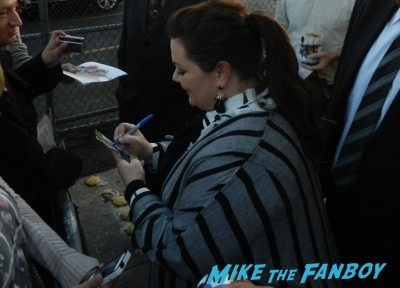 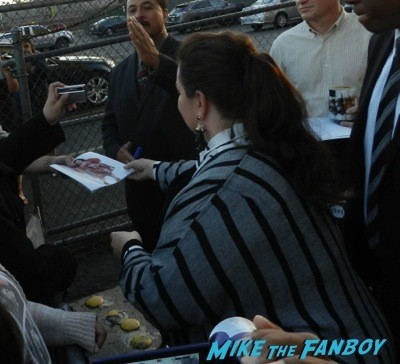 I tried to get a photo but the security was like, “she’s doing the other side of the line now.” and then sort of blocked her from coming back. Susan showed up towards the end and even though she was let into the front, she didn’t get her photo signed. Doh! 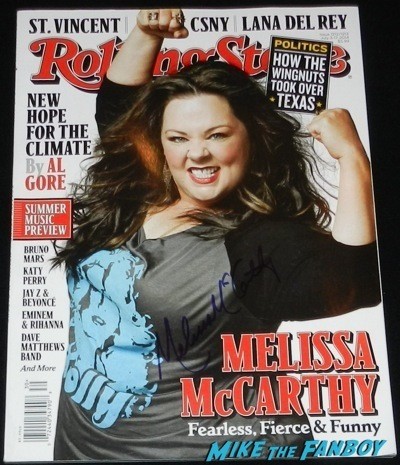 Still, Melissa McCarthy was so adorable, and very kind.

After she left, about five minutes later out popped Frank Grillo! 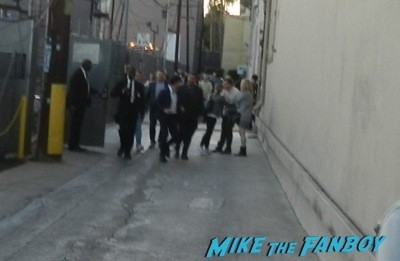 He ran on over and started signing, Susan didn’t have anything so she got one of the Purge shirts signed. 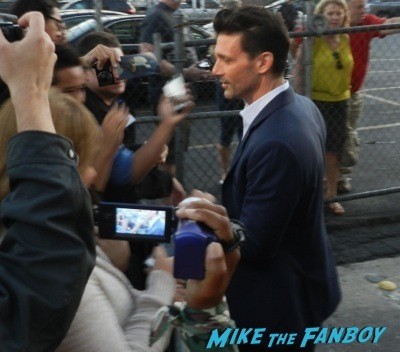 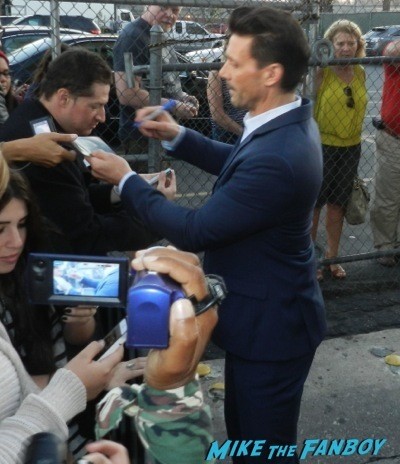 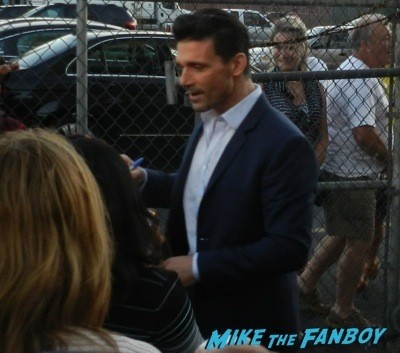 Frank was like, “These shirts are awesome.” I was like, “Do you want one?” So, I gave him one. He must have thanked me like three times. Super cool guy. 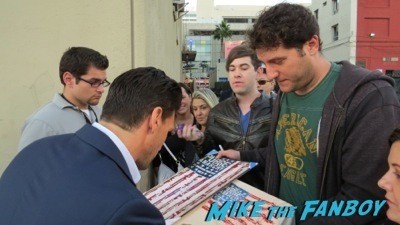 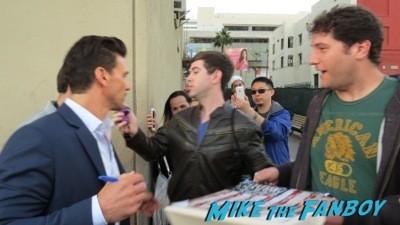 Frank signed one of my shirts and also my mini poster as well. 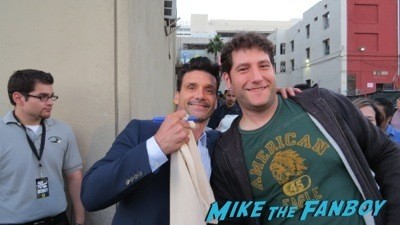 It was a super quick and fun night. Plus, thanks to John, I got a fun photo with Frank as well. 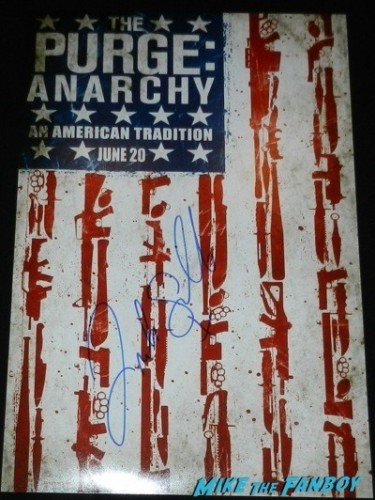 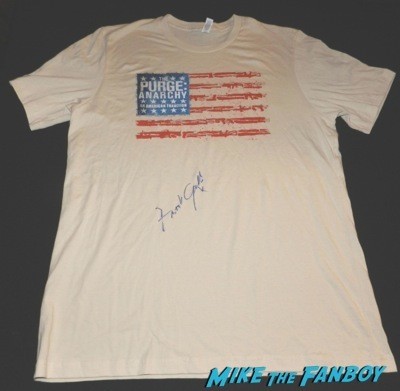