As you all know, I love me some Modern Family! Well CB apparently loves… Happy Gilmore… Sigh… I know I know the Bob Barker cameo was funny, but come on! lol… I’m just toying with him. Julie Bowen is super awesome, I’ve had the pleasure of meeting her back when she was having sex with Hunter Parrish in Weeds, lol… Plus, I’m super happy she won a much deserved Emmy award for her portrayal of Claire Dunphy.

Today I am writing about my awesome experience meeting Modern Family’s Julie Bower.  One of the movies i enjoyed watching was Happy Gilmore, and it was until recently that i discovered she played Virginia. I still think Happy Gilmore and Billy Madison are Sandler’s best movies, but that’s another topic. Julie is probably more known for her role as Claire on Modern Family, for which she won an Emmy recently. Julie was fresh off her Emmy win promoting Modern Family, so i decided to go for her. I’ve never met her, but Mike has said she was really nice. Hoping for the best here.

7:00: I arrive and there is a tiny crowd. I’m joined by the Awesome Anushika, so at least I got someone to talk to.

7:20: We see a limo pull up and they are going to drop the guest off right at the door. We see security open the door and its Julie. We yell for her and she comes over. 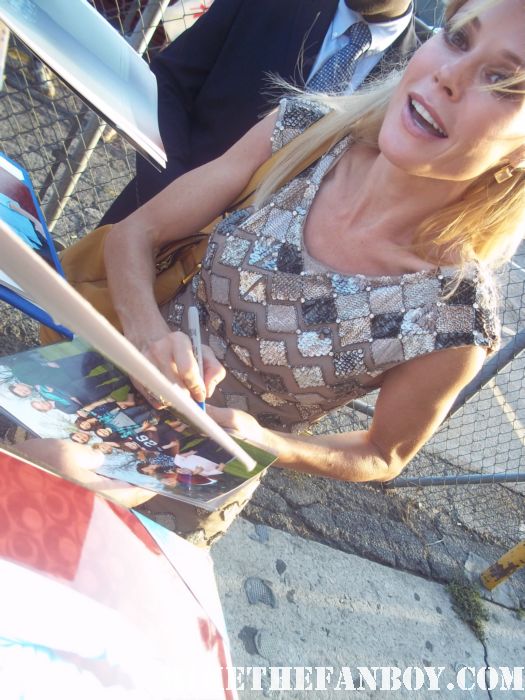 She’s really nice and comes over and signs autographs and does photos with everyone who requests one. Such a sweet girl, she really liked the photo I had of her holding her Emmy. 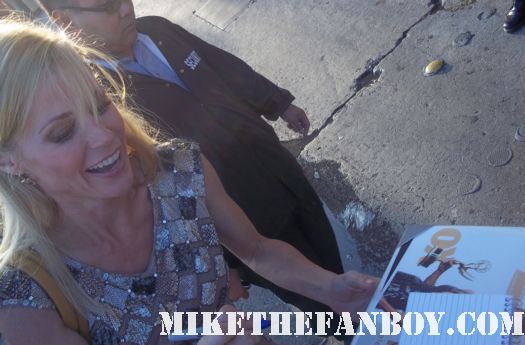 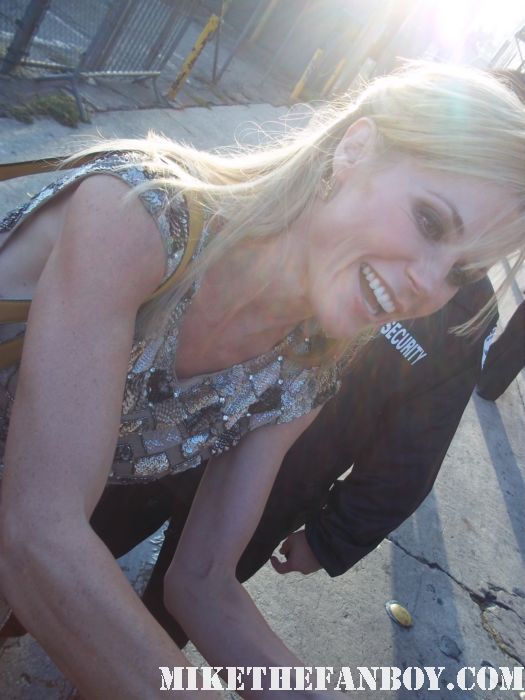 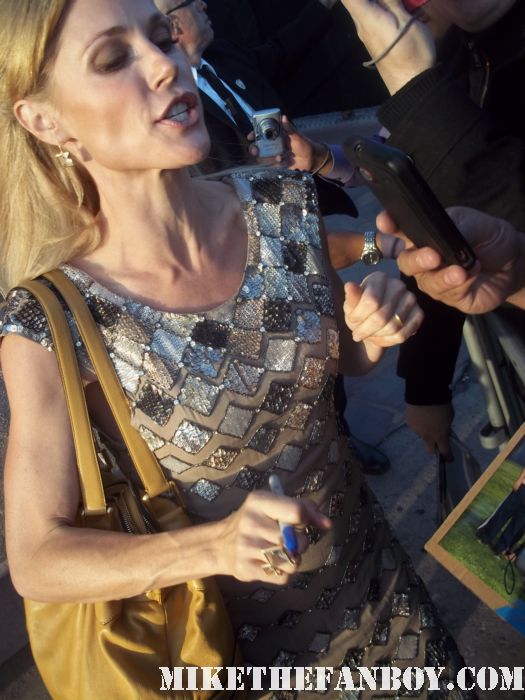 Quick and Painless. It was a great experience and she didn’t keep us waiting. Thanks Julie. Until next time, take care everyone! 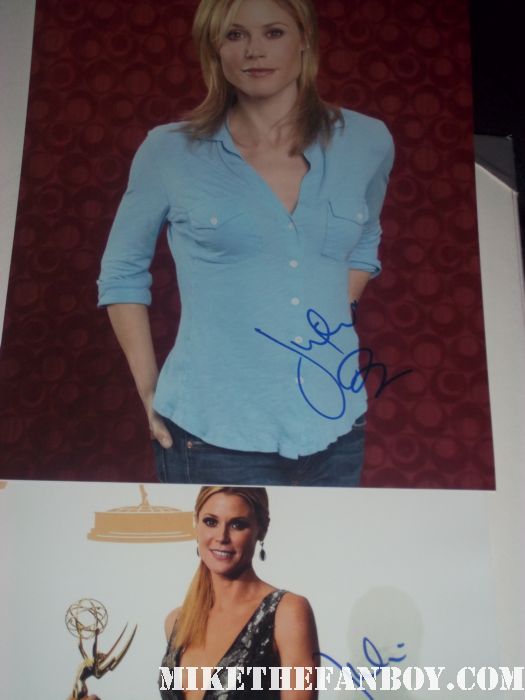