No one told you life was going to be this way! Your job’s a joke, you’re broke, your love life’s DOA!

It’s like you’re always stuck in second gear, it hasn’t been your day, your week, your month, or your year!

Who doesn’t remember the theme song to Friends?!? It was a cultural milestone and was on the air for a decade! Damn!

Warner Bros is celebrating the release of Friends: The Complete Series on Blu Ray! November 13th by giving everyone a chance to win a limited edition gift set with two oversized cups and a frame just like the one on Monica’s door!! 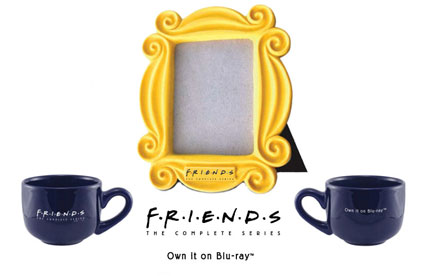 The fine folks at WB also made this killer app and a rad video player that unlocks a new friends clip every week!

All you have to do is tell me who you got on the “Which Friend are you quiz?”