The Marvel machine is rolling on. The new Netflix series based on the Marvel comic book series Daredevil has just cast Rosario Dawson in a “critical” role.

According to The Wrap, she will pay a woman with a quest to heal the wounds of Hell’s Kitchen. Her work forces Matt Murdock, played by Charlie Cox, unexpectedly crashing into her life, while her own journey forever alters the course of his battle against the injustices in the city. 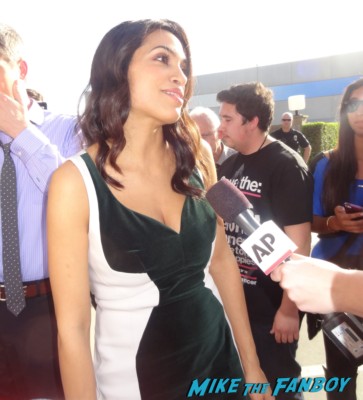 “Rosario Dawson is one the most charismatic, talented and powerful actresses in Hollywood, so she was always at the top of our list for ‘Marvel’s Daredevil,’” said Loeb on the Marvel website. “Her role in the series is absolutely critical to Matt Murdock’s journey to become the hero we know as Daredevil.”