Paleyfest 2015 is set to unveil it’s lineup later this month, but the Paley Center has teased a few shows that will be making appearances at the annual festival.

The full festival, which will take place March 6 to the 13th at the Dolby Theater in Hollywood. 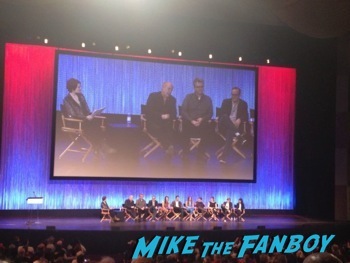 This year the three events that have been announced are nights honoring Scandal, The Good Wife and Arrow/The Flash.

The rest of the lineup will be released later this month. Last year there were events honoring Mad Men, How I Met Your Mother, Veep, and more.

This year, it seems the festival is only going to run about a week. Last year the fest ran for 15 days.

Any guesses as to the other shows that will be present?