Oh Billy’s Photo Flops! God love them. Billy headed to WWE’s Summer Slam and met a bunch of wrestlers this past weekend. One of Them was Stone Cold Steve Austin, who was nice enough to sign, greet the fans, etc…

Sadly, Billy handed his camera off to someone and lets just say… His photo ended up being less than stellar! Doh!

So we were out for WWE’s Summer Slam in LA, and some of the biggest names in wrestling were there.  One of the biggest names, Stone Cold Steve Austin was on his way to a cab, when a number of fans approached him for autos and photos.  He told us we would have to get it while he was walking.

So the mini mob walked with him.  I was able to get an auto after he was delayed a bit cause he tried to leave out of a locked door.  Now it was time for the picture.

Jon Voight Chris wanted me to take his picture first which I did an amazing job of.  Then I handed off my camera to him for my picture.  After having to literally push Chris to where he could take a picture. Stone Cold poses quickly.  Great I got it! 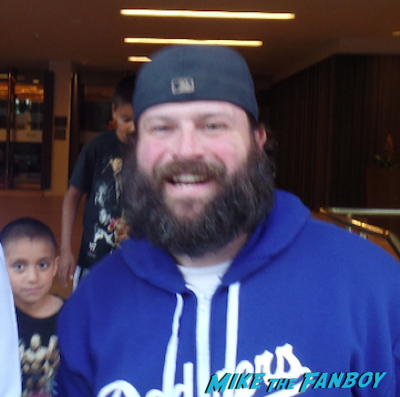 Then Jon Voight Chris looks at me with the dumbest look on his face and says I don’t think it came out.  Then he just stood there with my camera…..TAKE ANOTHER PICTURE!!!!!  I did get that other picture, but here is the beauty that Jon Voight Chris was able to take for me.  UGH! 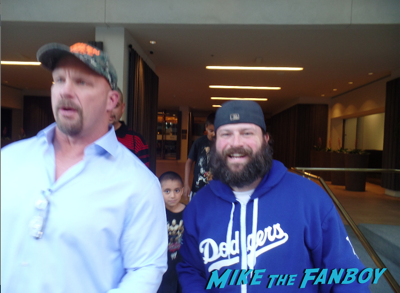