Pinky loves Duran Duran. I have to tell you, she LOVES Duran Duran! When she heard that the band was doing a rare appearance at the David Lynch concert she headed down in a mad pink flurry.

She was able to meet Mr. John Taylor! And let me tell you, Pinky was Hungry Like A Wolf! Grrrrr..

Check out her Photo Flop below!

Hello, my lovelies. I was lucky to attend the David Lynch concert the other night and hear music performed by a variety of bands, most notably Duran Duran. After the show, when I was waiting for my beloved band members to leave, I had the chance to get another picture with John Taylor. 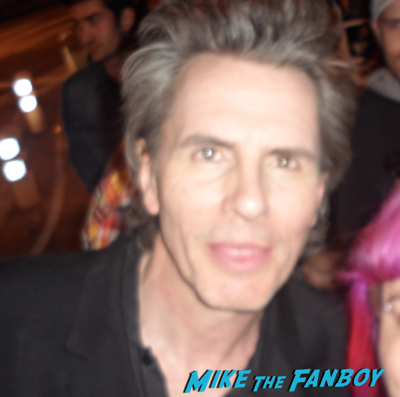 Now, some of you may recall that John was my unicorn for the LONGEST time. Despite meeting the other band members, I simply could not get a picture with John to save my life. It finally happened in 2013 (hooray!), but I hadn’t seen him since. When he came out last night, I didn’t really expect him to stop. I don’t know why – I guess I still have it in my head that he’s my unicorn. When he said yes, I was stunned! Sadly, our picture was less-than-stellar, but no worries at all. I’ve still got my original picture with him from years ago, plus I was then able to get a really good shot with Nick Rhodes (who, let’s face it, is my all-time favorite band member and therefore the picture that was most crucial from the evening). Blurry photo flop! Sigh. 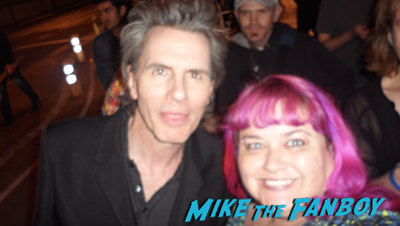