Home / Fanboying! • Pretty In Pinky / Pretty In Pinky: Talking About Last Night… Over At St. Elmo’s Fire With Mr. Rob Lowe! The Icons of the 1980’s Continue!

You know, I was going through the recesses of my mind and I realized how many movies that Rob Lowe has actually been in. I mean like… Wow… I forget sometimes about St. Elmo’s Fire, About Last Night…, etc… They may not be tops on my 1980’s love fest, but they are still really associated with the 1980’s. I’ve never met Rob Lowe, Scotty actually did a while back and got my View From The Top poster signed… I know don’t hate… lol…

Ms. Pretty in Pinky however has met Mr. Rob Lowe… TWICE! I mean what do you expect from someone who has over 2000 pictures with celebs! Right! Hello!

Check out her recap of meeting the 1980’s legend after the jump!

Hello, my lovelies. Pinky Lovejoy here to discuss the magic that is Rob Lowe. If I were keeping with tradition, I’d continue with our discussion about Say Anything, but, alas, I feel like mixing it up today. Plus, I’m still completely and totally in love with Rob Lowe’s book entitled Stories I Only Tell My Friends. Who knew that someone so beautiful could not only act, but also write? 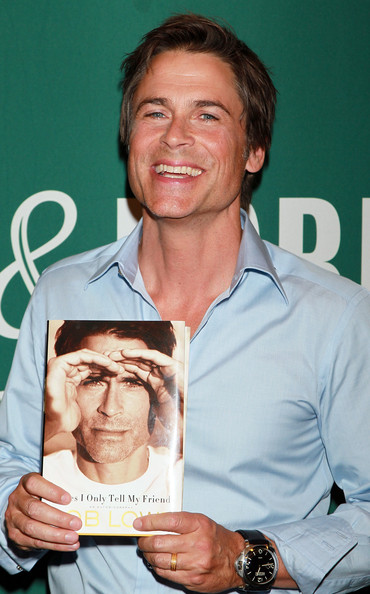 When I first started reading it, I thought perhaps I’d missed a page as it literally starts in what feels like the middle of a story. But, no, that’s the point: He’s telling stories. Elaborate, interesting, name-dropping, wonderfully written stories and I simply couldn’t get enough. 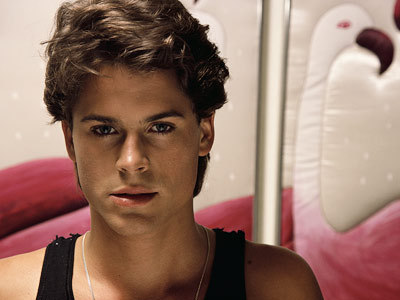 I even cried when I got to the last page (don’t judge me) because I was honestly going to miss my (onesided) relationship with Rob Lowe. I wish I could adequately explain the feeling I had when reading it, but it’s hard to put into words. Simply speaking, I loved it. I want to be Rob Lowe’s BFF. 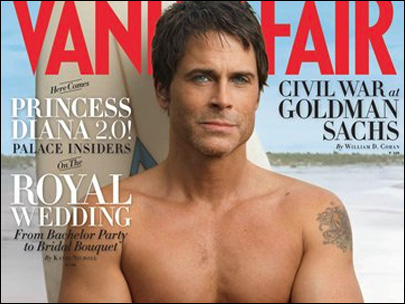 Luckily, I had the chance to meet him briefly at Sundance this past year and then again this weekend at the Emmy awards. In person he’s….well, fine, I guess. The first time we met I asked him for a picture and he didn’t initially respond at all  (like he went spontaneously deaf – which is, unfortunately, fairly typical of celebs who don’t want to be bothered) but then finally said OK. I was hoping it was just the rushed circumstance of Sundance and perhaps he was in a hurry, so I could give him a onetime pass. 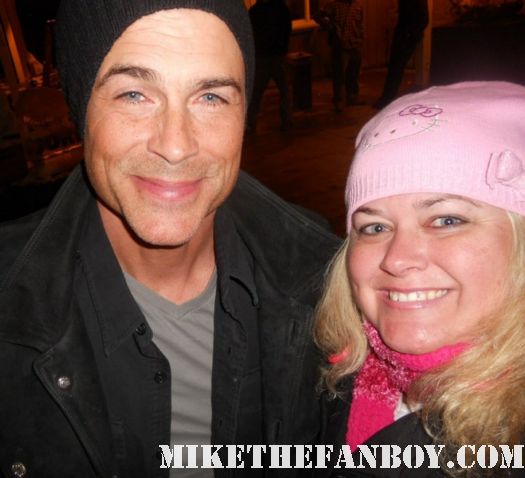 And maybe that’s the case. But this past weekend he was exactly the same – delayed response (even started walking away) and then when I asked again, I got the picture. Again, though, it was right after the ceremony, he was in a hurry, and he was with his family, so it could be a repeat of last time’s hurried feeling. Do I give him another pass? I’m inclined to say yes, as he was very nice when I told him how much I loved the book, as well as his new film which premiered at Sundance this year (called I Melt With You – he’s amazing in it). Hopefully one day we’ll have a chance encounter in which it’s not rushed, I don’t somehow mess up the picture, and I can appropriately gush about the wonder that is Rob Lowe. As it is, I’m re-watching all of his films and plan to be an even bigger fan (if that’s possible) when I’m done. Hello, have you seen him on the cover of Vanity Fair? SWOON. 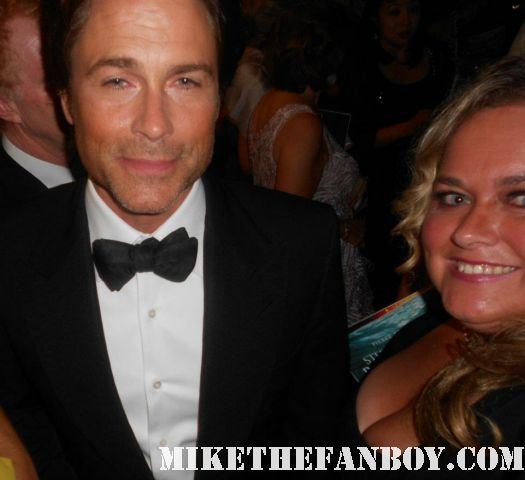 For a fantastic read, please check out Stories I Only Tell My Friends by Rob Lowe. For a great viewing experience, please try any of his classic films – among them: St. Elmo’s Fire, The Outsiders, Youngblood, About Last Night, and Wayne’s World (just to name a few). For additional pink fodder, please visit my blog: www.pinkylovejoy.blogspot.com. As always, have a pink day!