Yesterday, we lost everyone’s favorite TV dad, Alan Thicke, who played Dr. Jason Seaver on Growing Pains from 1985-1992 (so, basically, my entire teenage existence) at the far too young age of 69. 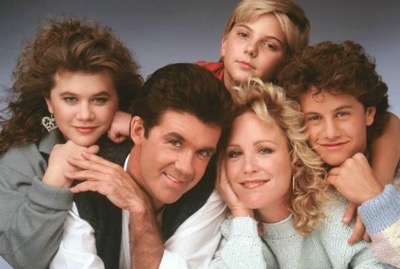 When we first heard the news, it was only on TMZ and we thought it had to be a mistake. Immediately we called our dear friends Jeremy Miller and Tracey Gold (who both starred on Growing Pains along with Alan) to see if it was some sort of a hoax, but more importantly, if it wasn’t a hoax, we wanted to make sure they were holding up OK. At the same time, I texted Mikey to let him know that I’d be unable to do this particular R.I.P. article for the site because the subject matter was too close to my heart and Jeremy and Tracey are too dear to us. But today I woke up and realized that it’s precisely because the subject matter is so dear to me that I should be writing about it (I hope that makes sense). 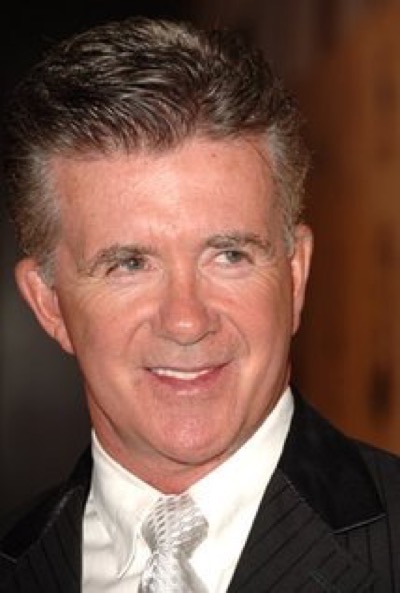 Despite being close to Jeremy for years, I’d never actually met Alan in person until this past July at a golf tournament. He was so fan friendly and awesome. When anyone asked for a picture, he would sit in his golf cart and then everyone just lined up for their pictures. 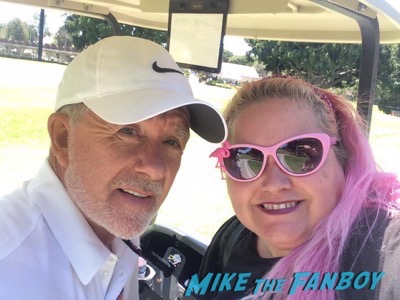 I made sure not to take too long or dawdle, as I figured I’d have another chance to see him when he wasn’t in between holes at a golf tournament. Sure enough, not long thereafter we saw him with both Tracey and Jeremy at the Hollywood Show. This was the first time we really had the chance to chat with him and he was so kind. I loved seeing the three of them together because you could really feel their love and affection for each other. After so many years of being an on-screen family, it was evident that they were still a family in many ways. A few weeks ago, we saw all three of them again at the Rewind Convention in Chicago. Again, I loved seeing them together and this time we were able to get a group shot with them which was thrilling for me as someone who’d watched the show growing up. 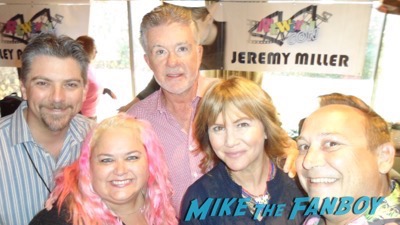 I can’t believe we just saw him a few weeks ago. I can’t believe his bright smile and distinctive voice won’t be heard from again. I’m so very sad for his family, his friends, and especially his Growing Pains family. Love and light going out to all those who loved him. He will be missed.