I can’t believe that we’ve lost one of the foremost film critics Mr. Roger Ebert. I remember as a kid always watching his syndicated series Siskel and Ebert. It’s how I found out about new films coming out back in those days and also films I would never have known about.

Roger Ebert in particular informed generations of movie goers and while no one will agree with a reviewer 100%, I respected his opinion.

Ms. Pinky has done a fine write up about her meeting with Mr. Ebert below!

RIP Roger Ebert, you will be missed!

Hello, my lovelies. Pinky Lovejoy here saddened by the news that we’ve lost one of the great Hollywood film critics. Roger Ebert passed away today at the age of 70 after a long battle with cancer. 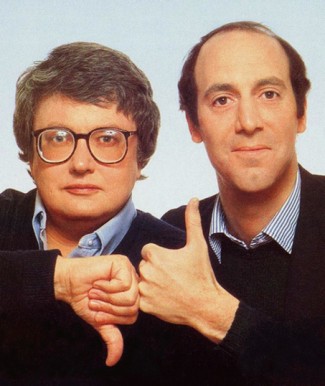 Not only did I grow up watching Siskel & Ebert, but I had the pleasure of meeting Roger Ebert several times over the years at Sundance and always found him to be very kind. I’d see him sitting in the theater after a film ended and he’d be taking pictures of the cast onstage, which I always found funny because I didn’t expect him to be that phased by movie stars after his long career in the entertainment industry.

I mean, he was a bonafide star in his own right, so to see him taking so many pictures just always entertained me for some reason. He always seemed to be fiddling with a new camera and when he wasn’t in his seat (which was pretty far back in the theater), he’d be in the lobby mingling with fans. He never seemed put off by anyone chatting with him or sharing an opinion about a movie. 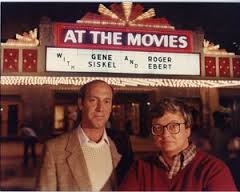 In fact, he seemed to welcome different opinions and would often have lengthy discussions with whoever was next to him at the time. He rode the shuttle bus around the Festival, was very down-to-earth, and seemed to have a genuine love of film. I appreciated Roger’s opinions, whether I always agreed with them or not, and was impressed with him overall. Roger Ebert was a class act who will be sorely missed. Rest in Peace, Roger. For a life well lived, we give you two thumbs up. 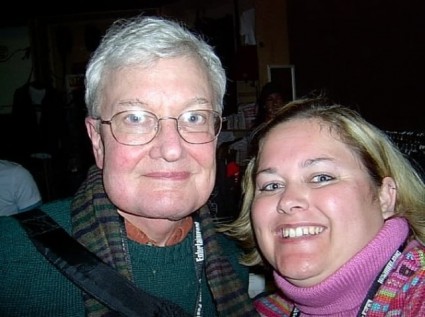