There’s nothing quite like the Rocky films. When you look at Sylvester Stallone’s career, it’s clear that Rocky is the pinnacle of his work. I don’ know a child who grew up in the 1980’s and 1990’s who didn’t count the Rocky films as seminal moments. Every time a new Rocky film came out, it was an event. You had to see it in the theater. 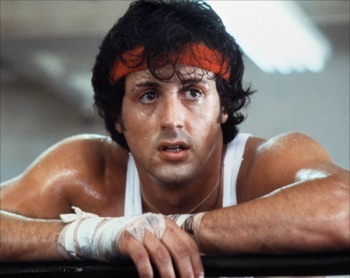 Now, all the Rocky films have been packaged together in the “Heavyweight Collection” and if you haven’t purchased the Rocky films on blu-ray yet… Here’s your chance to own all of them.

You probably don’t need me to go through the plot of each film, but for those of you unfamiliar with the series, it goes a little like this. 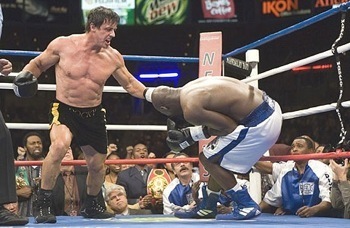 Philly fighter Rocky Balboa is a man whose career is in a spiral. In a stroke of luck gets a chance at the Heavyweight title. This is clearly a once in a lifetime opportunity and to say he’s an underdog is an understatement. Rocky is going up against a machine a fighter trained to dominate and destroy his opponent. 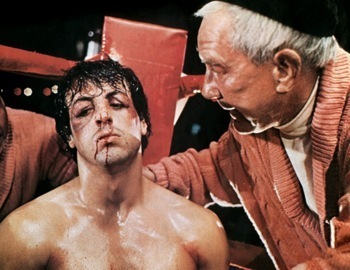 It’s fairly standard plot wise but what sets Rocky apart from the pack is it’s devotion to character over the plot. The film starts and ends with a fight, what’s in the middle is a character study. It’s an exploration of a man who is riddled with fear, self doubt and actual sensitivity. He loves animals and his wife Adrian (Talia Shire) who he is devoted to. 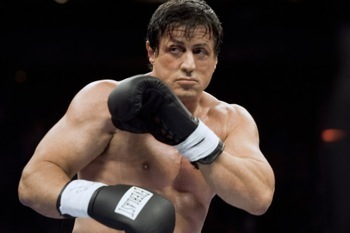 The story is widely known as Sylvester Stallone’s story. He had around a hundred bucks in the bank and was a struggling actor when he sold the script to Rocky. In a way, Rocky was his once in a lifetime shot to make it in the Hollywood scenes and that translates to film. 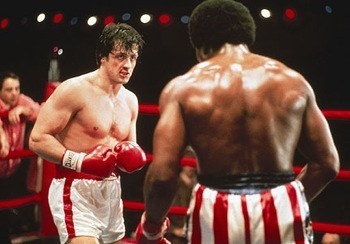 The sequels fair far less than the original but it’s still a kick to see Rocky be the underdog and defeat his opponents. Like the best sports films, the Rocky franchise has never been about boxing per se, it’s about man’s struggle within himself. To be able to last those 15 rounds, to “go the distance.” What’s awesome about Rocky is that he never expected to win, he just wanted to go out there and hold his own. That’s a lot like life for most men, most people aren’t the superstars, we’re all ordinary folks who get up everyday and want to hold our own, to try and make it.

In essence, we’re all a little Rocky. 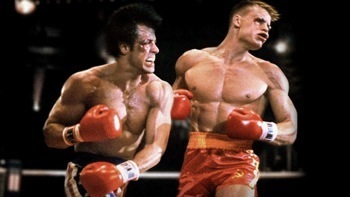 Rocky (and the subsequent sequels) have been remastered on blu-ray. Honestly, I know this was a 1080p transfer and some people may gripe about it, but damn if the movie hasn’t looked better than I’ve ever seen it. The texture of the film is brought to life with the high definition transfer. There are some spots where it’s hard to pick out details but that has more to do with the films aesthetic than the transfer. 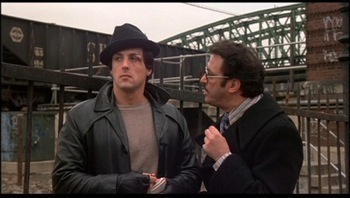 The special features are aplenty, and all have been transferred to this release from the previous “Undisputed Collection.” 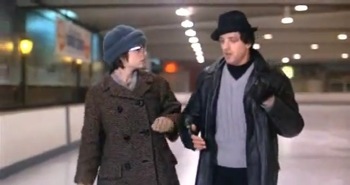 Clearly if you’re a fan of the films, this release has you covered.

Overall, this is a fine set for the collector and casual fan alike. Where else can you get a whopping six films in one package for a fairly low price. Let alone a classic series like this!

Rocky “The Heavyweight Collection” is out now on blu-ray! 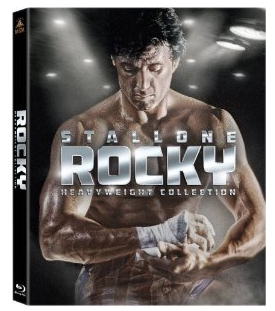