And that’s grab me some Taco Bell!

Yes, that’s true, but this year at Comic Con, Taco Bell is celebrating the 25th Anniversary of Demolition Man and partying like it 2032 where all the restaurants are Taco Bell! 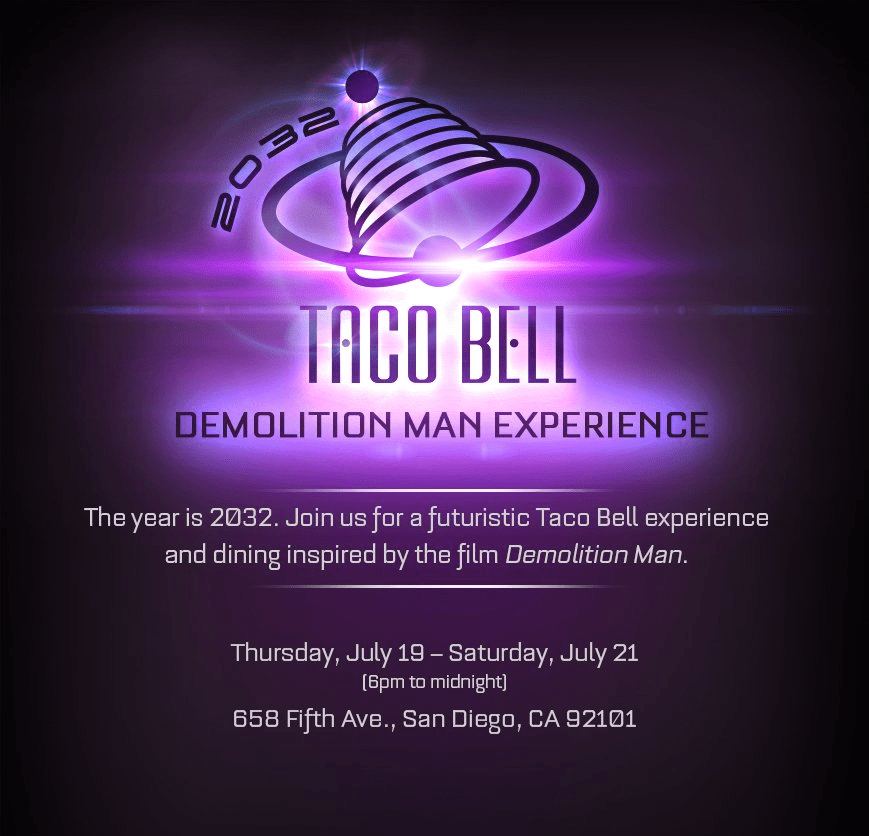 After making the biggest debut in Taco Bell history in January, the hugely popular Nacho Fries are back for a summer sequel, returning to menus July 12. To celebrate their return, Taco Bell will honor the 25th Anniversary of Warner Bros. Pictures’ action sci-fi film Demolition Man, and its prediction of a utopian future where “all restaurants are Taco Bell,” with a re-creation of the iconic restaurant from the movie.

Demolition Man, a 1993 Warner Bros. Pictures’ cult-classic in its own right, gained fame for its utopian predictions of 2032 – where Taco Bell was the only restaurant to survive the Franchise Wars. But since the film’s release 25 years ago – one question remains unanswered: how?

Leading up to the July 12 return of Nacho Fries, answers will be revealed with exciting creative in the sequel to Web of Fries I. Culminating with a Demolition Man pop-up and a futuristic and upscale Taco Bell dining experience July 19 – 21 in San Diego just outside the holy-grail of science fiction. More details and sneak peeks into the experience to follow. 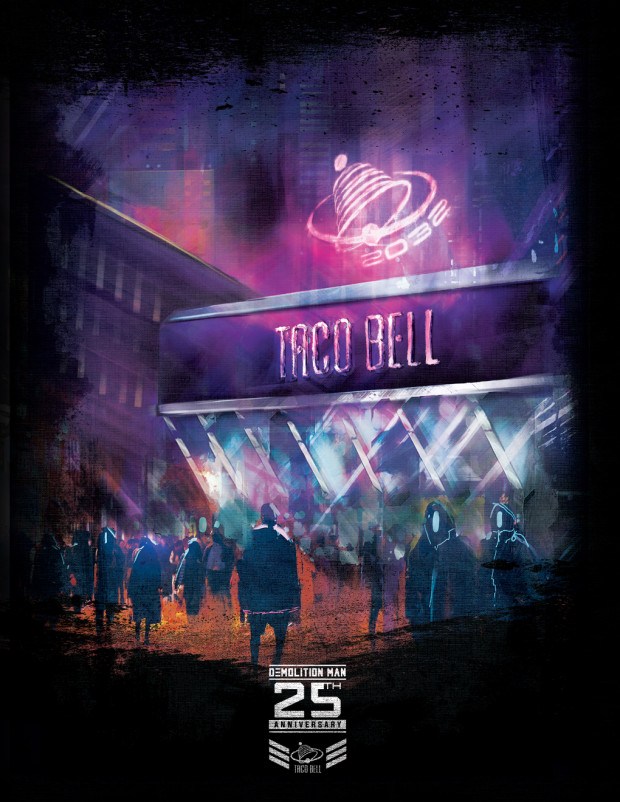 Nacho Fries will be available for a limited time a la carte for $1.29 and also served Supreme for $2.49 or BellGrande for $3.49, topped with classic Taco Bell add-ons including beef, nacho cheese sauce, tomatoes and sour cream and also in a $5 box with Nacho Fries, a Doritos® Locos Taco, a Beefy 5-Layer Burrito and Medium Drink.