Home / Fanboying! • Russell / Wait… Sean Penn Picked Up A PEN! Russell Meets The Reclusive Star And He Was Sort Of Ok! NICE!

Can I tell you how jealous I am of Russell? Seriously… Sean Penn is someone I’ve always wanted and alas he has eluded me! Damn you Penn!

Russell was at the Salesforce Dreamforce conference and managed to get Sean Penn to relent and sign a photo for him. You could have knocked me over with a feather. Seriously.

Check out his full recap about the reclusive star below!

So a couple weeks ago I attended the annual Salesforce.com user conference called Dreamforce held in the city and one of those days Sean Penn was scheduled to speak with the Prime Minister of Haiti regarding the relief efforts going on. Naturally if I wanted to be prepared just in case there was a fanboy opportunity as you never know. Also that night there was a appreciation event with Blondie, GreenDay and MC Hammer performing.

So while roaming the Expo floor I noticed there were during a few interviews and on the couch I saw Mr. Penn and the Prime Minister being interviewed. Total luck as the schedule was not posted anywhere on interviews going on as they were both scheduled to speak later on in an auditorium. 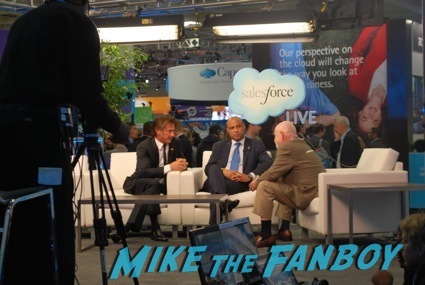 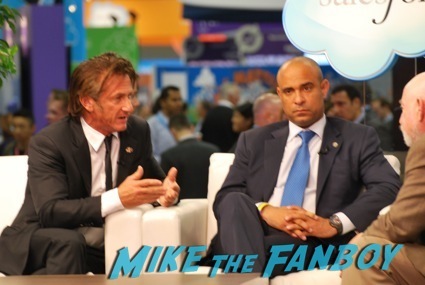 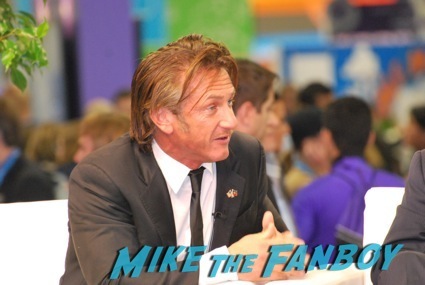 Figure this was going to be my best chance and got my backpack and 2 pictures I had of him (academy award one and a Fast Times). I waited for after the interview was over and figured only one place to exit and there was quite a bit of security for the Prime Minister. So right after they rushed off stage and I asked Mr. Penn politely if he’d mine autographing this picture. I told him to personalize it too, but he just looked at me and signed it real quickly and sped off. 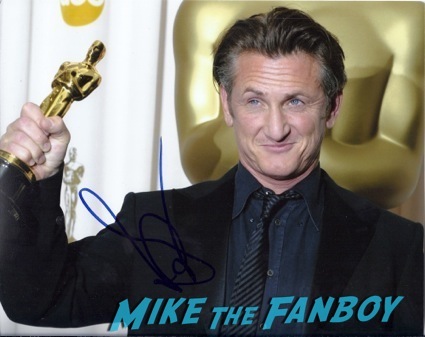 Later that day I did go to the speech they did and it was impossible to get anywhere near them so pretty lucky I got him when I did. 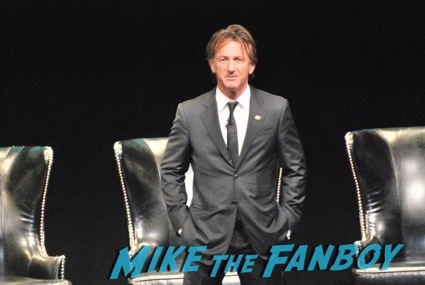 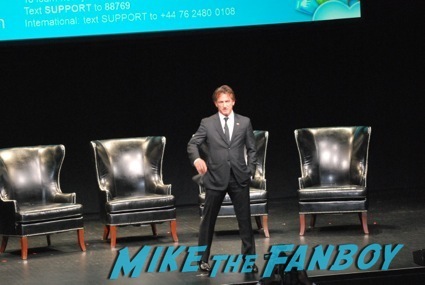 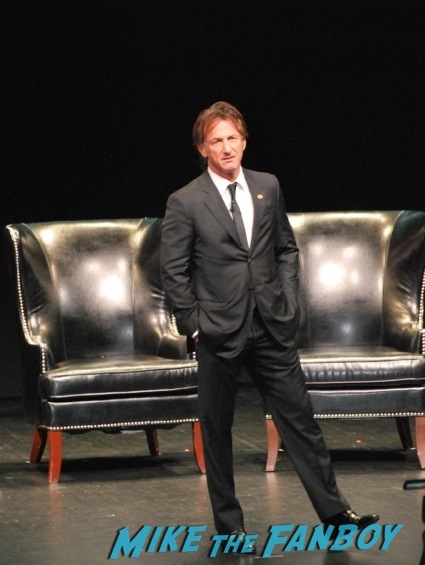 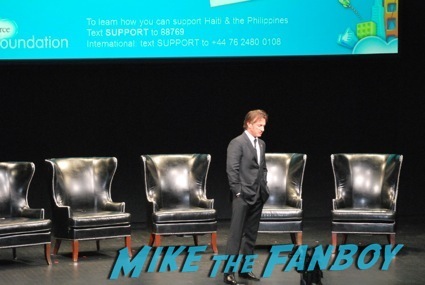 That night at the concert was pretty excited to see all the bands and it was pouring down buckets that night. 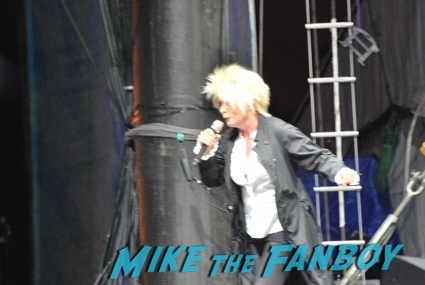 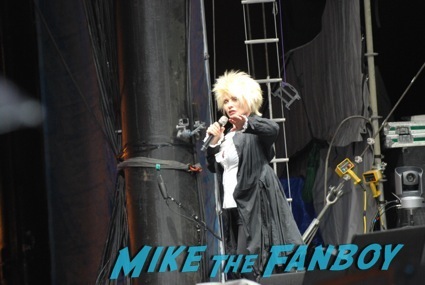 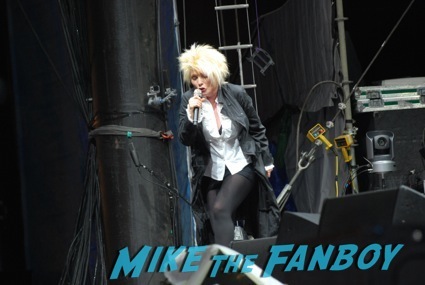 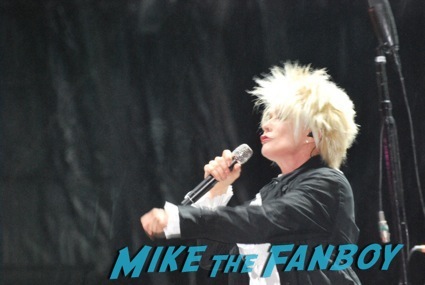 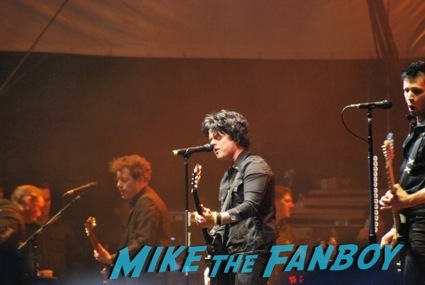 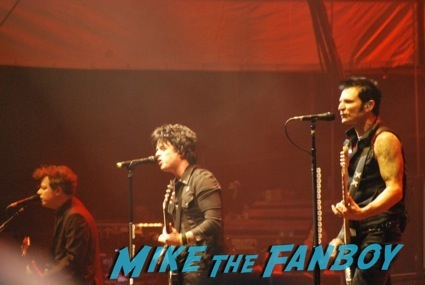 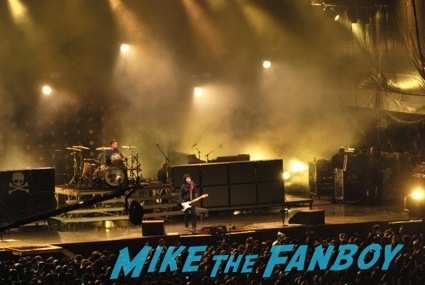 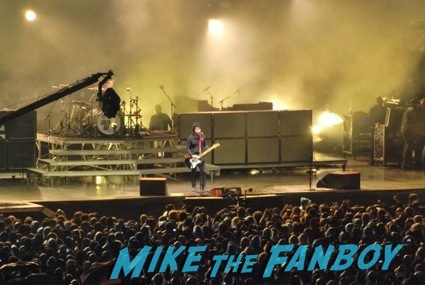 I was most excited to see MC Hammer as loved the Hammer during the college days. He was DJing the after party and had my CD jacket and a picture for him as well and he signed both before his show. 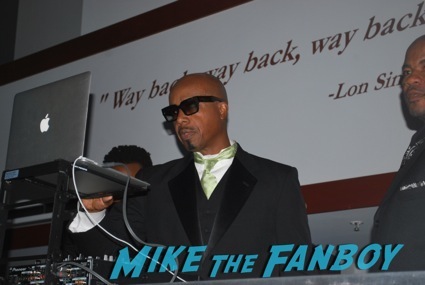 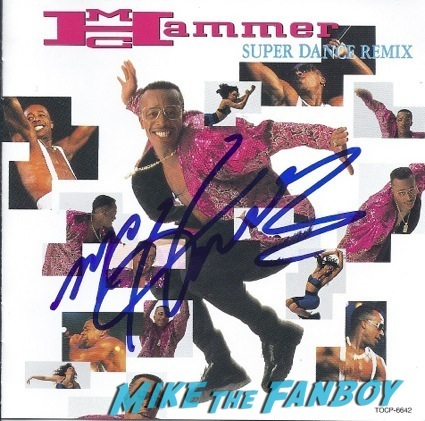 Long tiring day, but well worth it.