James headed out to the UK premiere of Sicaro, the Emily Blunt and Benicio Del Toro film. Also starring Josh Brolin, Sicaro has been doing well at the box office and the premiere in the UK was a bit… Waterlogged? According to James the carpet was a soaking mess. Doh! Still he was able to mee tEmily Blunt and Benicio Del Toro so it worked out well!

Last Monday saw the UK premiere of Sicario, Denis Villeneuve‘s thriller which stars Emily Blunt, Benicio Del Toro and Josh Brolin. Despite what can only be described at the worst weather I’ve seen in a while, I headed over to Leicester Square; Emily Blunt is one of my favourite actresses, and Salmon Fishing in the Yemen is one of my favourite films. Plus who doesn’t love The Devil Wears Prada? I’d met Emily once before, but my photo with her didn’t focus, so I was looking forward to the chance to get another picture. Plus, I’ve never had the chance to meet Benicio before.

When I say the weather was bad, I really wasn’t joking. The red carpet was literally sodden, and the the rain had forced some of the premiere poster boards to start to disintegrate. It was ridiculous, and more annoyingly I didn’t have an umbrella. Although the one bonus was that there were very few people waiting in comparison to usual. I had been hoping to get my DVD sleeve of The Devil Wears Prada signed, but I wasn’t even going to attempt it in this rain. 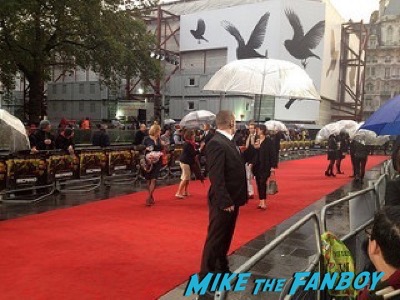 Emily, Benicio and Denis arrived together, and Emily straight away started to sign autographs and pose for photos. She went along the entire length of the red carpet, chatting away and thanking people for staying out in the rain. Her sharpie wasn’t in great condition due to the weather, but she still signed an index card for me, and posed for a photo with me. It’s come out pretty well I think given the rain! 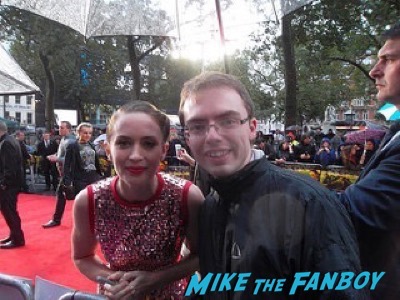 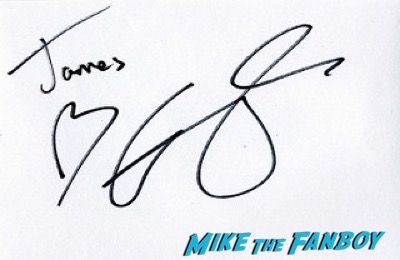 Denis walked past without many people calling for him, and I didn’t get his autograph. A surprise guest in the form of Top Gear presenter Richard Hammond arrived, and was happy to pose for a quick photo when I called him over. I LOVE Top Gear, and haven’t met Richard for over five years, so I was very happy! Given the rain I didn’t try to get an autograph. 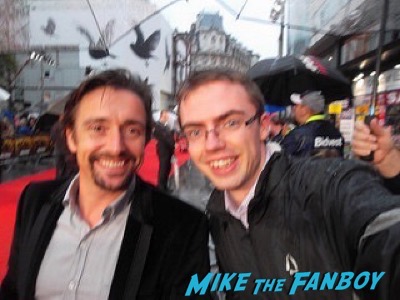 Benicio Del Toro also was going down the line signing autographs and posing for photos. To start with he was even holding his own umbrella, and when it was getting in the way of him meeting fans, he simply went along and joined the fans in getting soaked. I’ve not seen that from a Hollywood star before! The star of films including Traffic, Che, Sin City and Guardians of the Galaxy signed an index card for me (even though the weather meant the card got a bit damaged), and posed for a photo with me. This makes it clear just how wet it was! 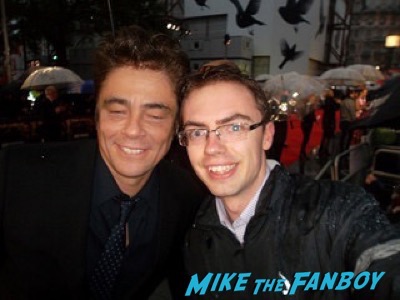 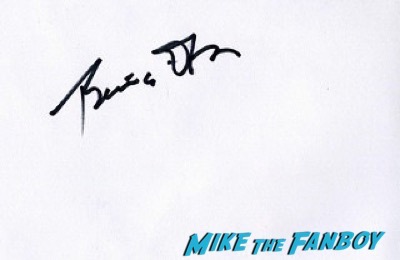 I’m a bit disappointed he’s not looking at the camera, but given the circumstances I’m certainly not complaining! Despite the weather it was a successful evening, getting to meet Emily is never a bad day! 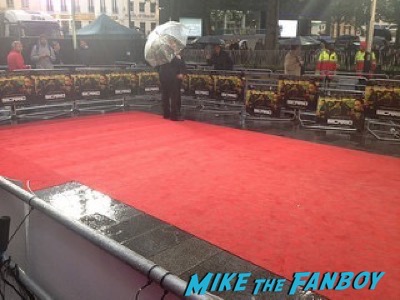 Check out more of James’ adventures on the other side of the pond here!