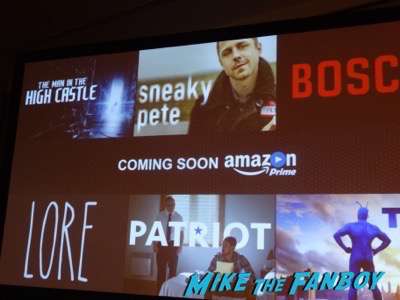 Sneaky Pete is an original series, produced by Bryan Cranston (who also acts in the series). Marius (Giovanni Ribisi) is a con man who assumes the identity of his prison cell roommate, Pete, when he’s released from prison. Marius soon learns that Pete’s life is far from easy and his new family is a bit colorful.

“In one of Bryan Cranston’s many Emmy award acceptance speeches, he mentioned the phrase “Sneaky Pete.’ It’s essentially a more affable way of saying con man or shyster,” explains Giovanni Ribisi. “It’s not necessarily autobiographical of him and his life, but most of the characters are named after relatives or people from his family or up brining.”

Well, we all hope that Bryan Cranston hasn’t been running a con on us all this time! Giovanni boils it down: “There’s two different shows going on within this one show. The one with the family and the world with Bryan Cranston and the underbelly and the casino that he runs.”

So how deep will this con go? Well, showrunner Graham Yost (Justified) cites some of his favorite con movies which gives you an idea of where Sneaky Pete is headed: “Grifters really got the cost. It’s a hard life. They’re not good people. The Sting got the sense of fun and success and surprise.” 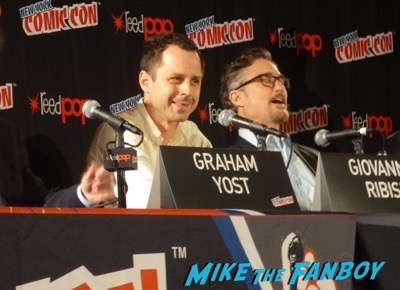 Graham (and many of the Justified writers) joined Sneaky Pete since “it’s a good idea for a show, the pilot’s fun and that cast was so spectacular. As writers, that’s a big draw. We assembled an amazing cast on Justified, but we had to put that together. We came into Sneaky Pete and it’s ‘here you go!’ Marin Ireland, Peter Gerety and Giovanni. That was a big draw.” 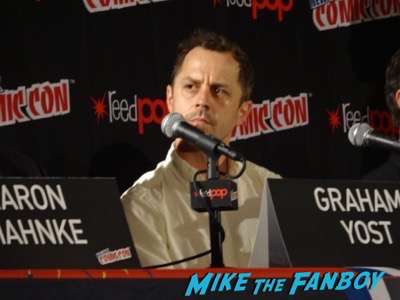 Sneaky Pete is set to debut on Amazon in 2017. If you just can’t wait, the free pilot is available now on Amazon.

At NYCC, Amazon made the announcement that they are creating a new series based on the Lore podcast by Aaron Mahnke. Lore is a popular storytelling podcast that focuses on fact-based horror stories. Gale Ann Hurd (The Walking Dead) is producing the series and she made the trip to NYCC with Aaron Mahnke for the announcement. 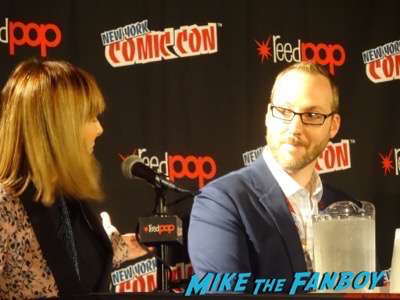 “We’re going to examine the truth behind the legends of the horror genre, something that we love. So the real-life stories behind vampires, werewolves, (my favorite) zombies, ghosts, and also serial killers and other stories that are where our modern fears come from. I could not be more excited,” begins Gale. “We’re going to be combining historical mixed media, narration and re-enactments to bring these nightmares to life.” 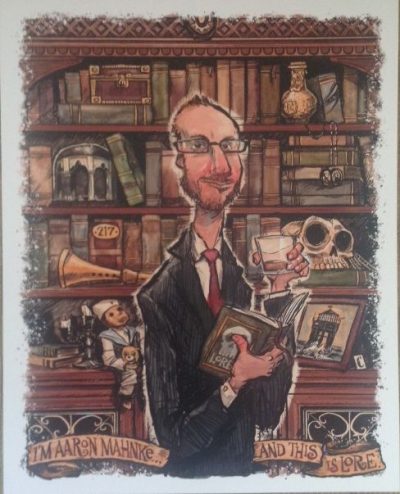 How scary will this be? The series will be run by Glen Morgan who wrote some of the scariest episodes of The X-Files. “The challenge we are embracing is making unscripted scary. And this is horror at its most basic and more frightening because it’s all true,” promises Gale.

Lore is set to debut on Amazon in 2017. Give the podcast a listen for a flavor of what’s ahead!

Check back soon as I have previews for Amazon’s Patriot (James Bond crossed with The Office) and a chat with Ben Edlund and Barry Josephson on The Tick!