I’ve been a huge fan of Sophie Turner since her first appearance as Jean Grey! Yes, I know Dark Phoenix was a shitty movie, but Sophie Turner is a pretty sight to look at for however long the movie is. Anyway I’ll be finally starting Game of Thrones once the semester ends and I’m already excited to see what’s in store for Sansa Stark. Sophie was super nice enough to sign funko at the SAG Awards this year, but she wouldn’t sign it in a paint pen and she used a dead ass sharpie. I’m still thrilled to have her in my collection. Hopefully this virus ends soon so I can get more funko’s signed and get out of the apartment. 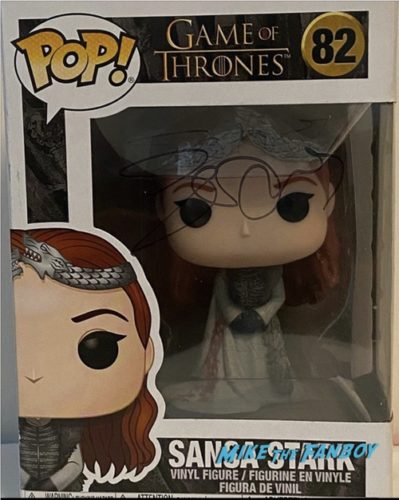