OMG… Can I just say OMG! Pinky’s photo minus the random Photo Bomb, with Sarah Jessica Parker is amazing! AMAZING! So jealous!

While we all adore Sex and the City, Pinky is going back… Way back… Back to Square Pegs! Say Wha!? I know! She met the cast of the cult series which of course includes Carrie Bradshaw, I mean Sarah Jessica Parker!

Hello, my lovelies. Pinky Lovejoy-Coogan here thinking about one of my fave shows from long ago. I’m sure a lot of you can relate, but “back in my day” we didn’t have all these special channels aimed towards kids or teens (sorry I’m sounding like those commercials on TV), so to see kids my age (or even a little bit older) on TV was a BIG DEAL. One of the first shows I remember really identifying with was Square Pegs, which chronicled two outcast Freshman in high school played by SJP herself (Sarah Jessica Parker) and Amy Linker. 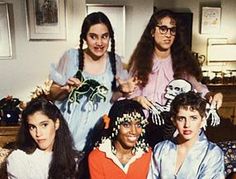 Although I was only 9 or 10 when it aired, I remember being completely obsessed with it. I related to the main characters SO much and couldn’t wait to get to high school. I remember the show being quirky and funny and focused on their tight-knit friendship and loyalty towards each other despite all odds. 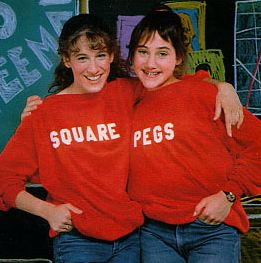 These girls felt like they could be my friends and I rooted for them. It’s funny – it felt like the show was on for awhile, but after pulling it up on IMDB it looks like it only aired 20 episodes. Say it isn’t so! Didn’t they recognize what a gem of a show they had? Sheesh! 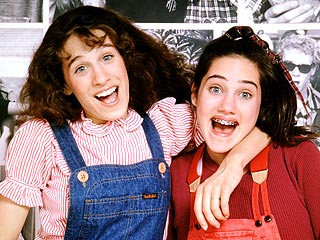 Anyway, over the years I’ve been lucky enough to meet several cast members from the show beginning with SJP. I met SJP at Sundance after her movie and she was the sweetest thing. When I asked her for a picture, she said, “Yes, of course, but is it OK? Am I allowed?” I said, “You’re SJP, you can do whatever you want!” 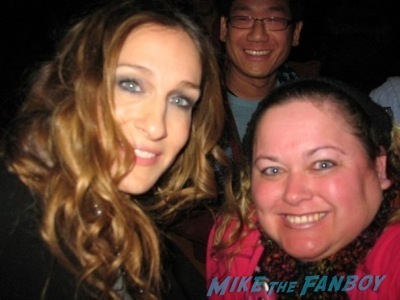 A few years later I met Jamie Gertz (who played “Muffy” on Square Pegs) after her play in LA and she was very nice. 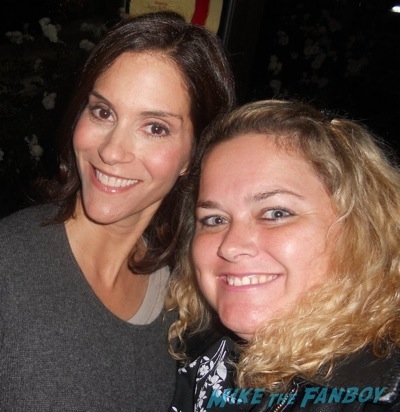 This past weekend I was thrilled to meet Amy Linker (who is also my Facebook friend and I didn’t even know it – silly me!) at a party. Although I tried to play it off like it was completely normal to be talking to the girl from Square Pegs, I’m fairly certain I failed miserably (what’s that expression…open mouth, insert foot?). Thankfully she was kind enough to take a picture with me and Keith, which geeks my inner nine-year-old in me out to no end. Thanks, Amy! Sorry I came off like such a spazz. 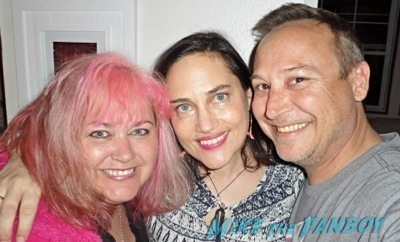 If you haven’t heard of or seen Square Pegs, you can get the entire series on eBay for under $10! It’s a steal! Hurry! Fast! For additional pink fodder, please visit www.pinkylovejoy.com or follow me on Twitter @pinkylovejoy. As always, have a pink day!