I recently went to a screening with Mike. One of the main actors I wanted to sign was Joe Mazzello. Joe was in a film that I really love, Radio Flyer. I never thought I would have the chance to meet the other boy in the film after I was lucky enough to have Elijah sign for me. As luck would have it, Joe was scheduled to appear at the Q & A we were attending. When I asked Joe to sign it, he said that it was still his favorite gig that he has ever had. He said that the movie meant a great deal to him. He also told me that he was going to sign it “Joseph Mazzello,” instead of Joe because he went by Joseph when he made the film. Joe couldn’t have been nicer. Thank you, Joe for making my night! 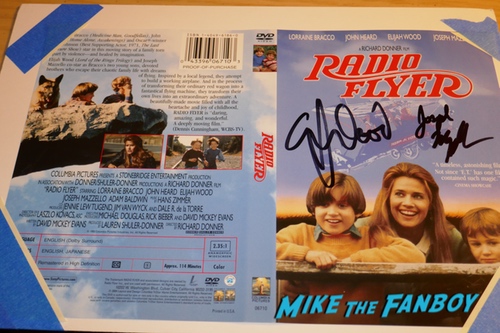