Home / Fanboying! / Taron Egerton Goodness! The Rocketman Star Was Really Cool With The Three Of Us Waiting! Autographs and More!

Scotty and I headed out to meet Kingsmen star Taron Egerton. I love Kingsmen, it’s one of my favorite series. Taron is really good as Eggsy and he was great as Elton John in Rocketman.

I have a few things for Taron, so I’m hoping that he’s cool tonight.

Shockingly, as I dodged traffic and tried to make it down, I realized there was only the two of us here. I was stunned. These days, just walking out the door 20 people will show up for the second extra from Blossom. So, to only have the two of us here for Taron is pretty cool.

Sadly, we didn’t catch him going in, so we hung out and waited.

We chatted about the crispy Los Angeles weather, and life, you know the usual grapher talk.

One other person showed up, so there were three of us. Finally, Taron was leaving and we asked nicely if he wouldn’t mind signing. He said, “I’ll do one each guys.”

Hey, better one than none. 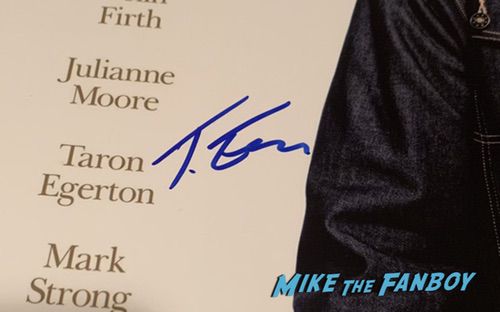 He was very cordial and gabe all three of us a nice graph, so I’m pleased.

Sorry for the lack of pics, but sometimes things happen too fast. 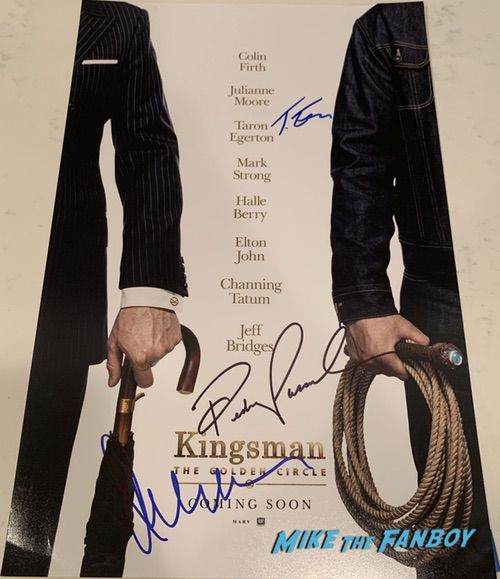