Home / Marvel • NEWS / The Avengers Movies Without Captain America? Iron Man? And Thor? It Could Happen! Plus Age Of Ultron Scoop!

The Avengers sequel The Avengers: Age of Ultron starts shooting in a couple weeks, but after that the original Avengers lineup could change. Can there really be an Avengers film without Tony Stark?

According to an interview on movies.com with Kevin Feige, that’s not only a possibility but a probability!

“Introducing the new characters is going to be a lot of fun for the movie, that ever-changing roster is very important in the Avengers comics, and so how do we start to play with that [on the big screen].” 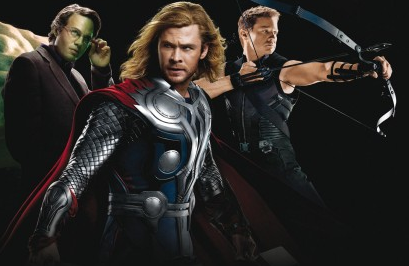 When talking about Age of Ultron, Feige had this to say, “Our bad guy is great. I think people are going to be very, very excited to see what we’re doing with the voice that Joss [Whedon] is bringing to life with James Spader for Ultron. We love Ultron from the comics, and have always loved Ultron, and at no point do we want him to just be a robot. We want him to have an extreme personality and attitude, and James Spader is doing an unbelievable job. Again, for us it’s always about subverting expectations. Whenever you think you know what’s coming next, we surprise people or deliver it in a slightly unexpected way. And Spader is doing that with Mr. Ultron.”