Welcome to the new season!

While spring is still a few days away, con season has started this weekend! My first con of the season? Indiana Comic Con. Yes Indiana!

The first con for the Circle City, my sister and I made the road trip to visit this wildly successful inaugural year for the first con in Indianapolis. The con had over 3x their expected attendance and had to stop admissions when the fire marshal came to close things down. Definitely a sign of a good con! 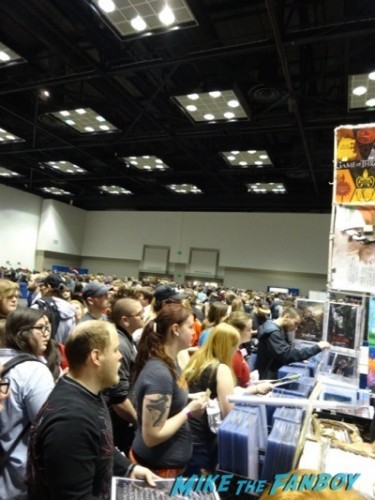 Maisie Williams (Arya Starck) was on hand to greet fans. The mark of a true veteran, the first thing she did was test the pens – got to love her! She also held a Q&A which I’ll report on separately so keep an eye out! 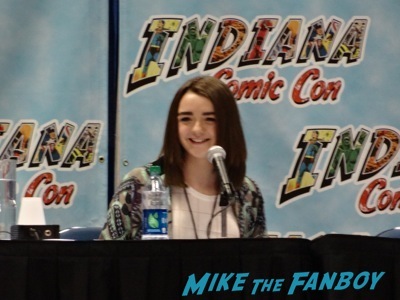 Black Canary left Starling City to make a visit! Yes, Caity Lotz met fans and was happy to chat about how much fun she’s having, how much time they do NOT get to prep for their fight scenes (they usually learn the fight that day) and all the general fun she’s having on Arrow. 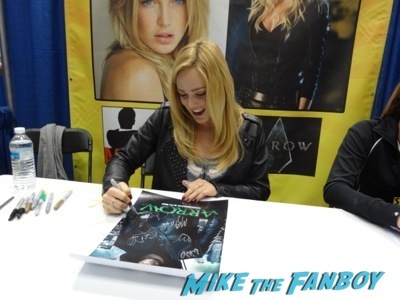 There were also two stars from the most anticipated film of the year (says Fandango): X-Men: Days of Future Past. Daniel Cudmore (X-Men 3, Twilight) plays Cololossus, and yes, he really is that tall. 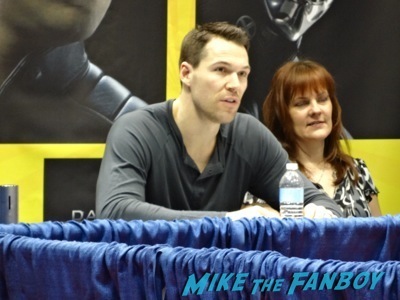 The other X-Man is Evan Peters who plays Quicksilver and also starred in American Horror Story. He actually had the biggest line completely with hyperventilating girls who nearly passed out when they saw him. 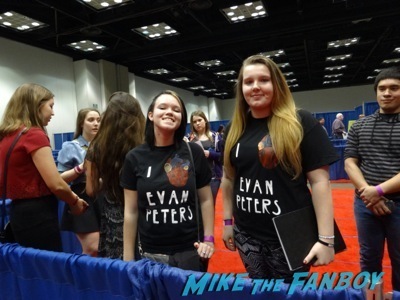 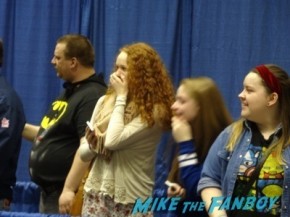 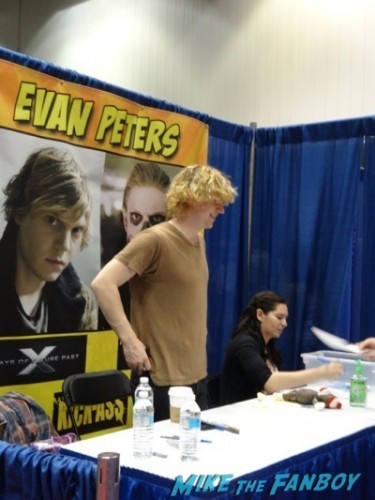 Beside the media guests, Indiana Comic Con had an artist alley which featured the Great George Perez: 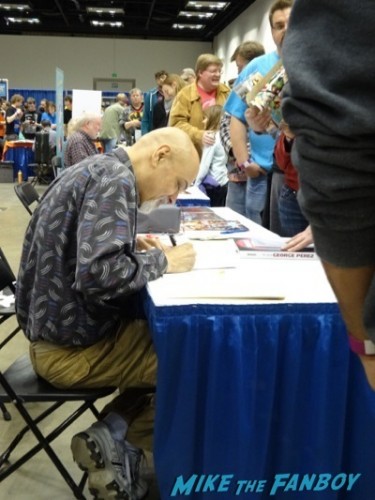 The exhibitors were busy and included some fun balloon artists with some original designs: 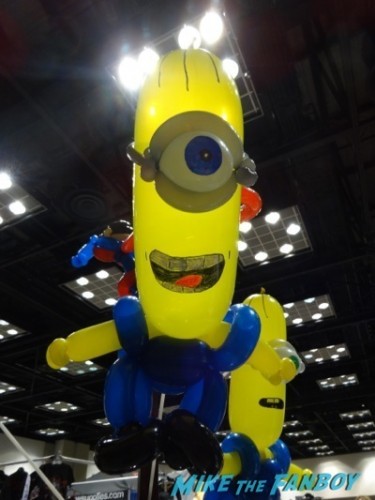 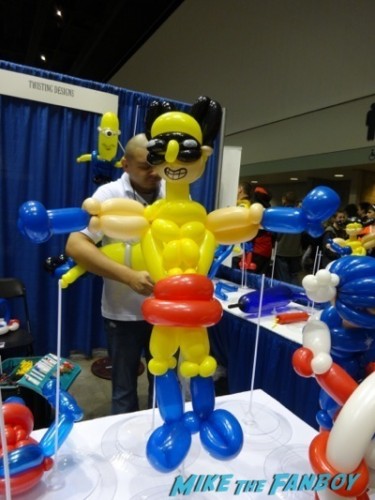 There was also a lot of fun cosplay with families getting into the act (check out the world’s cutest Wash from Firefly!): 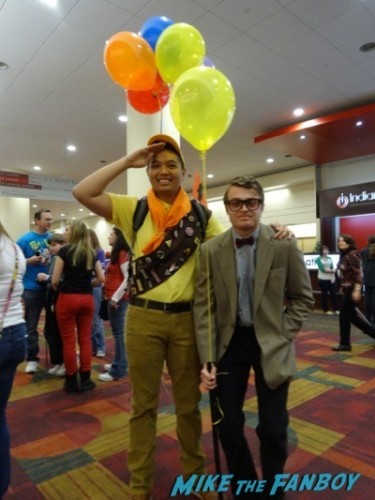 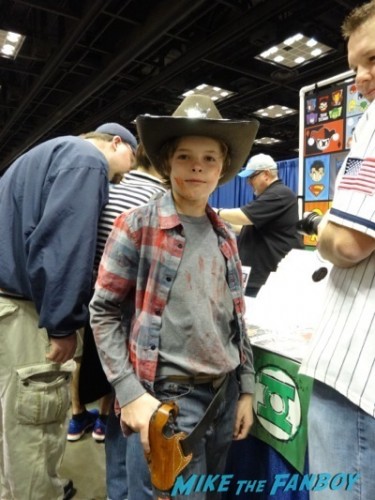 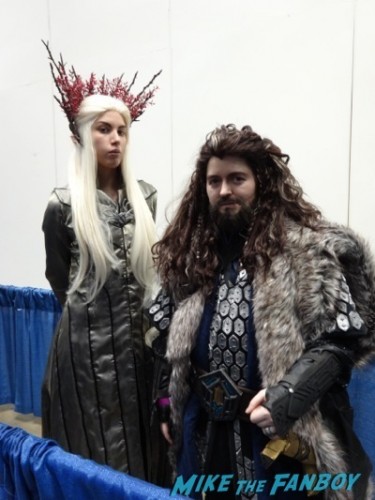 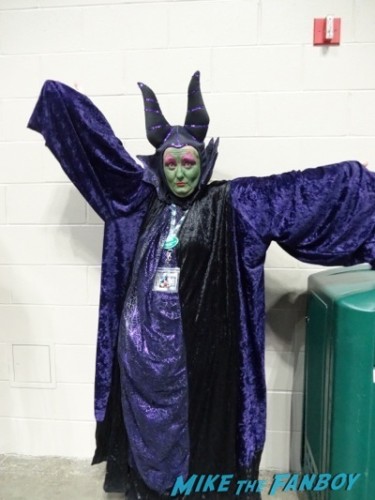 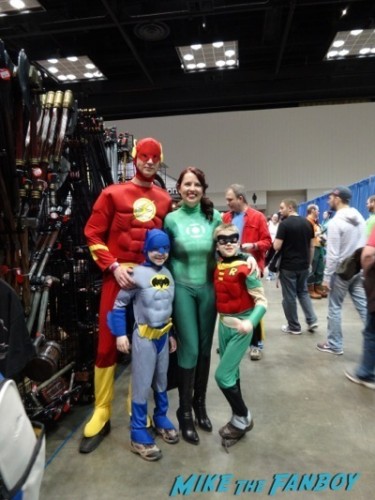 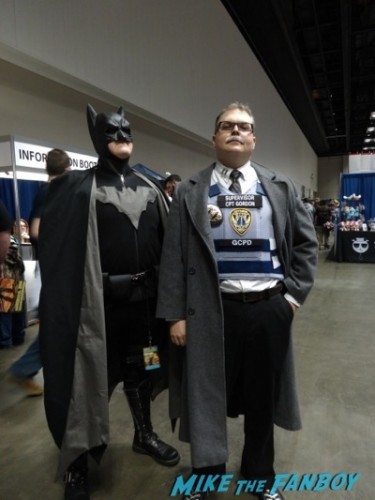 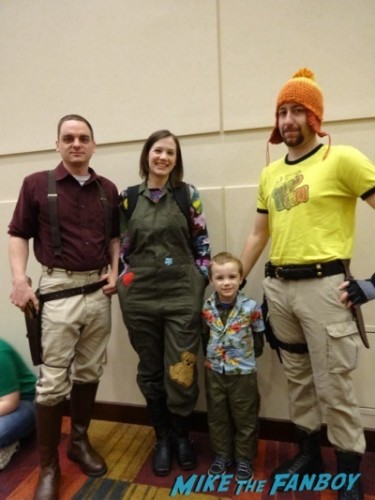 All in all, it was a fun day and a great start to a con which will surely be back next year (likely with more space!). Remember to keep an eye out for another post with all the news from Maisie Williams on Game of Thrones!