I am so excited, because today there is a special screening of what is… one of my favorite films of this year, The Help. It stars Emma Stone, Bryce Dallas Howard, Viola Davis, and Octavia Spencer and tonight the entire mentioned cast is going to be there including Allison Janney.

Of course these special screenings are such a great way to meet people and get things signed, lately they have been a tad more difficult but I’m willing to risk it.

Joining me today is Pinky, CB and Scotty. So, let’s cross our fingers and hope it all works out.

6:56 p.m. – I have my popcorn, my soda, and I am all settled down for a long winter’s nap… LOL… Just kidding, I’ve already seen The Help, but I’m curious to see if it holds up like I remember. I really enjoyed this film so seeing it again is kind of a treat.

9:18 p.m. – The film has ended. Scotty really liked it, and I have to say seeing it again I enjoyed it just the same as the first time. CB was texting during the film and he said he’s seen it… five times… I’m going out on a limb and say, “CB likes The Help.” lol…

9:20 p.m. – The cast members are coming up for the Q and A. It’s the above mentioned cast. God, Emma Stone looks so cute! 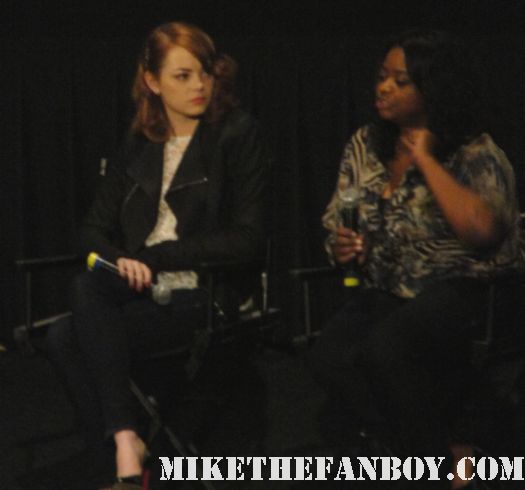 9:21 p.m. – I brought my The Help mini poster, but what I really wanted to get signed is this rare promo The Help recipe box I found. It’s the movie poster cover art and inside there are recipe’s used in the film. 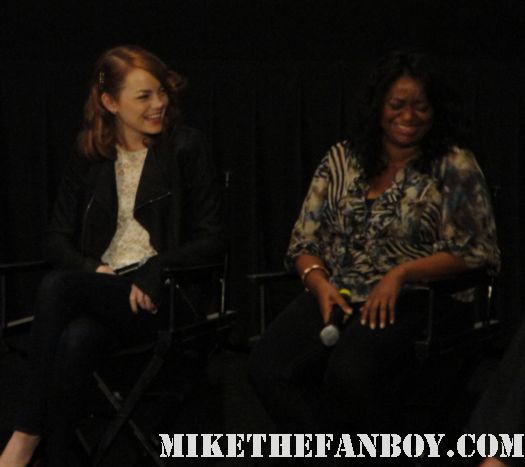 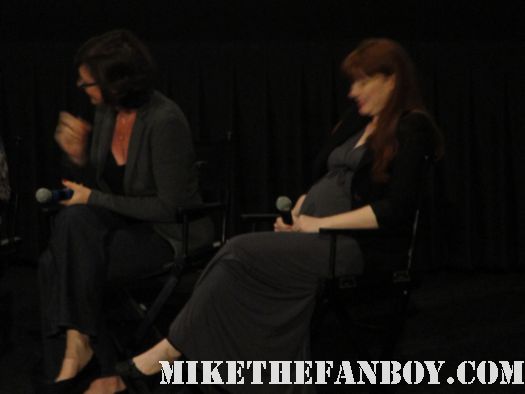 9:25 p.m. – The cast is super cool. They are interacting and Bryce Dallas Howard just mentioned how much she has been enjoying doing press for the film this time around because she gets to hand out with the cast. 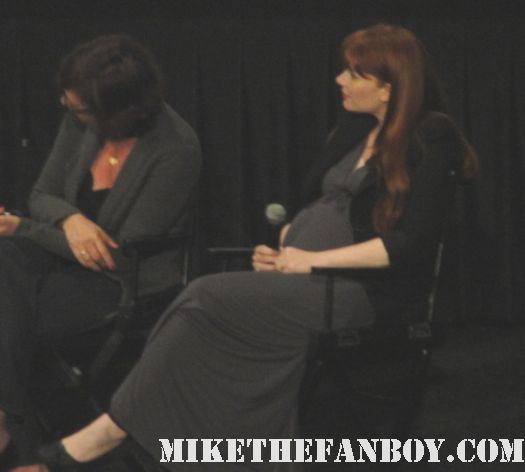 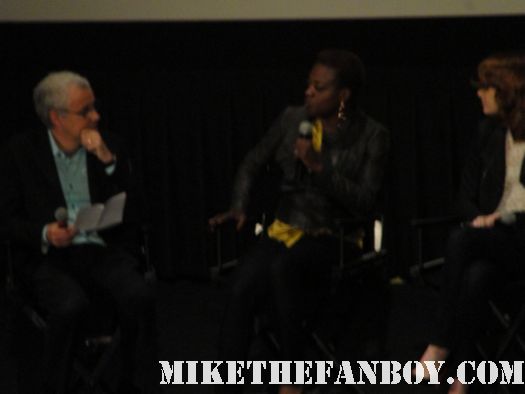 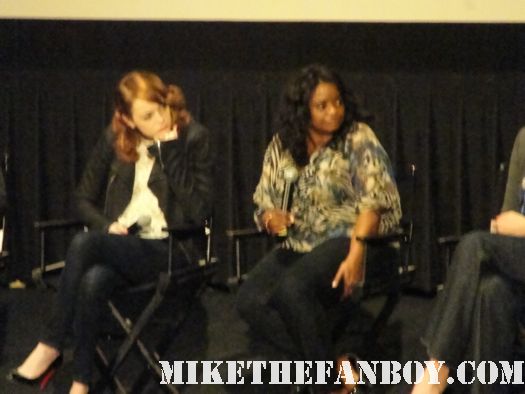 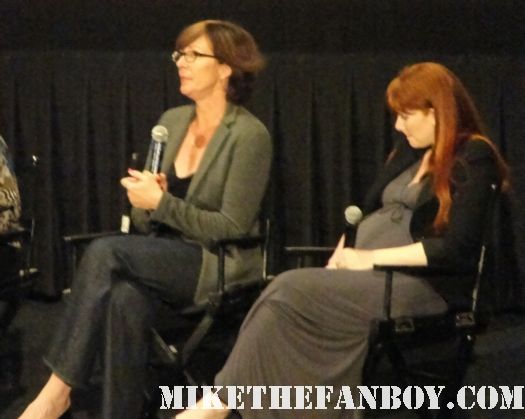 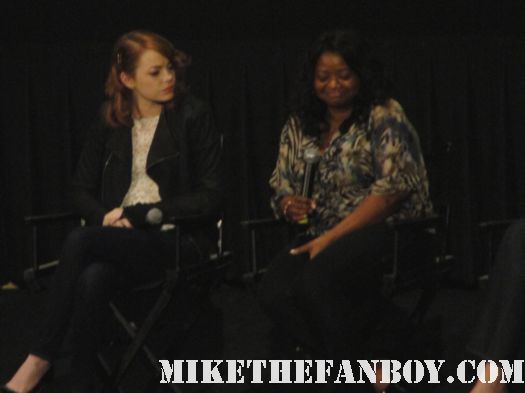 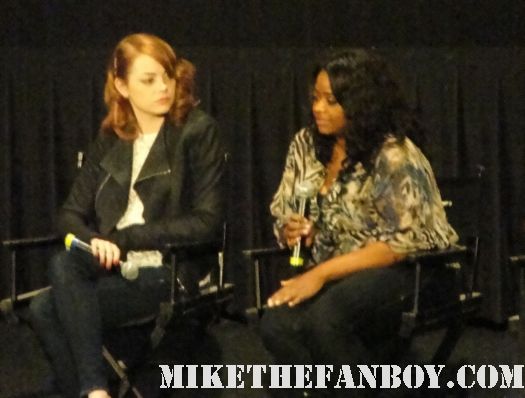 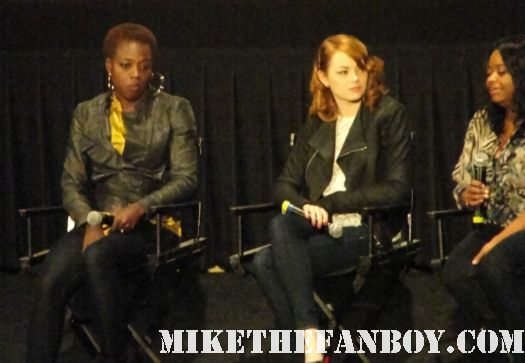 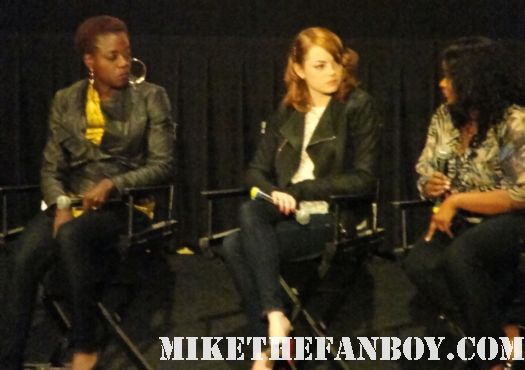 9:31 p.m. – The Q and A is pretty good. Viola Davis just talked about translating the book to the screen. I can recap the entire q and a but I would rather share the following clips with you guys instead because the actors can talk better than I can recap them talking. lol…

9:48 p.m. – Okay, the Q and A is over… Security is being such jerks. Sigh… however, the cast is walking right by us. I have my recipe box and am just going to go for the one piece to get signed. Bryce Dallas Howard is walking by and I just simply ask, I say Bryce would you mind signing. She was like, “Sure!” She signs for me and I think I’m the only one who got her.

9:49 p.m. – Then Emma Stone is walking by. CB has a photo for her and Scotty has a magazine. Emma comes by and honestly is so nice. She signs for all of us and then heads out. I really wish I could have gotten a photo with her but it was so nice of her to stop! Then Viola Davis walks by and again she is happy to stop and sign as well. It was like a row of autographs. LOL… After Viola Davis signs security yells at CB and tells him he has to move. Oh, okay theatre security… It wasn’t even Viola’s people, it was the theatre security… Sigh… Little people with a badge… You know, it’s like a rush for people, and so sad.

9:51 p.m. – I just noticed that Octavia Spencer is literally just hanging out talking to people. So, the three of us head over. Octavia is okay, she is taking photos with people, and then she stopped to sign CB’s poster and finished my recipe box. CB then asked her for a photo, and Octavia says, “Honey you just got an autograph, don’t be greedy!” She was nice though, I started taking photos for people and became the resident photographer, lol…

I’m probably going to have to go to another screening to get my mini poster signed, so thankfully I really like this movie! LOL! But I’m so so so so happy I was able to get my promo recipe box finished. It looks super cool, and I’m grateful! 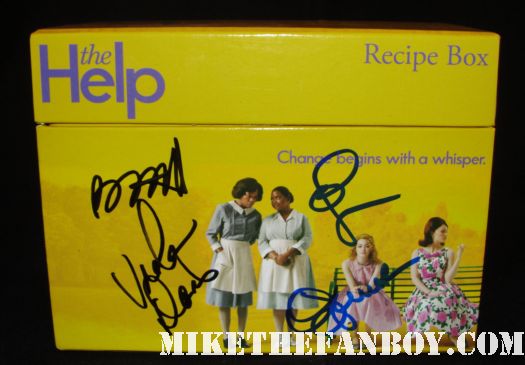