The Last Starfighter is one of the best films to come out of the 80s. It’s a cult classic that has endured over the ages and is so much fun to watch, even today.

Recently, the cast reunited for a q and a here in Los Angeles, and I knew I had to go. Director Nick Castle, cast members Lance Guest, Catherine Mary Stewart, Chris Hebert and Peter Nelson were all on hand for the screening.

I brought my Last Starfighter mini poster and my Night of the Comet mini poster with me and headed out.

Big Mike was on hand as was Chris The Autograph Dog.

Sadly, I wasn’t able to make it in time for the q and a, but I was lucky that the cast came outside to do some group photos. 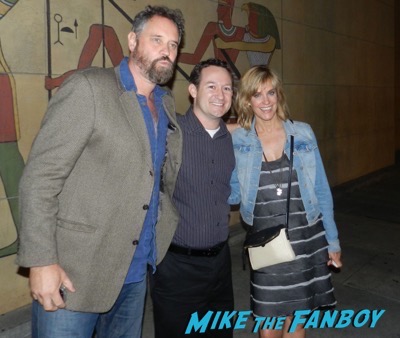 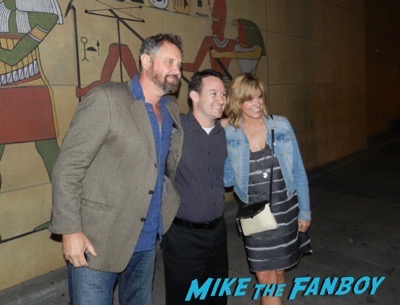 First I talked to Catherine Mary Stewart who was adorable. She thanked us all come coming and signed my Last Starfighter and Night of The Comet mini posters. 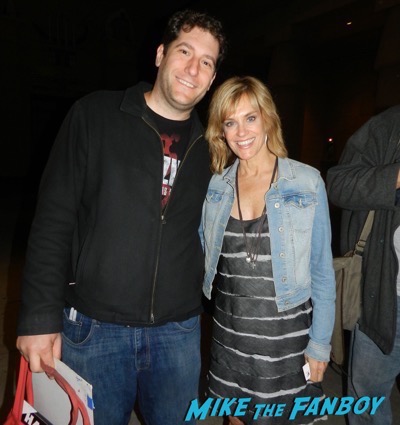 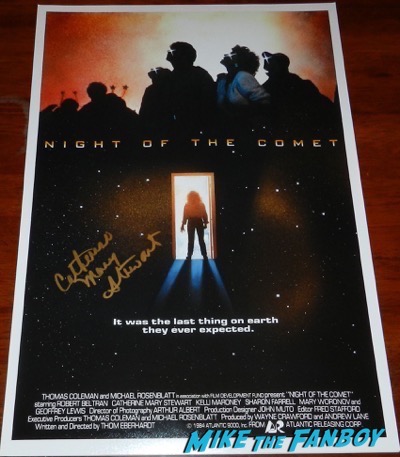 Then I talked to director Nick Castle, who is an interesting guy… He signed my Last Starfighter mini poster and mentioned something about finally a movie he was actually in. Nick was the “shadow” in Halloween and a lot of people had Halloween stuff for him to sign.

Chris Hebert who played Louis in the film was super nice and you could tell he was excited people still remember the film fondly. 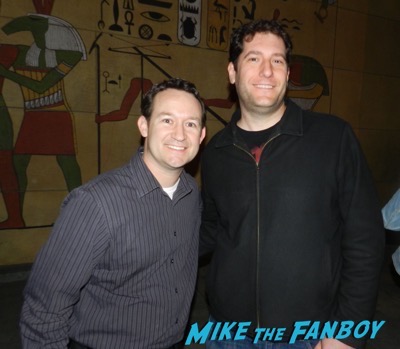 Peter Nelson was hyper cool. Peter was in another of my favorite series, “V” and I told him there needs to be a “V” remade with the original cast. He mentioned that they were trying to work on something. 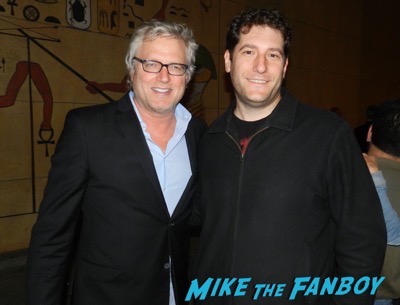 And finally, I talked to Lance Guest, who was super cool. He brought his family to the screening and he was really enjoying hanging with the fans. 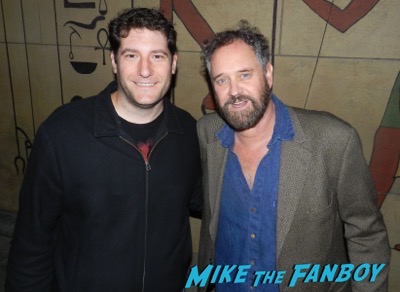 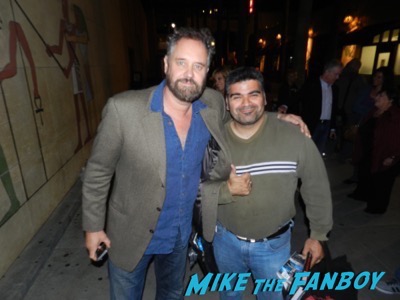 All in all it was a great night and I’m glad I made the trek to Hollywood! 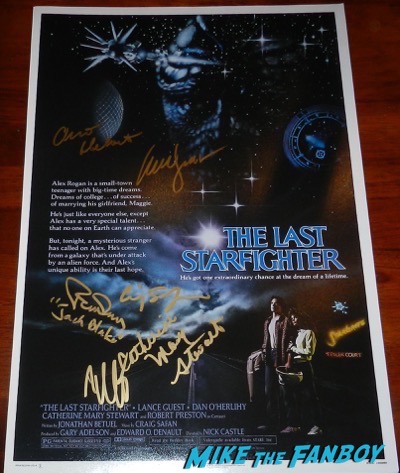